KIRBY Exemplifies her Commitment to Creating “Soul Music for the Future” with the Release of ‘Break Her Heart For Me’, a Preview to her Forthcoming EP ‘Sis, He Wasn't the One’

Hot on the heels of securing a coveted support slot on John Legend’s forthcoming US tour this autumn, KIRBY is now set to unveil ‘Sis, He Wasn’t the One’, a part two to 2020’s much-celebrated ‘Sis’ EP. In anticipation of this October 1st release via Play It Again Sam, the Memphis-born, Mississippi-raised rising star has shared her new single, ‘Break Her Heart For Me’, on which her efforts to detail the trappings of relationships are once again unmatched. Throughout the track, set against a divine backdrop of future-facing soul, KIRBY delivers introspective musings drawn from her experiences learning and growing – her falsetto vocals yielding and soulful to match the candour in her lyrics, the bright and upbeat-sounding chorus concealing sombre meanings.

KIRBY delves into the meaning behind the song: “’Break Her Heart For Me’ is the post-break-up warning to all my ex’s: I know we might be over, but don’t forget how much I know. It’s my ego’s way of trying to woo a lover back with ultimatums. Yes, it’s petty…but when you learn someone’s not perfect they seem to portray themselves as such in their next relationship, and you’re tempted to call their bluff. So instead of posting screenshots on my IG story or leaving comments on his pictures from my burner account, I decided to write a song about it. A heartbreak anthem – sung with a lot of “I wish a n**** would” energy. It’s like a beautifully sung ransom letter.” 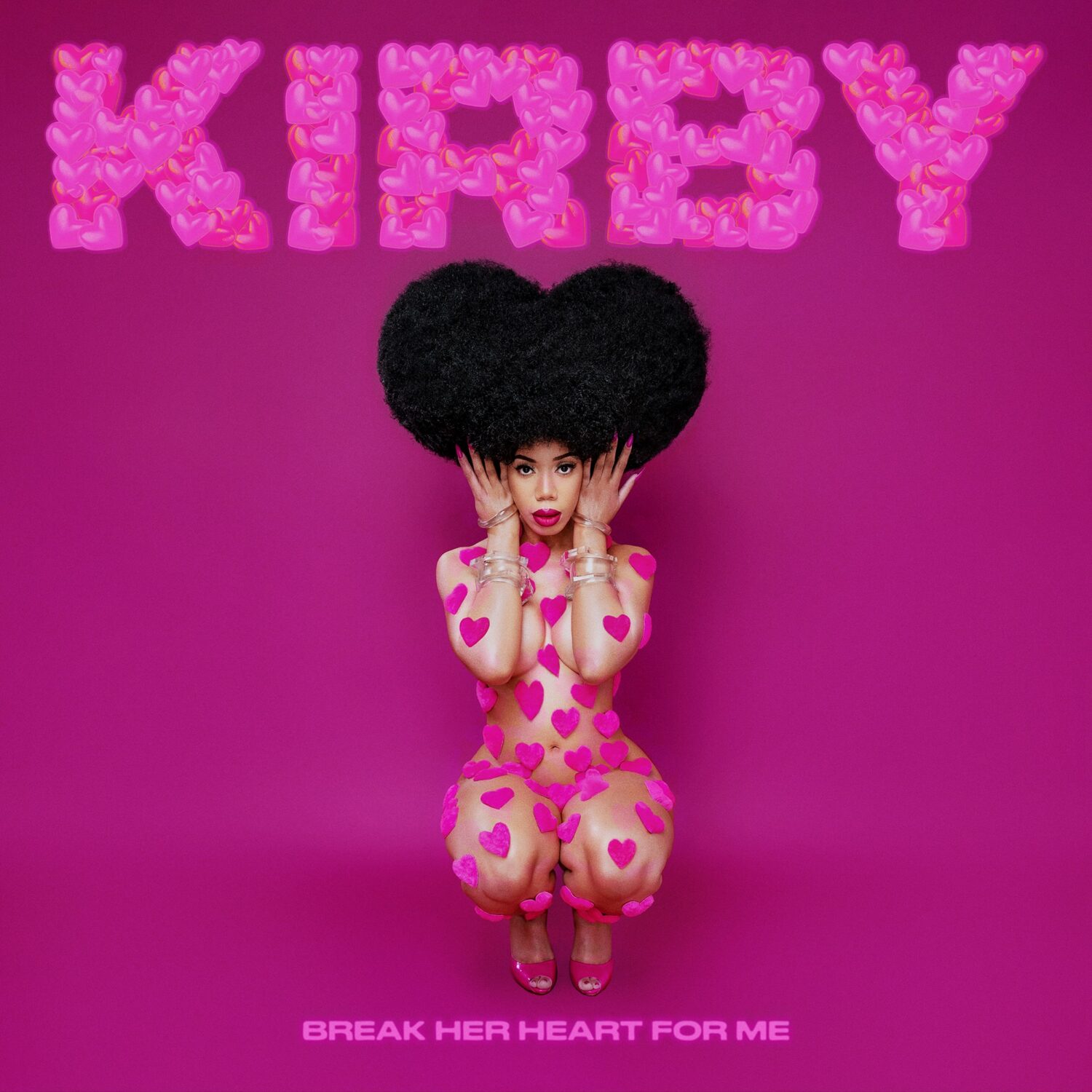 Break Her Heart For Me

KIRBY was already well known and much-lauded for her skills in songwriting before shifting the spotlight onto her own captivating artistry. The acclaimed American singer and songwriter cites a commitment to creating “soul music for the future” in a time where many no longer ascribe to genre. She developed her voice singing in the Southern Baptist church from a young age – training that shaped her standout vocals and strong character. Last years ‘Sis’ EP saw her appear on NPR’s Tiny Desk, three separate usages in the most recent season of HBO’s series ‘Insecure’ and over 18 million streams across streaming platforms in only a few months. She has additionally featured on the popular COLORS series. With further collaborations with musicians like Lucky Daye and The Menahan Street Band (of Amy Winehouse’s iconic album Back to Black), her standout songwriting skills have seen her pen tracks for Beyoncé (‘Die With You’), Ariana Grande (‘Break Your Heart Right Back’) and Kanye West (‘FourFiveSeconds’, ‘Only One’) among others.

The ‘Sis, He Wasn’t the One’ EP is just the latest step in KIRBY’s ever-expanding catalogue, and her newest foray into showing listeners her original sound as the “granddaughter of soul.”