Speaking about her debut LP, Arlo says “My album is a series of vignettes and intimate portraits surrounding my adolescence and the people that shaped it. It is rooted in storytelling and nostalgia – I want it to feel both universal and hyper-specific.” Collapsed In Sunbeams will be released on 29th January 2021 on Transgressive Records. The album is available to pre-order on limited edition vinyl, CD and cassette here : 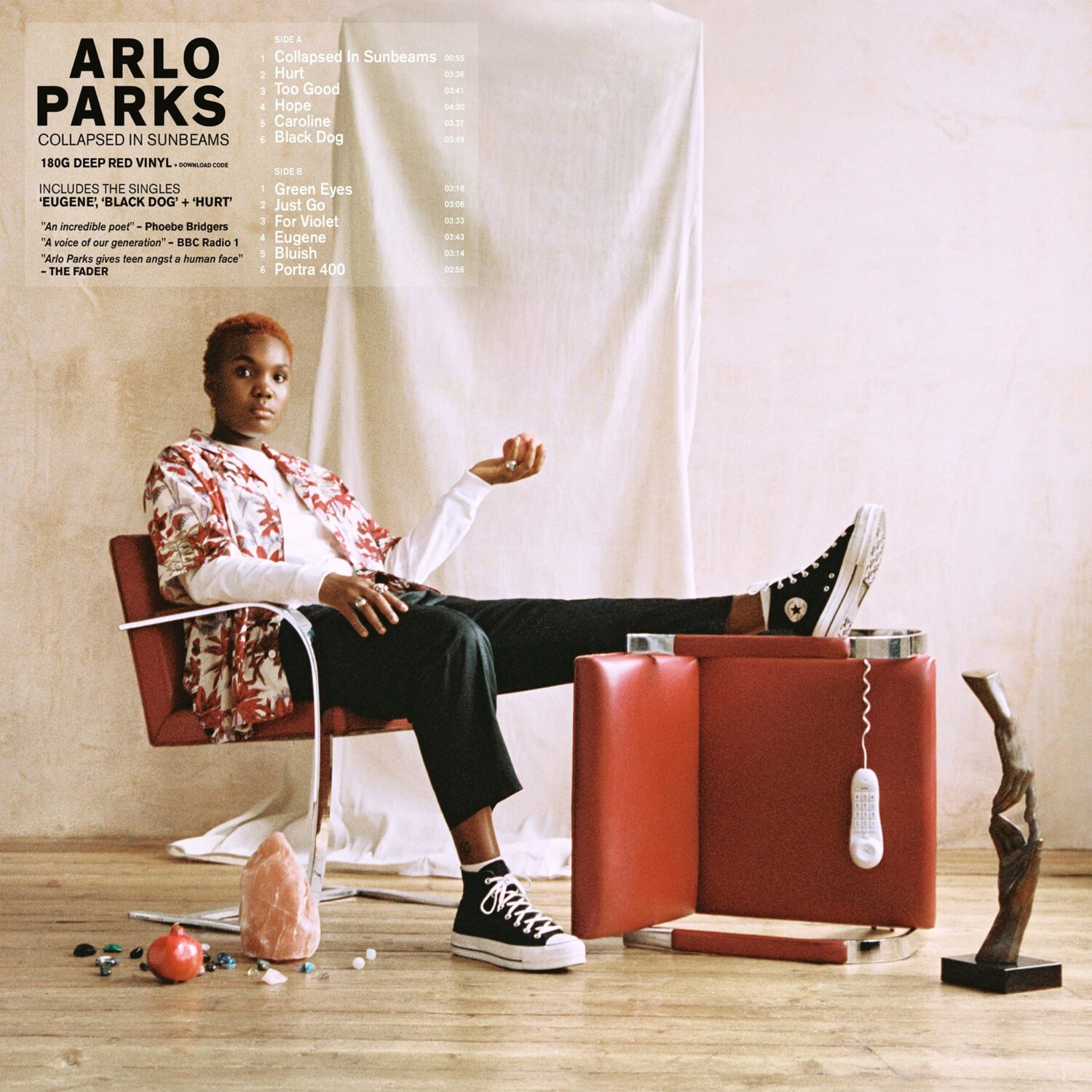 The news follows the release of Arlo’s recent singles “Hurt” and “Black Dog”, both of which were playlisted simultaneously on BBC Radio 1 and BBC 6 Music A-lists and have amassed millions of streams worldwide. Arlo also lends her vocal to the current Glass Animals single “Tangerine”, which was released last week, and Fraser T. Smith’s new track “Strangers In The Night” – the two recently performing the song on Later.. with Jools Holland.

2020 continues to see Arlo ascend, recent press features have seen her grace the cover of Evening Standard Magazine, NME and Dork Magazine as well as being included on the 2020 Dazed 100 List. And all whilst performing stand-out shows for the revered COLORS and NPR’s Tiny Desk series – plus being one of only three artists to perform at Glastonbury this year. She was recently asked by Phoebe Bridgers to accompany her for a Radio 1 Piano Session, where the pair performed a cover of Radiohead’s “Fake Plastic Trees”.

Arlo has also been named an ambassador for the British mental health charity, CALM. Whilst her songwriting has seen her gain new fans in; Billie Eilish, Florence Welch, Michelle Obama, Angel Olsen and Wyclef Jean, among others.

On a personal level, Parks struggled with her identity growing up; a self-confessed tom-boy who was super sensitive and “uncool,” she says it was like “I’m a black kid who can’t dance for shit, listens to emo music and currently has a crush on some girl in my Spanish class.” By the time she reached 17, she shaved her head, figured out she was bisexual and produced/wrote an album’s worth of material.

Growing up in South West London, half Nigerian, a quarter Chadian and a quarter French, Arlo Parks learned to speak French before English. A quiet child, she’d write short stories and create fantasy worlds, later journaling and then obsessing over spoken word poetry, reading American poets such as Ginsberg and Jim Morrison and watching old Chet Baker performances on YouTube. These days she references Nayyirah Waheed, Hanif Abdurraqib and Iain S. Thomas as her favorite modern poets, and it is clear that their works are as influential on her song-writing as any musician. Books too, such as The Bell Jar by Sylvia Plath and Norwegian Wood by Haruki Murakami.

"The way Murakami writes in that book is how I aspire to write my songs; gritty and sensitive and human."

Fela Kuti‘s Water and Otis Redding‘s Sittin On The Dock Of The Bay sound tracked Arlo Parks’ childhood, but it was aged around 13 that she discovered King Krule; an artist who would heavily influence the music she writes today. Later listening to more hip-hop (from Kendrick Lamar, MF Doom and Earl Sweatshirt to the more confessional sounds of Loyle Carner) and rock (Jimi Hendrix, Shilpa Ray and David Bowie), as well as the subdued, pained sounds of Keaton Henson, Sufjan Stevens and Julien Baker, Parks explains, “I would write stories so detailed you could taste them, while maintaining the energy and life of the hip-hop I loved.” There’s a visual, almost cinematic quality to her writing too, which is born from her love of horror films, streetwear and abstract art.