It’s Arlo Parks Day! We Celebrate the Beloved Creative and the Debut Album We’ve All Been Waiting for, ‘Collapsed in Sunbeams’

Arlo Parks – need we say much more?! We know you know the name, and more than likely you’ve been witness to the sheer phenomenon of this endearing 20-year-old British singer-songwriter. But today marks the release of Arlo Parks’ hugely-anticipated debut album, Collapsed in Sunbeams and we could not be happier, prouder, and truly honoured to join the beloved poet/artist/musician in celebrating. We’ve been looking forward to this release since we first heard the evocative opening lyrics of 2018’s ‘Cola’ – “Leave me to my own devices/it’s better when your Coca-Cola eyes are out of my face.”

Fast forward three years, and while her music has only grown in its wondrous ability to capture universal truths with a beautiful intimacy, she has fulfilled (and mastered, in our opinion) a secret dream of hers – acting. Released earlier this week, ‘Hope’ sees Arlo once again collaborate with film-maker Molly Burdett (‘Black Dog’, ‘Hurt’) alongside acclaimed director of photography Robbie Ryan (Marriage Story, The Favourite, Fish Tank) for a short film that showcases the significance of friendship. The track – premiered as Annie Mac’s Hottest Record – is a beguiling yet timely reminder of the importance of compassion and kindness in times of loneliness. It follows the release of ‘Caroline’, ‘Green Eyes’, ‘Hurt’, ‘Black Dog’ and ‘Eugene’.

“This video to me is a warm, vibrant exploration of friendship and introversion. I think there’s something so powerful about the saturated, filmic textures, the human portraits, and depictions of euphoria,” says Arlo.

“The song surrounds isolation, being present in your pain and knowing that you’re not the only one on the planet feeling low. I think especially in times like these it’s important to focus on the inevitability that things will get better.” 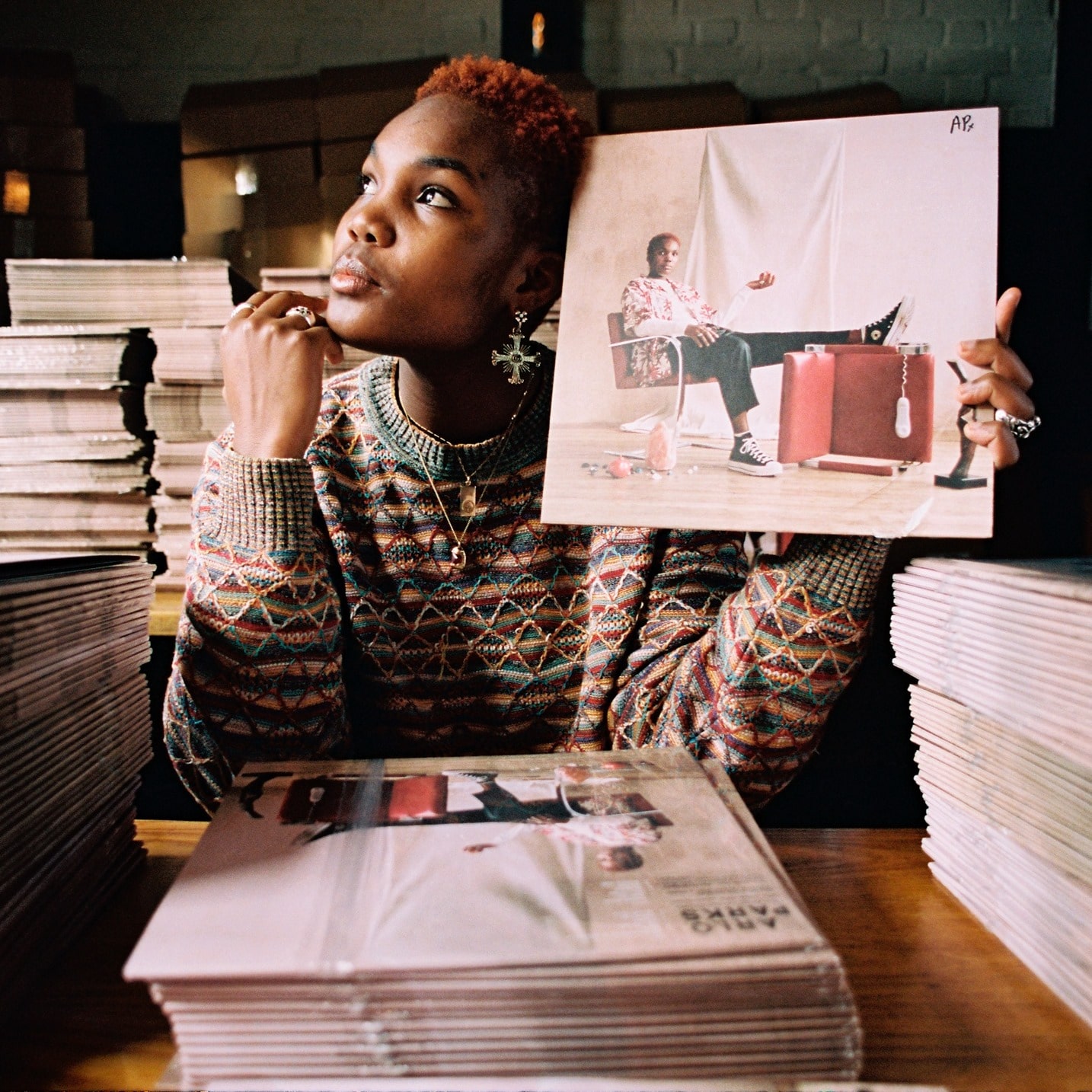 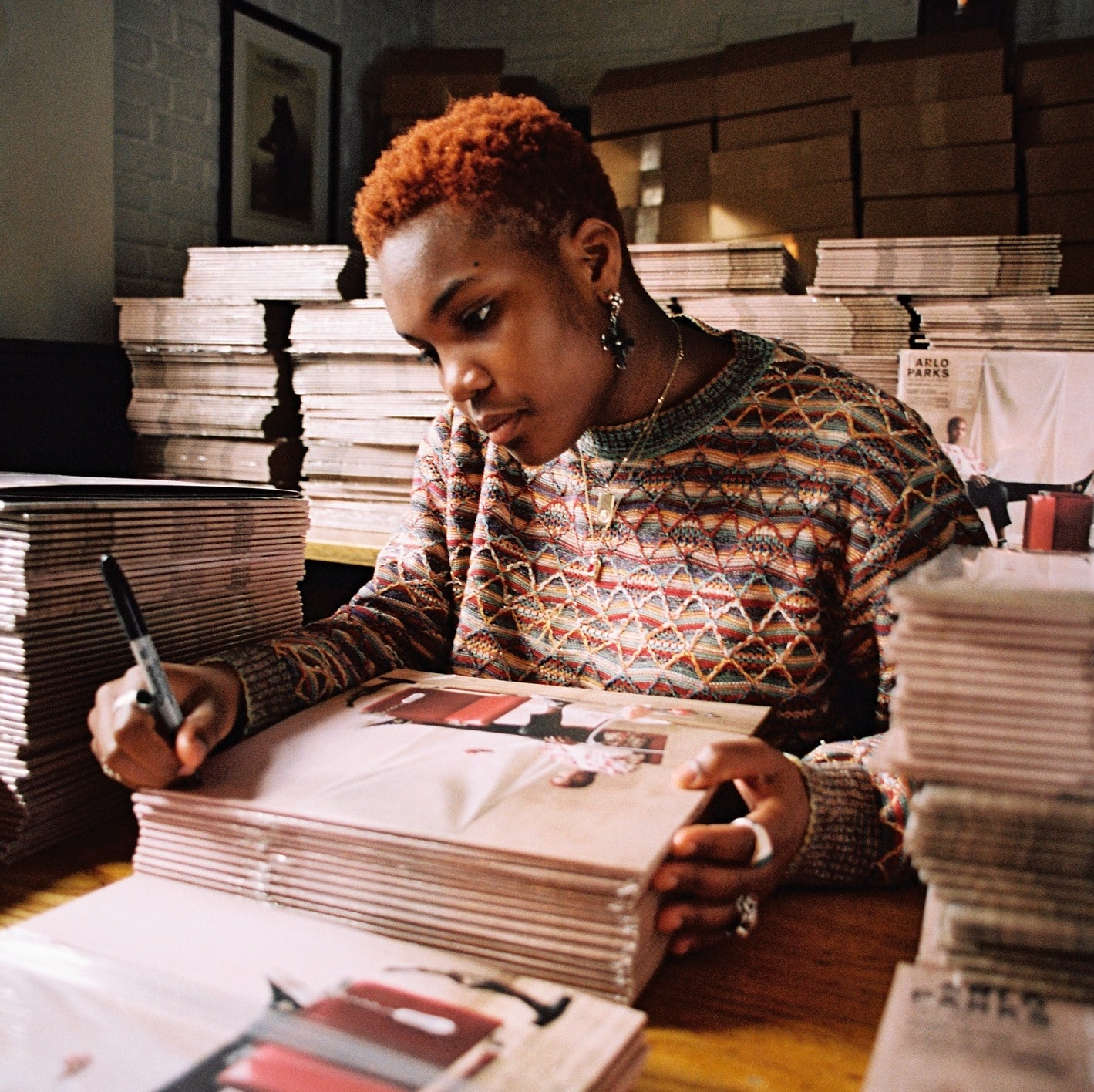 Arlo’s been busy. Could you tell?! In between signing those stacks of LPs, she announced her BBC6 Music Residency, arranged poetry/Q&A zoom sessions with fans, and performed as part of BBC’s Top of the Pops New Year’s Eve Special – watch that magical moment HERE. She recently lent her vocal to the Glass Animals single ‘Tangerine,’ as well as Fraser T. Smith’s latest track ‘Strangers In The Night’ – the pair also performed together on Later With… Jools Holland.

Whew! We’re keeping up…just about. Last night, she made her debut US TV appearance on Jimmy Kimmel Live! – watch that electrifying performance HERE – and tonight, her new variety special premieres on Twitch and Amazon Music at 8 pm GMT before being made available globally on Monday, February 1st via Prime Video. The hour-long show will feature Romy (The xx), Dave Okumu, and Glass Animals, alongside first-ever performances from Arlo as well as conversations, poetry readings, and collaborations.

While adding a starring role in the recent Gus Van Sant-directed campaign for Gucci to her accolades, her songwriting and delightful character have seen her gain new fans in Florence Welch, Michelle Obama, Angel Olsen, and Wyclef Jean with Phoebe Bridgers regarding her as “an incredible poet.”

As if Arlo’s music alone wasn’t enough of an offering, she has now invited fans to get in touch – call her and leave a message! She wants to know what moves you, what art makes you happy and what fills your heart; what songs have soundtracked important moments in your life; moments where you felt seen by others; or gestures that made you feel better in tougher times. Arlo’s warm-hearted, kind and caring nature shines through at these moments and it’s simply not possible for us to love her anymore.

Leave a message for Arlo!

Collapsed in Sunbeams showcases the artistry of one of this era’s most breathtaking and acclaimed newcomers. The West-Londoner – born Anaïs Oluwatoyin Estelle Marinho – delves into hyper-specific moments and delivers these tales in unmistakable, Arlo Parks fashion that feels universal, relatable, and heartening. Words don’t fully express our awe and adoration – just listen and immerse yourself in the music.

⇥ ‘Sekwar’ Will Transport You into the Distinct Universe of Liars