Following the February release of their fifth album ‘Sand’, Balthazar have shared details on ‘Sand Castle Tapes’, a documentary and live concert filmed by Heleen Declercq and co-produced with HolyShit sessions. Marking today’s announcement is a special performance video of album single ‘Moment’, as taken from the short film.

‘Sand Castle Tapes’ captures the band’s stay over a few nights at a beautiful old castle near Brussels following lockdown. Having been kept apart until this stay, the band came together for the first time to interpret the new songs. Declercq’s inquisitive eye captures the magical atmosphere – ‘Sand Castle Tapes’ is not just a filmed live show, but an intimate look at Balthazar as their music and story unfolds within the ancient castle walls. 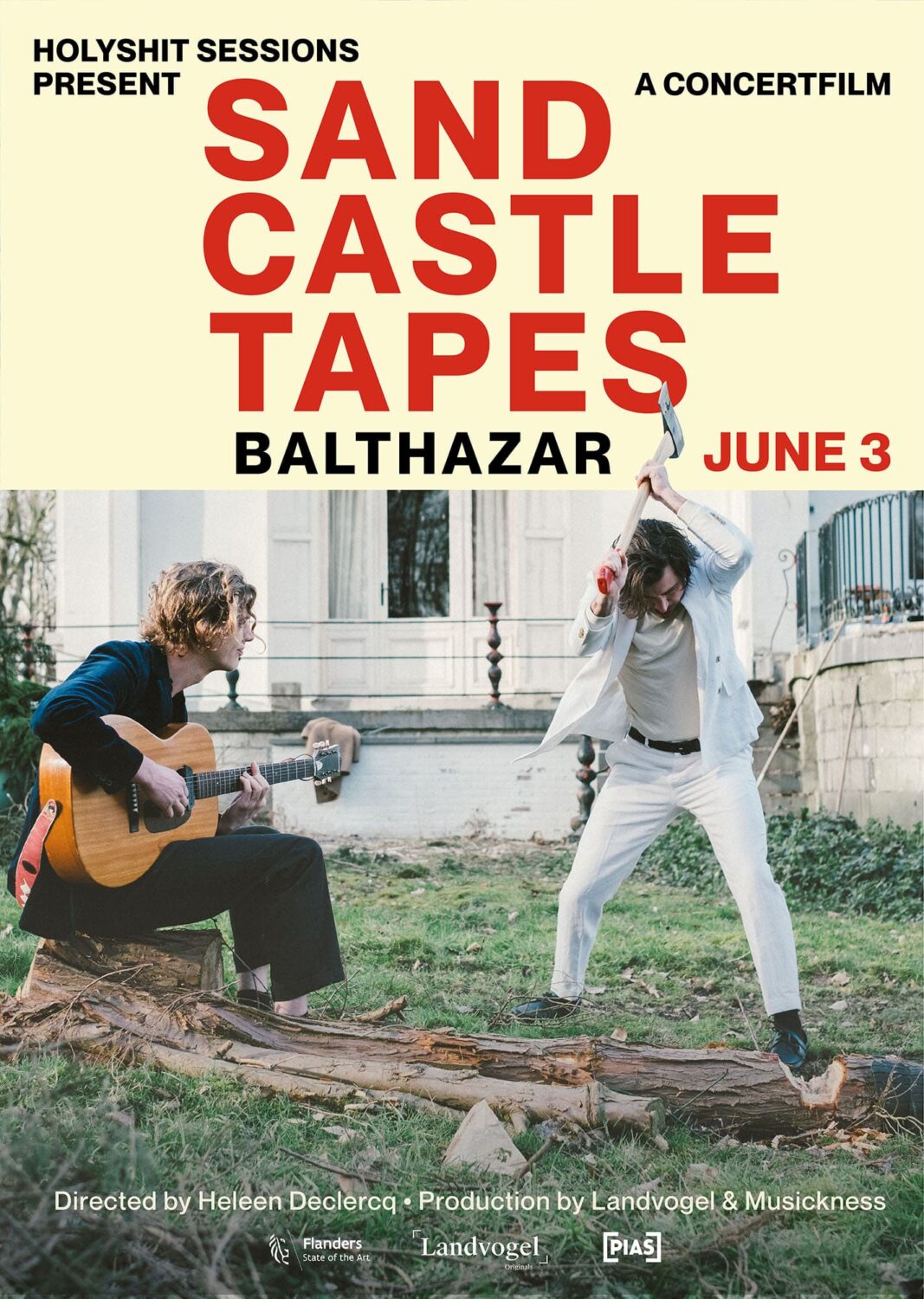 The band say of the stay: “You only get to fully understand an album when you start playing it together, the relaxed circumstances lead to a whole other way of interpreting the songs than we would have for a live show. It’s refreshing, it’s very human.”

The film will premiere on June 3rd at 9 pm CET and tickets are now available via Moment House HERE. Everyone who buys a ticket will have access to the stream for 24 hours.