'Once Twice Melody' is the first album produced entirely by BEACH HOUSE: 18 tracks presented in 4 chapters with lyric animations for each song. Another Beach House first: a live string ensemble!

Today sees the release of the brand-new album Once Twice Melody, the first album produced entirely by Beach House. It was recorded at Pachyderm studio in Cannon Falls, MN, United Studio in Los Angeles, CA, and Apple Orchard Studios in Baltimore, MD. For the first time, a live string ensemble was used, with arrangements by David Campbell. Once Twice Melody was mostly mixed by Alan Moulder but a few tracks were also mixed by Caesar Edmunds, Trevor Spencer, and Dave Fridmann.

Once Twice Melody features 18 tracks, and is presented in 4 chapters with lyric animations for each song.

Beach House music should be listened to and the lesser words are used, the better.  But we have to make an exception for just a couple of the glowing reviews Once Twice Melody has received…

“The band’s sprawling eighth album luxuriates in the rhapsody of sensation itself.” Pitchfork

“A symphony of sound that feels like a best-of Beach House collection, except every song is brand new.” Stereogum

“Legrand and Scally have truly outdone themselves…” Consequence

“It’s also so sublimely imagistic that it makes you wonder why film directors and music supervisors haven’t been hounding Legrand and Scally to create movie scores.” The New Yorker

“Once Twice Melody’s greatness lies not in its hugeness – it’s in the duo’s ability to create music that possesses the same intimacy regardless of its scope (8/10).” UNCUT

“Their brand of meticulously crafted songwriting, candy-flossed melodies and textured, widescreen ambiance remain as compelling and mesmerizing as ever.” SPIN

“In eighteen timeless and vaporous tracks, the dream pop duo does wonders. An eighth album to be placed high in their already rich discography.” Les Inrocks

“From the majestic opening notes of the title track to the last electronic flourish of closer “Modern Love Stories,” Once Twice Melody is the culmination of everything Beach House do best.” Paste

Beach House’s headlining tour begins tonight in Pittsburgh, US and will run throughout US, UK and Europe. All ticket information and details can be found on the band’s site.

You can listen to the new album and pre-order physical copies including a special Gold 2xLP Box and Silver LP Edition HERE. 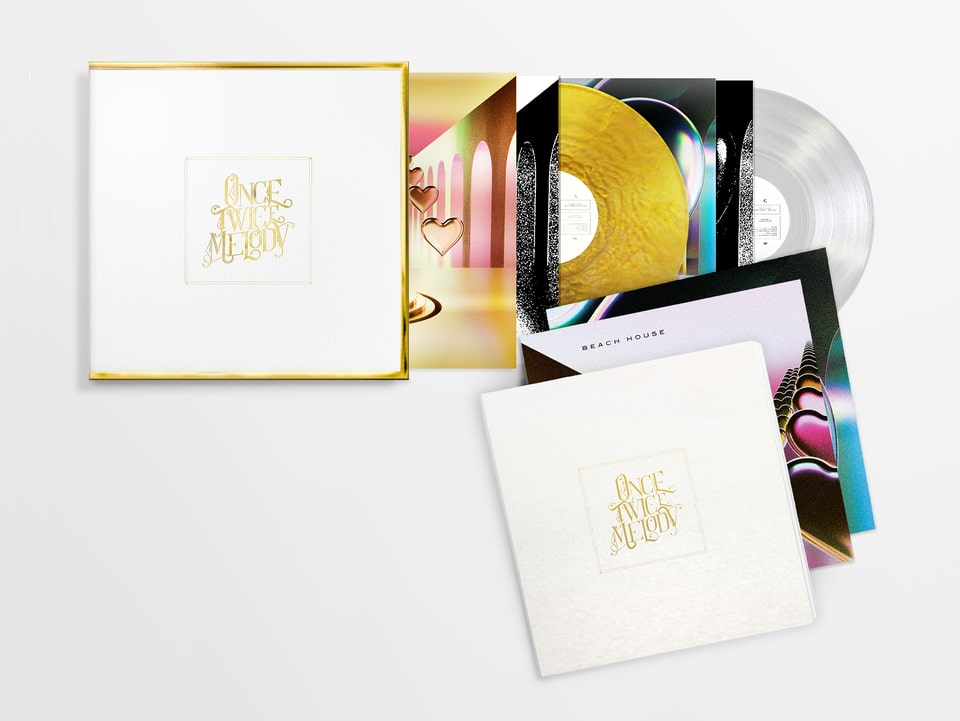