“I've Written 300, 400 Songs in my Adult Life – but this Album Feels like a Breakthrough into New Territory,” says Destroyer Frontman Dan Bejar Upon the Release of ‘LABYRINTHITIS’

The new album from revered Canadian outfit Destroyer – fronted by illustrious and critically acclaimed songwriter Dan Bejar – has arrived. LABYRINTHITIS brims with mystic and intoxicating terrain, the threads of Dan Bejar’s notes woven through by a trove of allusions at once eerily familiar and intimately perplexing. The record circuitously draws ever inward, each turn offering giddy surprise, anxious esoterica, and thumping emotionality at equal odds. “Do you remember the mythic beast?” Bejar asks at the outset of ‘Tintoretto, It’s for You’, the album’s first single, casting torchlight over the labyrinth’s corridors. “Tintoretto, it’s for you / The ceiling’s on fire and the contract is binding.” Delivered in a Marlene Dietrich smolder, Bejar’s lyrical menace seeps like smoke through the brazen march’s woozy synths and dizzied guitar. “There’s some character here that feels new to me, a low drawl, an evening gown draped over a piano,” Bejar says of the song. Throughout, LABYRINTHITIS insists that everything’s not all right, but that even isolation and dissolution can be a source of joy—stepping into the sunlight at the other end of the maze in your ear, Bejar strolling alongside like a wild-maned, leisure-suited minotaur.

More than an arcane puzzle for the listener, LABYRINTHITIS warps and winds through unfamiliar territory for Bejar as well. Written largely in 2020 and recorded the following spring, the album most often finds Bejar and frequent collaborator John Collins seeking the mythic artifacts buried somewhere under the dance floor, from the glitzy spiral of ‘It Takes a Thief’ to the Books-ian collage bliss of the title track. Initial song ideas ventured forth from disco, Art of Noise, and New Order, Bejar and Collins championing the over-the-top madcappery. “John is in his 50s, and I’m almost there, but we used to go to clubs,” Bejar laughs. “Our version may have been punk clubs, but our touchstones for the album were more true to disco.”

Bejar and Collins conducted their questing in the height of isolation, Collins on the remote Galiano Island and Bejar in nearby Vancouver, sending ideas back and forth when restrictions didn’t allow them to meet. “From the vocal manipulation to the layered electronics, making this record pushed us to a new place, and reaching that place felt stressful,” Bejar recalls. “But I trust that that stress is a good feeling.” That cuddly anxiety excels in tracks like ‘Eat the Wine, Drink the Bread’, Joshua Wells’ percussion, and Collins’ drum programming pushing Bejar’s voice forward. “The whole world’s a stage/ That I don’t know/ I am going through,” he sighs, before reaching the frustrated religious imagery of the title.

Lyrically, LABYRINTHITIS embraces a widescreen maximalism, blocks of text dotted with subversions and hedges. Building from the koans of Have We Met, Bejar continues to carve his words precisely, toying with expectations and staid symbols, while Collins’ production reconstructs the pieces into a unified whole. “Even though everyone recorded in their own isolated corners, this is the most band record that we’ve done in the last few years,” Bejar says. “Everything’s manipulated, but the band is really present, and our plans wound up betrayed by what the tracks wanted. I’ve written 300, 400 songs in my adult life—I don’t know how to do anything else—but this album feels like a breakthrough into new territory.” 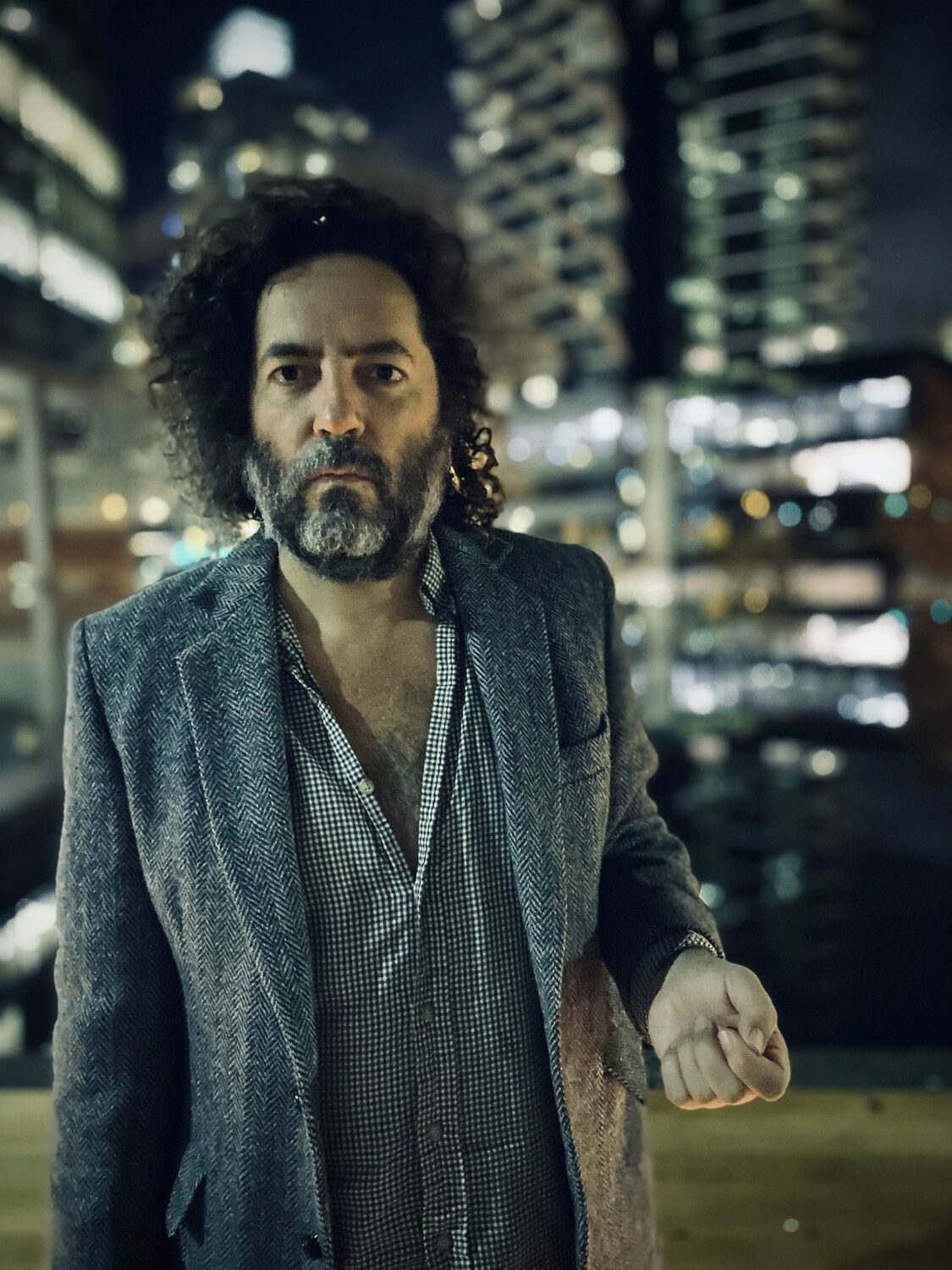 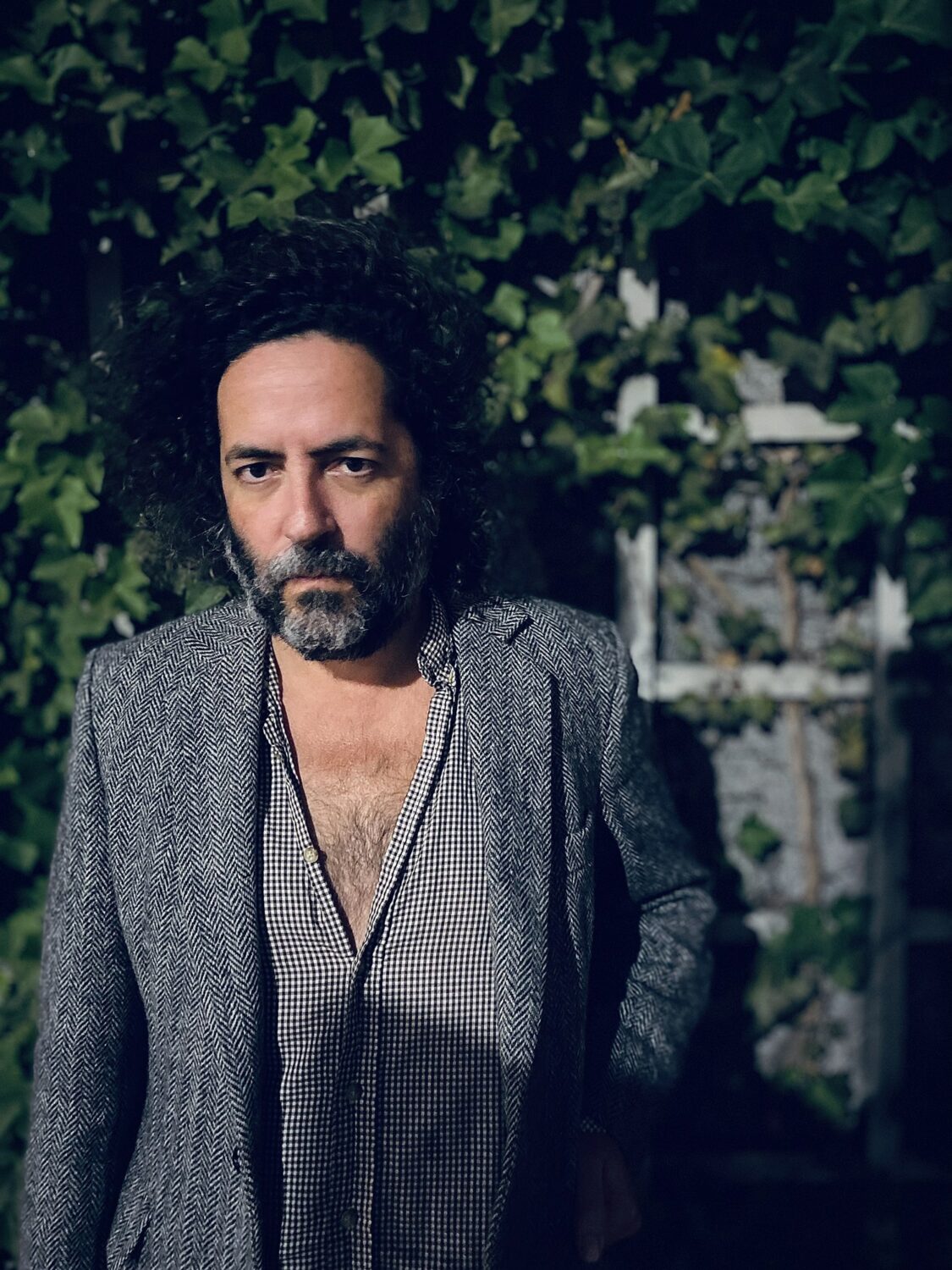 That unprepared synchronicity and mutual discovery shine brightest on ‘June’, a six-and-a-half-minute track that features a blend of funk bass, fluttering synth, and charred poetry recitation. While Bejar initially envisioned LABYRINTHITIS as a straight dance record (“just like Donna Summer’s greatest hits”), the end of ‘June’ explodes that simplicity into a million shining pieces, finding joy in mutual discovery instead of isolated certainty. Bejar and Collins’ initial jam expands until the edges of the universe run through their fingertips, the band members peeling off in cathartic helixes. While the album’s songs may have been patched together like a mosaic of enigmatic ideas, the band rolls the entire Destroyer universe together – abstruse celestial waves unified despite the players’ physical time apart.

LABYRINTHITIS closes on ‘The Last Song’, Bejar singing and strumming all alone, a gentle yet no more settled exodus out of the fractured dance party. “I try and sneak in sweet moments where I can,” Bejar laughs. After spending the record in the depths of the labyrinth, Destroyer step into the open air, overwhelmed by the burst of light surrounding them. “An explosion is worth a hundred million words / But that is maybe too many words to say,” Bejar repeats, the roiling electronics replaced with a single ringing guitar echoing into the night. As LABYRINTHITIS closes, the reorienting vertigo lingers, its implacable aura and bewitching lyrics wriggling ever deeper into the mind.