Hot on the Heels of Announcing his Signing to Transgressive, Damon Albarn has Shared Details of his Second Solo Album, 'The Nearer The Fountain, More Pure The Stream Flows' alongside its Title Track

Damon Albarn needs no introduction. Although we probably do need a recap of a career that has spanned over three decades (!). A founding member of Blur, Gorillaz and The Good, The Bad & The Queen, the singer, songwriter, producer, and composer is the recipient of six Brits, two Ivor Novello Awards, and a Grammy Award. His eclectic musical style and observational lyrics have made him one of the UK’s most influential and consistently interesting musicians.

And now? He presents The Nearer The Fountain, More Pure The Stream Flows. Set for a November 12th release via new label home Transgressive, the album – Albarn’s second solo – was originally intended as an orchestral piece inspired by the landscapes of Iceland. This last year has seen Albarn return to the music in lockdown and develop the work to 11 tracks that further explore themes of fragility, loss, emergence, and rebirth. The result is a panoramic collection of songs with Albarn as storyteller. The album title is taken from a John Clare poem Love and Memory. Albarn says “I have been on my own dark journey while making this record and it led me to believe that a pure source might still exist.”

The title track marks the announcement.

In a career of perpetual musical shifts and exploration, the record uncovers yet more ground, finding expansive orchestral arrangements nestling with intimate melodies, discordance brushing up against infectious majesty, all set to some of Albarn’s most arresting vocal performances to date. Much like the beauty and chaos of the natural world it soundtracks, The Nearer The Fountain, More Pure The Stream Flows vividly documents the emotional ebb and flow of the human condition, in all its extremes, serving as a soul-enriching document for our times.

This record […] led me to believe that a pure source might still exist.

Alongside a digital release, there will be limited edition colour vinyl formats, plus CD and cassette. There will also be a deluxe version of the album, taking the form of a casebound book with additional photography, original scanned lyrics, and artwork from Damon, alongside a clear vinyl version of the album, a high-quality digital file, and a bonus 7″ featuring an exclusive song from the recording sessions. 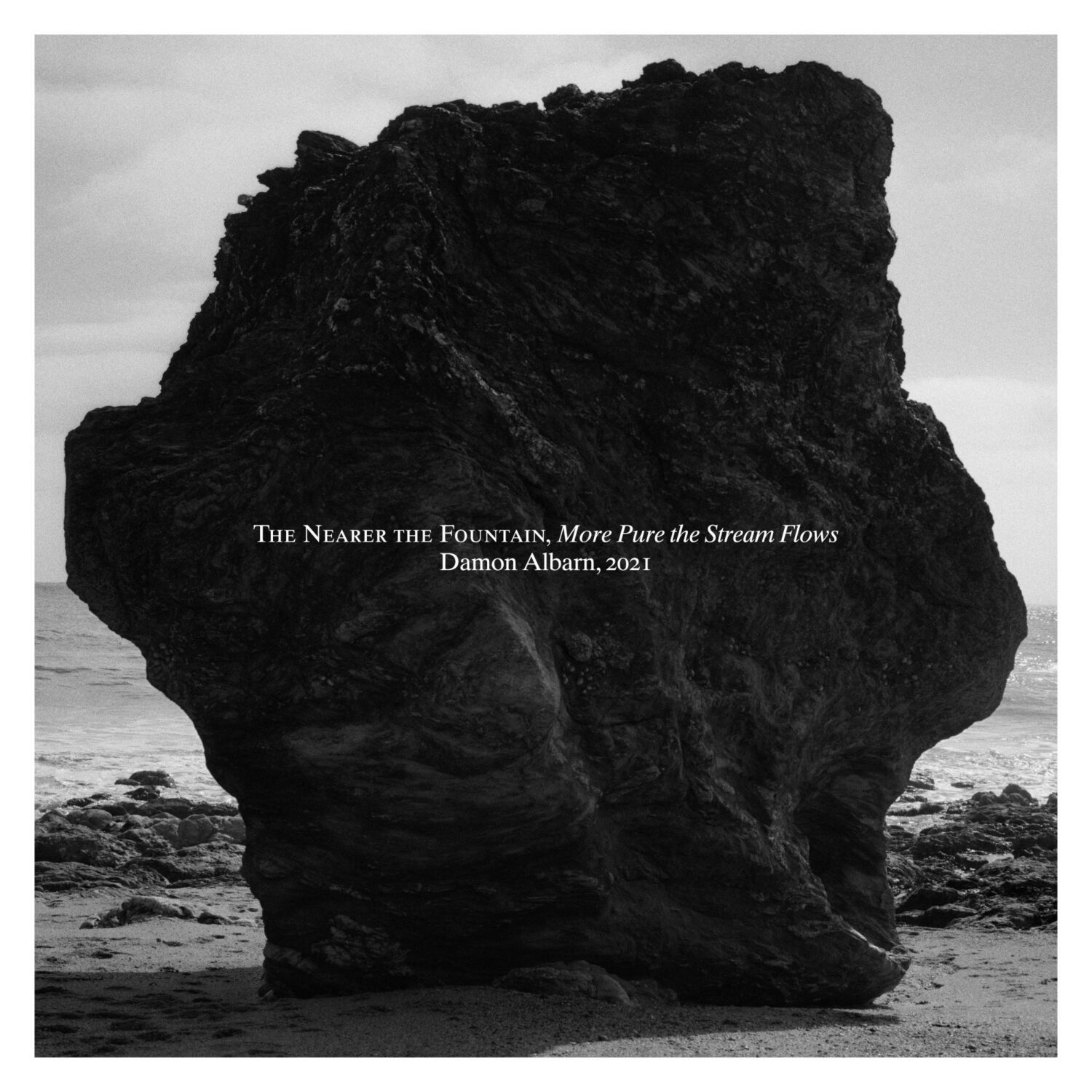 The Nearer The Fountain, More Pure The Stream Flows

Albarn debuted a set of songs from the album as part of the Live At Worthy Farm event last month, highlights of which can be seen on BBC iPlayer from June 24th, ahead of a BBC Two documentary Live At Worthy Farm: Backstage at 9 pm on Sunday, June 27th. And this summer, accompanied by a band and string section, Albarn will perform two UK festival shows to play tracks from across his songbook, including the new album, on July 13th at Manchester International Festival and Edinburgh International Festival on August 24th. Find tickets and information HERE.