Ezra Furman’s Third Album, Previewed by ‘Forever In Sunset’, Teaches Us that Yes, Shit Happens, but Taking Care of Each Other is Core to Survival

A singer, songwriter, and author whose incendiary music has soundtracked the Netflix show Sex Education, Ezra Furman has for years woven together stories of queer discontent and unlikely, fragile intimacies. All of Us Flames – set to arrive on August 26th via Bella Union – is the third instalment in a trilogy of albums, beginning with 2018’s Springsteen-inflected road saga Transangelic Exodus and continuing with the punk rock fury of 2019’s Twelve Nudes.

Offering a preview to the album is the cathartic lead single, ‘Forever In Sunset’. Inside the world of All of Us Flames, the end of the patriarchal capitalist empire seems both imminent and inevitable, a turn down a path we can’t see yet but can’t avoid, either.  Following previous singles ‘Book Of Our Names’ and ‘Point Me Toward The Real’, ‘Forever In Sunset’ peers past the scorch of the apocalypse into a vision of collective survival, tracing the ways outcast people can make each other real through mutual belief. The synth-streaked rallying call is presented alongside a gorgeous and tender video directed by Noel Paul.

“The biggest influence on the lyrics of this song is a conversation I had with a friend of mine”, Furman recalls. “When Covid was first hitting, she was talking to me a lot about how ready she felt. She was like, ‘people who have been comfortable in life are freaking out right now. But queer people like me have been in crisis before. I grew up poor and my family kicked me out when I was a teenager. My world has already ended plenty of times before, and we queers know what to do: we take care of each other, we help each other out, we have a network of support for the crises we know will hit us from time to time.’

And then she lost her job and ended up moving in with me and my family for like three months. And she was right, we were okay and we were taking care of each other.

That influenced a lot of what the whole record is about. But ‘Forever in Sunset’ is specifically a woman who’s been through some shit speaking to a new lover who is becoming attached to them, trying to warn the lover about how she is trouble, about how she has been through crises and they will come again. And that’s just how she lives, never settled, never safe, but also never defeated/finished – “forever in sunset.”

Sometimes it feels like crisis is hitting more and more of the general population. They think the world is ending. But people who have been through a personal apocalypse or two have something to teach them. The world doesn’t end, shit just happens and if we don’t die we have to take care of each other.” 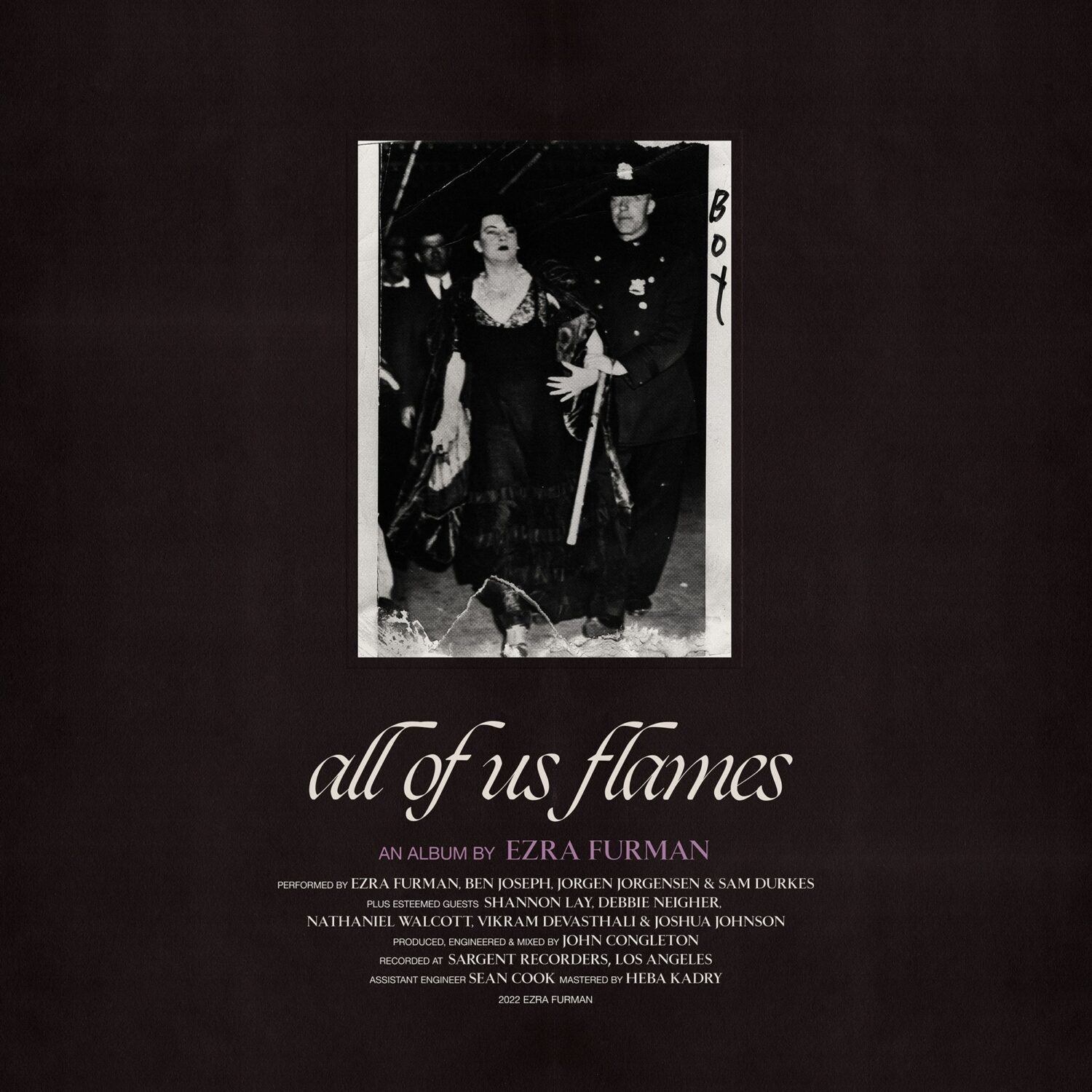 The New Album from Ezra Furman

All of Us Flames

Produced by John Congleton, All of Us Flames unleashes Furman’s songwriting in an open, vivid sound whose boldness heightens the music’s urgency. The twelve-track collection is available to pre-order now on vinyl and CD.

This month, Furman kicks off her 2022 international tour – info and tickets can be found here.