After struggling to write music in Los Angeles at the beginning of the pandemic, Flume returned to his native Australia – this move marked the beginning of Palaces, the third album from the GRAMMY-winning artist, now set for release on May 20th, 2022 via Transgressive. The album features a host of vocalists and collaborators, its cast list spanning new and household names from around the world – breakout US star Caroline Polachek, UK labelmate Damon Albarn, Spain’s Vergen Maria, France’s Oklou, and fellow Australian Kučka, who returns following her standout turn on Flume’s second album Skin. And, to add to that melting pot of featuring vocalists, Flume enlisted MAY-A for lead single ‘Say Nothing’, the very first preview to this thirteen-track collection.

“This song is about feelings of post relationship clarity,” says the Australian producer. “We wrote the song midway through 2020 while the pandemic was still pretty new. I was really excited about the initial idea but it was only once I got back to Australia in early 2021 and linked up in the studio with MAY-A that the song really came to life.”

“Working with Flume on ‘Say Nothing’ has been a really incredible experience,” MAY-A says. “I’m such a big fan of Harley’s so it’s unbelievable to be in a position to create music with someone I look up to and can learn so much from. His creative process is a really inspiring thing to be a part of. I’m so excited for everyone to hear the song!”

Settling in a coastal town in the Northern Rivers region of New South Wales, Flume quickly found the inspiration he needed through reconnecting with the nature around him – the rolling hills, walking around barefoot, the green colour the sky turns before a big storm, growing and eating his own vegetables, the smell of rain. He and his neighbour and long-time collaborator, the visual artist Jonathan Zawada, became fascinated by the local wildlife, in particular the birds, collecting field recordings that ultimately worked their way into the album. As Flume continued to forge a strong connection to his surroundings, the album he wanted to make started to form, eventually adopting a title to properly highlight the luxury and magic of the natural world. Palaces is his most confident, mature, and uncompromising work to date, a true testament to nurturing the relationships that make us whole and bring us peace. 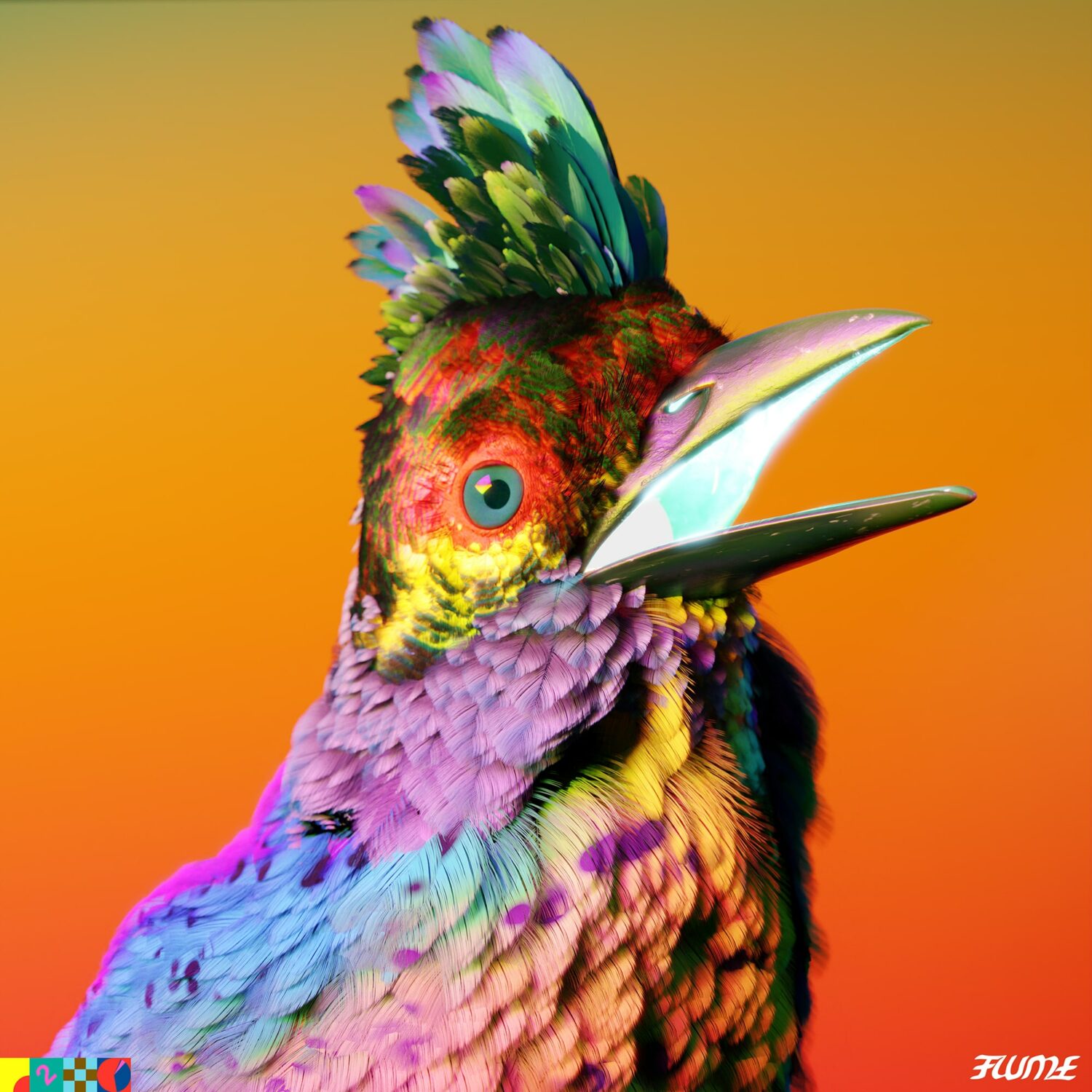 To mark the new album announcement, a fresh line of merchandise is available for purchase, alongside special physical editions of Palaces available for pre-order now, including vinyl, limited-edition deluxe CD (with initial orders signed by the artist), standard CD, and cassette.

Flume (born Harley Streten) rose to prominence as a teenager with his scene-starting, self-titled debut in 2012, which topped the ARIA charts, and sold out a massive Australian 40,000 cap tour. In the two years that followed, Flume established himself as an international sensation thanks to his compelling live show (debuting at Coachella, Lollapalooza, Reading & Leeds, and many others) and skillful remixes of high-profile acts. He released his second LP Skin in 2016, which reached the top 10 on the US Billboard Charts, top 20 in the UK and all across Europe, topped the ARIA Chart on release, and reinforced Flume’s status as an inventive, boundary-pushing producer while continuing to expand his reach.

Later that year, Flume took home his first GRAMMY Award for Best/Dance Electronic Album, achieved Platinum accreditation in multiple territories around the world, won seven ARIAs, an APRA Award for Songwriter of the Year, and sold over 300,000 tickets globally across a sold-out 59-date world tour.

His creative process is a really inspiring thing to be a part of.

In 2019, Flume’s second Best Dance/Electronic Album GRAMMY nomination for his acclaimed Hi This Is Flume mixtape capped off a monumental year for the producer. 2019 also saw the release of a collaborative EP, Quits, with rapper Reo Cragun and singles ‘Let You Know’ with London Grammar and ‘Rushing Back’ with Vera Blue.

He went on to tour the globe with stops at festivals including Lollapalooza, Osheaga, Outside Lands, Japan’s Summersonic, Italy’s C2C, and more. Streten shared his only new music of the last two years, ‘The Difference’ with Toro y Moi in 2020.