hackedepicciotto’s First Album for Mute, ‘The Silver Threshold’ is Expansive and Exploratory – the Duo’s “Most Symphonic” Release to Date.

“We’re opposite in almost everything,” says Danielle de Picciotto of the creative relationship with her husband Alexander Hacke in their band hackedepicciotto. “We come from very different areas. I come from classical music, learning classical violin and piano, while Alex comes from Einstürzende Neubauten.”

The pair’s approach to making music together took almost a decade to find its sweet spot. “We started working together in 2001 and it took us almost until 2010 before we really found what would merge together perfectly,” says De Picciotto (co-founder of Love Parade/Crime & the City Solution), with Hacke (Einstürzende Neubauten/Crime & the City Solution) adding: “We realised that the best thing we can possibly do is just interact as freely and as honestly with each other as possible. That creates the magic, rather than trying to be something or trying to slip into a role or character.” De Picciotto says there was a process of letting go while abandoning a conventional approach. “We were like, okay, let’s both be extreme in what we are good at,” she says. “He likes being really loud and percussion and I like melody and harmony and spoken word. For some crazy reason it suddenly just worked by us both being as extreme as possible.”

We live in total symbiosis with each other.

What followed was a run of albums that capitalised on this newfound sense of extreme cohesion, as well as an approach and attitude to their music that mirrored their ever-shifting life as nomads, after deciding to move out of their house a decade ago and live life on the road. And now? This November, the duo will release their new album – and first for Mute – The Silver Threshold. Their “most symphonic” album to date, this ten-track collection is expansive and exploratory, reflecting the endless movement across places, landscapes, and environments the pair have experienced. They glide across genres that take in cinematic drone, industrial, experimental, spoken word, and soundscapes that shift between immersive ambient into noisy eruptions. “It has this largeness of the situation that we’re all in,” says De Picciotto. “hackedepicciotto albums have always been reflective of their environment and this is no different.”

Marking the announcement of this new album is the duo’s first love song, ‘Evermore’, the first time the husband and wife – although collaborating for several decades now – have explored this terrain. “We’re basically singing about love and we’ve never actually done a love song before,” says De Picciotto. “We had this vision of us standing in a storm and there’s us singing with all these sounds – the bass and the autoharp – which kind of formed like a vessel. We’re standing in the middle of this incredible storm and that’s why we’re slightly distorted on the recording.” The track is accompanied by a new video, directed by Studio Bergfors.

The metaphor is clear: even as the world rages in unpredictable ways and destruction looms – cling dearly to what you love. “One thing we noticed during this whole pandemic was that if everything disappears, what is the one thing that’s really important?,” asks De Picciotto.  “The most important thing people missed or had was love or friendship. So we’re standing in the storm but we’re together and we’re holding ourselves upright through this with friendship and love.”

Alongside beauty and tenderness, there’s also the uncertainty of the world mirrored throughout the album. This feeling of being in the middle of the unknown, where uncertainty impends, plays a significant role. “These restrictions and the necessity of confining oneself gave me a sense of the potential,” says Hacke. “It actually gave me a kind of weird euphoria. We had the distinct feeling while we were working that we were standing on a threshold. That it was neither the time before the pandemic or post-pandemic. I think we both really felt the potential of that, that we were at this gateway.”

Ultimately though, what is at the heart of The Silver Threshold – and hackedepicciotto as a project – is the ability of Hacke and De Picciotto to channel their lives and experiences into a joint yet coherent artistic expression. The work of two people with a deep-rooted intuitive and creative bond.  “We live in total symbiosis with each other,” says Hacke. “Danielle and I experience everything together and that goes straight into our albums.” 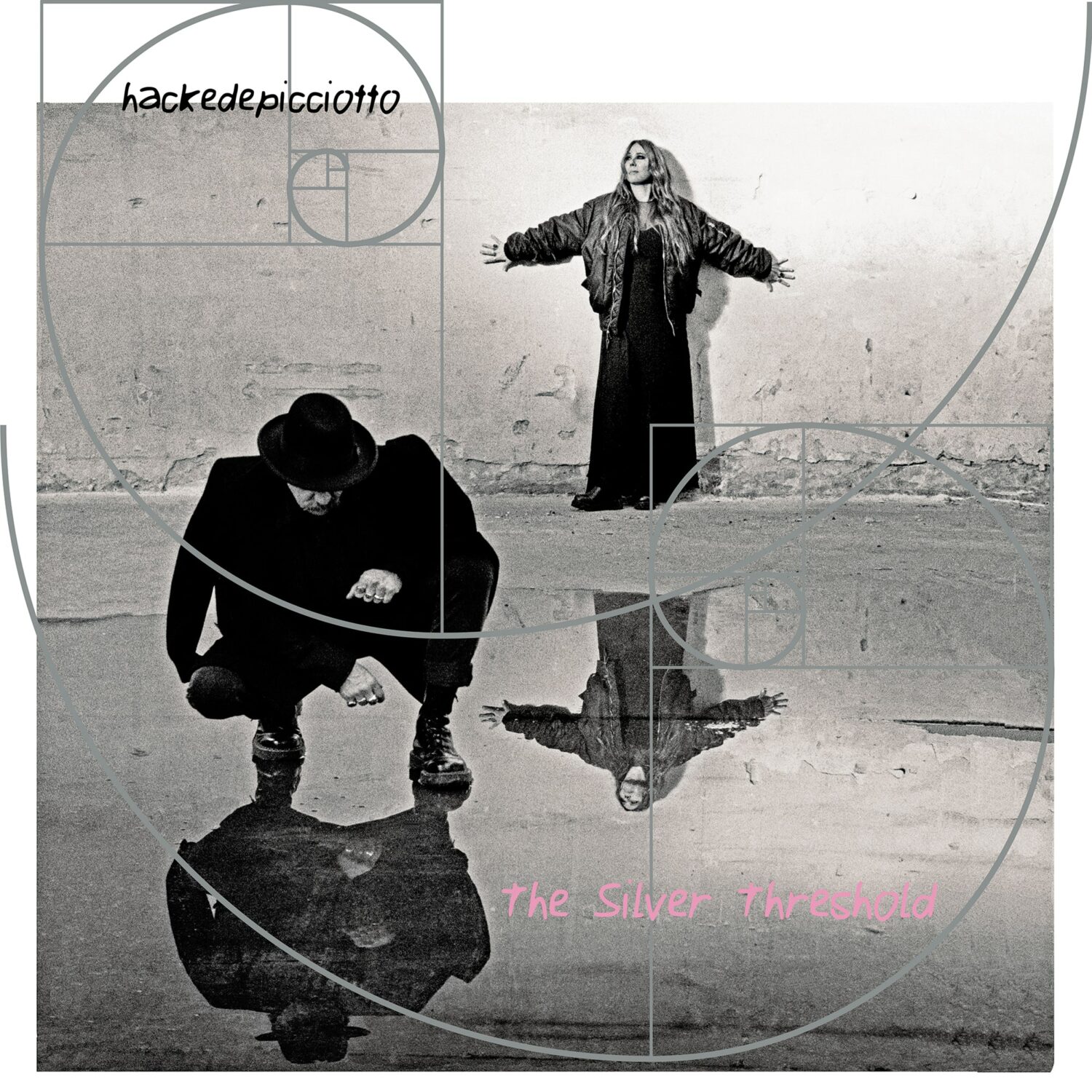 The New Album from hackdepicciotto

The album cover and press photographs were shot by Sven Marquardt – a Berlin photographer who also happens to be the doorman at the infamous Berghain nightclub, Hacke explains, “It was a very formative aspect of this album. He only uses natural light and having our picture taken by him was a very special experience.”

The Silver Threshold is due for release on Mute on vinyl, CD, and digitally on November 12th, 2021. Vinyl and CD editions are in a gatefold sleeve with silver finish.