Joan As Police Woman's New Album, 'The Solution Is Restless' – a 10-Track Collection Born out of a Night-Long Improvisation Session with the Late Tony Allen and The Invisible's Dave Okumu

“Thank you for making the world a more joyful, inspiring place.” Marking what would have been the late, great Tony Allen’s 81st birthday, Joan Wasser aka Joan As Police Woman expressed her utmost love and admiration for the legendary drummer and Afrobeat pioneer with a social media post yesterday. The sentiment was accompanied by a photo from November 2019 which also featured Dave Okumu of Mercury Prize-nominated band, The Invisible. The snap offers a glimpse into a special time shared by the trio during which they collaborated in a night-long improvisation session in a Parisian studio – the first results of which saw the light of day this past week.

An impassioned call to arms, ‘Take Me To Your Leader’ marked the announcement of The Solution Is Restless – a 10-track collection written and recorded by Wasser with Dave Okumu and Tony Allen, shortly before he sadly passed away. The album will arrive on November 5th, 2021 via [PIAS] Recordings and is available to pre-order now.

And believe it or not, this incredible line-up doesn’t stop there – special guests featured on the album include Meshell Ndegeocello, Cole Kamen-Green, Parker Kindred, and Damon Albarn, who Wasser credits for her introduction to Allen at the March 2019 Africa Express event, The Circus. Wasser recalls, “Tony and I played a version of Nina Simone’s ‘I Wish I Knew How It Would Feel To Be Free’ and decided to record together. I asked my old friend and fierce musician, Dave Okumu, to join from London, and that November, in a Parisian studio, we improvised all night.” 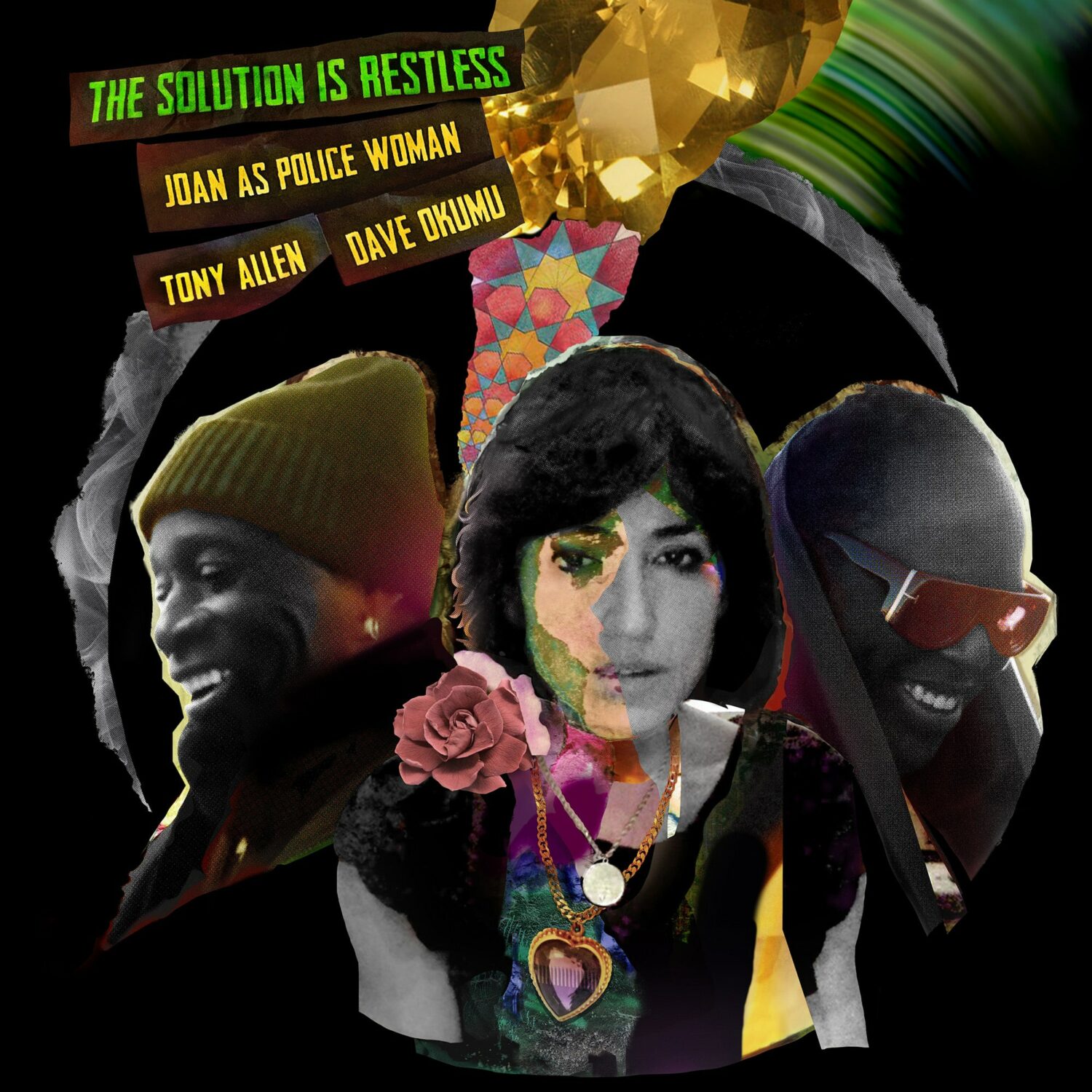 The Solution Is Restless

Citing this first single as the most incendiary from the new record, the unique and supremely gifted musician Joan Wasser explains that she “wrote it watching Jacinda Ardern, PM of New Zealand, navigate 2020. In my dream world, the US asks to meet her in order to learn how to better run the country.” You can hear more on the influence behind the track direct from Wasser herself in an exclusive clip over on our Instagram HERE. The video was created with film shot by the amazing street photographer Chloe Pang, post-produced by Shimmy Boyle, and directed by Katherine Helen Fisher from Safety Third Productions. Chloe says about her work: “the intention is to encourage people to look a bit closer through raw, intimate, unadulterated moments of being”.

In a year when most of the world pressed ‘pause’, Joan Wasser has been making and releasing new music. She wrote and recorded with Damon Albarn for the Gorillaz album, Song Machine, released her second album of covers, Cover Two as well as her first live album, Live. She also appeared on the Afel Bocoum album Lindé (World Circuit).

Tony Allen was the drummer and musical director of Fela Kuti’s band Africa ’70 from 1968 to 1979 and was one of the primary co-founders of the genre of Afrobeat. Fela once stated that “without Tony Allen, there would be no Afrobeat” and he was described by Brian Eno as “perhaps the greatest drummer who has ever lived”. Besides many other musical milestones and collaborations, in recent years Tony teamed up with Damon Albarn, Paul Simonon, and Simon Tong to form The Good, the Bad & the Queen.

Dave Okumu is best known for fronting the Mercury Music Prize band The Invisible and more recently announcing the release of a solo album Knopperz due for release in September via Transgressive.

Joan As Police Woman have rescheduled a world tour for March and April 2022 – tickets and info can be found HERE.

⇥ ‘Island Of Noise’: the Most Exploratory Version of Modern Nature Yet