Keaton Henson has shared his captivating new album, Monument. The record is released today via Play It Again Sam.

The notoriously insular and private British musician has created a singularly intimate window into the recent years of his life with a record that circles personal upset; an honest portrayal of losing his father to a long-term illness. Whilst not a record focusing solely on the experience, it is a vivid snapshot of the recent years of Henson’s life, its highs and lows, viewed through the prism of grief. In his hushed tone, that genteel, cracked vocal appears through the considered, melodic backing that has made Keaton such a compelling and evocative artist. And whilst it’s all steeped in melancholy, Monument is a record that can strangely uplift spirits and is arguably Keaton’s most rewarding to date.

Highlighting Ambulance as a stand-out as the record’s single, Keaton explains: “Ambulance is an entertainer’s cry for help, mistaken for a pop song, and applauded instead of aided. Being an artist is a great honour, but sometimes it can feel like you’re having a seizure and being mistaken for dancing.”

It is accompanied by a video directed by Keaton, in the nostalgic style of a 70s children’s tv show. All told through marionette puppets, we see a character, perhaps representing Henson’s aforementioned desperate entertainer, slowly falling apart, while the camera lingers, and the bright colours remain around him.

Deserving of the praise Keaton’s enjoyed throughout his career to date, he is an artist who refuses to succumb to the pressures and expectations of self-promotion in 2020 with little to no social media presence, and rarely giving media interviews either. For such a tact, the music needs to do all the talking for you and crucially. Monument does that beautifully.

In the writing for Monument, Keaton left London, the city he had long since struggled with as a home, firstly for Canada to spend a period recovering in the bracingly cold, and then moving himself out to the wilds of England’s countryside. He put aside the days of writing and drawing and forgetting to eat, instead choosing to spend the blustery days chopping wood, tending to the flora and taking time to sit and enjoy those cool evenings, from the vantage point that looks out across endless fields and forests.

From the safety and comfort of this self-imposed isolation, Keaton began to quietly confront the subject of his father’s illness and approaching death. From the top room of his house, he felt himself ready to delve into a reflection on the past year, returning perhaps to the most comfortable form he knows: simple and refined songwriting. He created Monument.

"It’s certainly not that this album doesn’t have its share of the dark stuff, but it has the light, the hope, as well."

Like friends in a time of crisis, Keaton drafted in some very fine players too, which included drums and percussion from Radiohead’s Philip Selway, guitars and synths from Leo Abrahams and Monument’s co-producer Luke Smith, as well as saxophones from composer Charlotte Harding, backing vocals from Danielle Fricke and in one instance, a full string section provided by London’s 12 Ensemble.

Henson: “It is not, I hope, a dark mud-mire of a record about grief and loss, but one about how grief and loss colour the rest of our lives, it is all the ups and downs of my past few years seen through a prism of losing people. For me, the profound thing about dealing with someone’s death, is how much brighter it makes life seem in comparison. as though you have been staring at something so dark, and in such stark monochrome, that when you do look away everything else is suddenly in vivid colour, and the hopes and joys of light are more apparent than ever. So it’s certainly not that this album doesn’t have its share of the dark stuff, but it has the light, the hope, as well.” 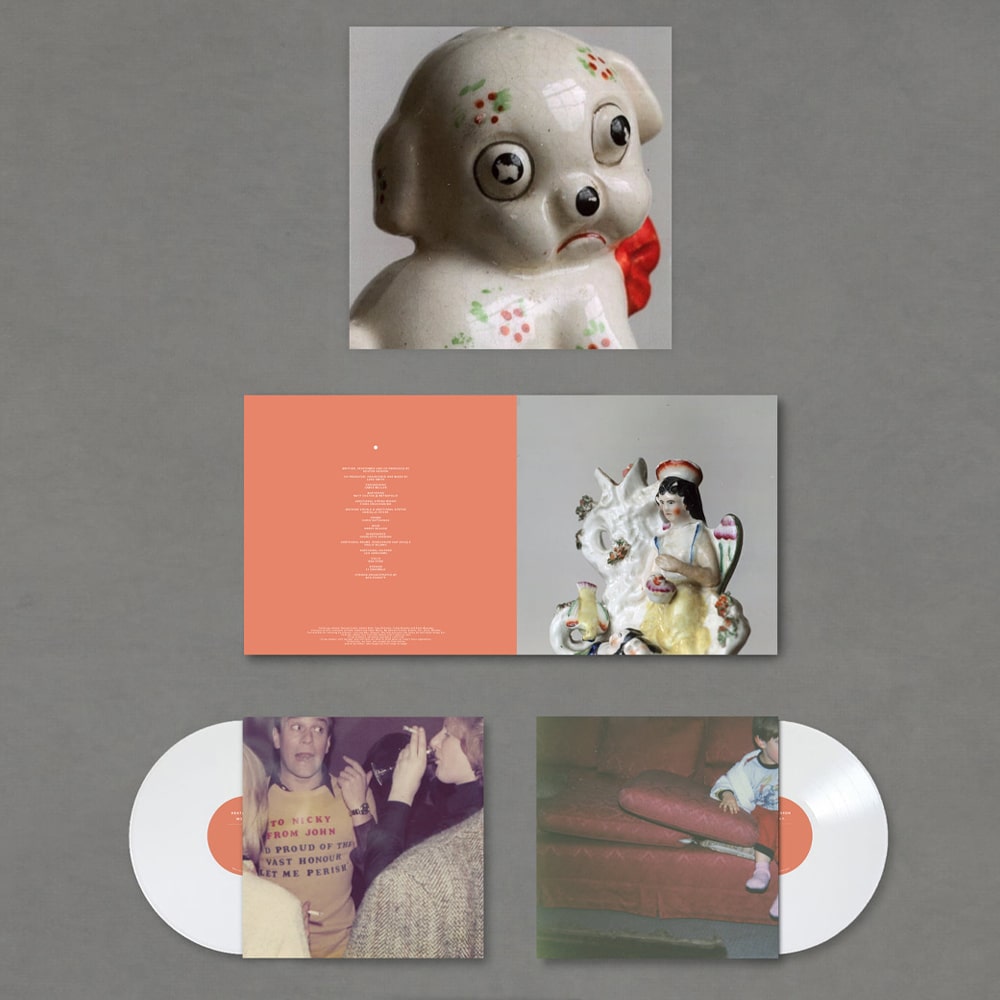 Here’s a tip… You will receive a free Play It Again Sam label sampler and a code to get 33% off any physical stock bought in their store when you sign up for their newsletter this month. Sign up here.