Lanterns On The Lake Have Announced a Deluxe 10th Anniversary Vinyl Reissue of Their Acclaimed Debut Album, 'Gracious Tide, Take Me Home'

This year marks the 10th (!) anniversary of Gracious Tide, Take Me Home, the acclaimed debut album from Lanterns On The Lake, and to celebrate, the band has just announced news of a deluxe vinyl reissue. Following last year’s Spook The Herd – which deservedly picked up a Mercury nomination, might we add – Gracious Tide, Take Me Home – 10th Anniversary Edition will arrive on June 11th via Bella Union. The band’s much-loved debut has been meticulously remastered at Abbey Road studios and will be released on double vinyl in a gatefold sleeve with gold foil print. Additionally, the album comes with five previously unreleased tracks recorded during the original sessions. This special reissue is limited, so we’d recommend getting your pre-order in now. 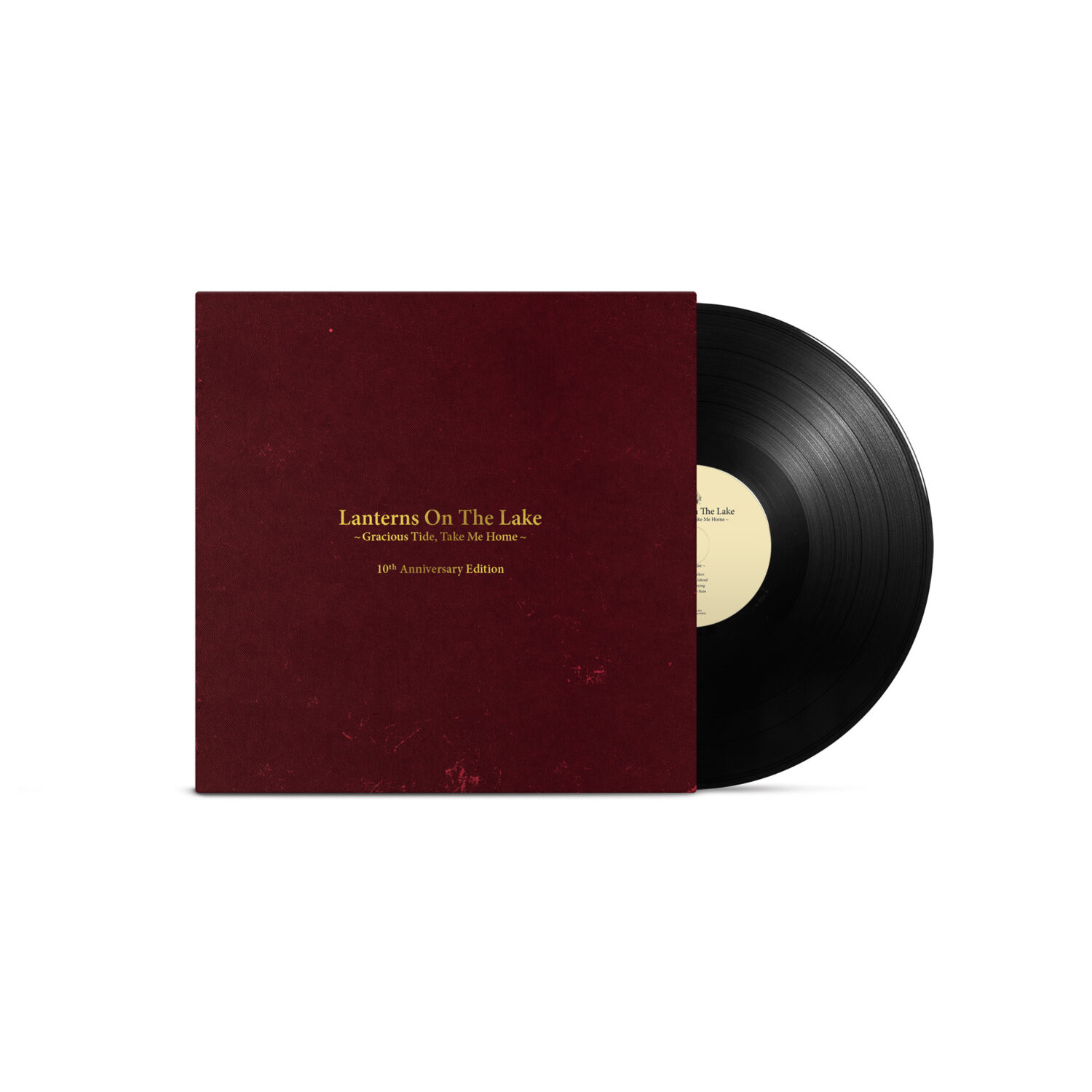 Fusing the most fragile and graceful end of the folk music spectrum to the most luminous properties of cinemascope rock, Gracious Tide, Take Me Home used a smorgasbord of instruments (guitars, violin, mandolin, piano, synths, glockenspiels, even a kalimba) to paint a variety of beautiful vistas, from the ambient ‘Ships In The Rain’ to the galloping ‘A Kingdom’, from the six-minute layers of ‘The Places We Call Home’ to the skeletal 73-second finale ‘Not Going Back To The Harbour’. There’s always been a compelling drama to Lanterns On The Lake; the way the opening track ‘Lungs Quicken’ shifts from dreamy restraint to a full-blown crescendo indicated the true power at their fingertips.

Lanterns On The Lake formed in 2008 combining a group of friends who had all played in various bands on the local music scene. Hazel Wilde (vocals, guitar), Paul Gregory (guitars, electronics), and Ol Ketteringham (drums, piano) still comprise the core of the band whilst previous members Adam Sykes (vocals, guitar) and Brendan Sykes (bass) departed prior to the second album.

Hazel commented at the time that. “A lot of lyrics were inspired by me and Paul moving back to the coast [between Tynemouth and North Shields], where I grew up, after we’d been living near the city centre. They’re also memories of growing up here, the feeling of homesickness, and stories of people around us and of the sea.

The title 'Gracious Tide, Take Me Home' seemed to sum up all the themes.

There might be a vein of sadness through this music – ‘Ships In The Rain’ was inspired by a local fisherman who went missing at sea, and ‘A Kingdom’ was inspired by the book letters sent home by WW2 soldiers – but there is just as much hope in ‘Keep on Trying’ and ‘You’re Almost There’, where fear and insecurities are banished by self-belief; “the feeling that you’re going places,” as Hazel says. Mirroring the sentiment of the album title, ‘I Love You, Sleepyhead’ and ‘Places We Call Home’ draw on the comfort and security of home, friendship, and memory.

Having been forced to postpone their touring plans for last year’s Spook The Herd album, Lanterns On The Lake should finally have the chance to perform the songs live for their fans this Autumn when they take to the road for a string of UK live dates – the full touring schedule can be found HERE.