Let’s Eat Grandma released their second album, I’m All Ears, in 2018. It came out to a blaze of critical glory, thrilled fans who’d been with them since I, Gemini, and won them interested new listeners as they widened their musical scope. They won Album of the Year at the Q Awards along with many end-of-year list placements, toured relentlessly, played a life-changing set at Coachella, and then… they disappeared.

…until now. The duo composed of songwriters, multi-instrumentalists, and vocalists Rosa Walton and Jenny Hollingworth, will release their third full-length album on April 8th, 2022 via Transgressive.

Previewing the release is the album’s stunning title track and an accompanying video. ‘Two Ribbons’ is the final song on the record and is a slow, melancholic moment of quiet that deviates from their almost industrial dancefloor fillers. The single contains reflections from Jenny on how the pair are still bound together through their compassion for each other, tight as ever, although slightly frayed and world-worn.

Directed by El Hardwick, the video features the stunning Norfolk countryside, which was a place of real importance to the band when writing this record.

Jenny said the following about the single: “‘Two Ribbons’ is a song I wrote to, and about, two of the closest people in my life, and how my relationships with them shifted over time through loss and life changes. It touches on the isolating experience of grieving, our powerlessness in the face of death, and the visceral emotions of grief.”

The track follows the release of ‘Hall Of Mirrors‘, an ethereal, glistening pop song about a beautiful, intense moment remembered and came with a hazy, dreamlike video, also directed by El Hardwick.

Two Ribbons tells the story of the last three years from both Jenny and Rosa’s points of view. As a body of work, it is astonishing: a dazzling, heart-breaking, life-affirming, and mortality-facing record that reveals their growing artistry and ability to parse intense feeling into lyrics so memorable you’d scribble them on your backpack. The band has been through a lot in the last three years, and Two Ribbons is the artefact that signals some kind of progression out of distressing times; a story of loss, change, and of survival; a proof of life.

Such was the intensity of Jenny and Rosa’s bond that when they promoted their first album, they positioned themselves as twins. Friends since early childhood, they had graduated into a teenage friendship that was unbreakable and practically telepathic. Those intense and all-consuming friendships are subject to the same ebbs and flows as any other, and as they grew older the two began to find themselves as individuals, tastes differing here, reactions jarring there. There was a time when both felt a little trapped and needed to fight to create the space to express themselves as individuals within their relationship.

And so the partnership began to fray. Two Ribbons can be heard as a series of letters between the two of them, taking the place of conversations as they try to make sense of the rift in their relationships. It’s a cathartic blood-letting and a devastating realisation about the fickleness of life. Though it is still very much a Let’s Eat Grandma album, for the first time there are Rosa’s songs and Jenny’s songs. 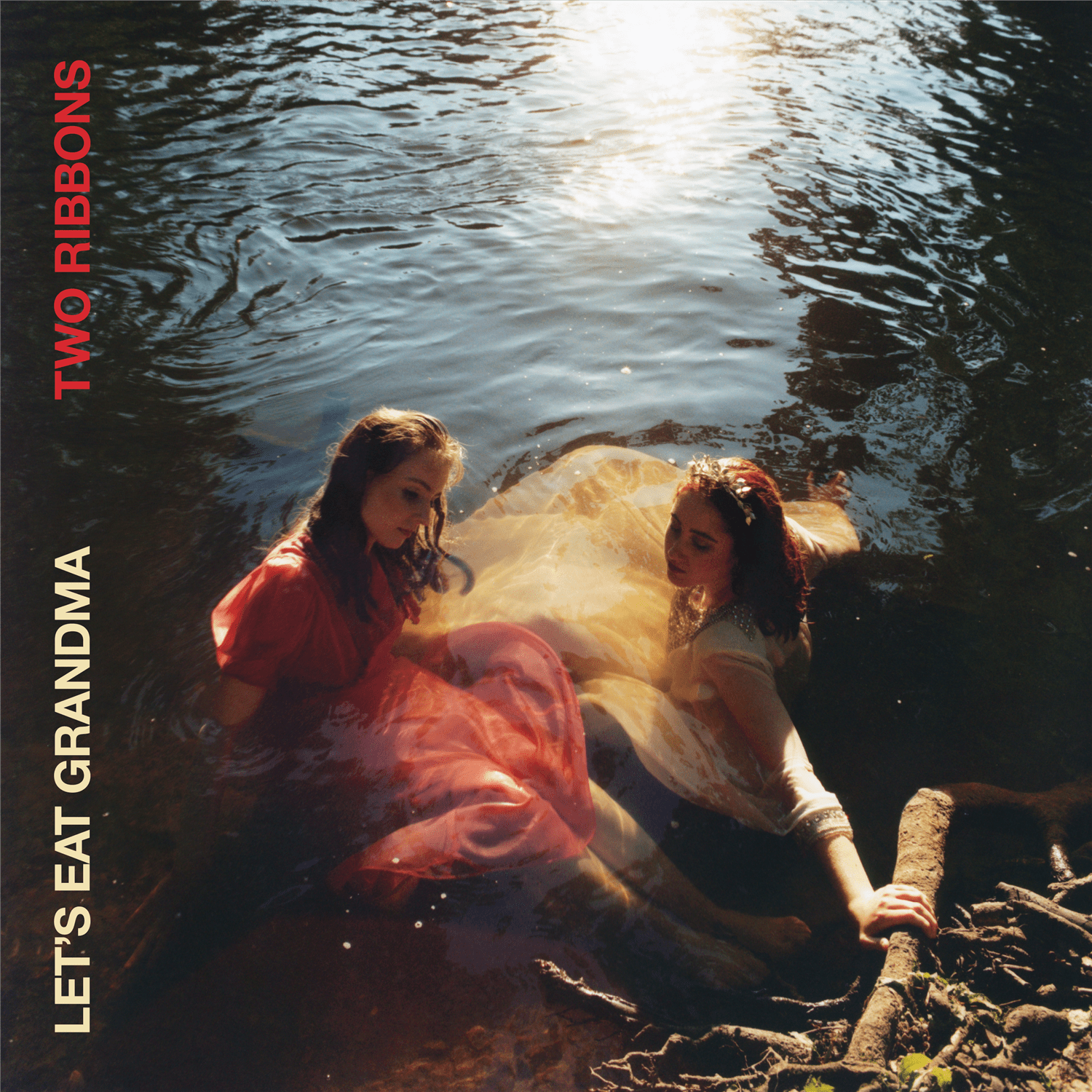 Both Rosa and Jenny found themselves more involved in the production of this album, experimenting with new sounds and diverse instrumentations within the studio, collaborating with David Wrench, also the primary producer of I’m All Ears. On this record Rosa in particular threw herself into the behind-the-scenes work and driving her own sonic agenda, whilst Jenny sought to synthesise new influences to forge new spaces artistically for the group.

Two Ribbons is an album that treads a fine line expressing the most intimate feelings of, whilst making space for, the different perspectives of two women; an album that says this is not the beginning or the end but part of a never-ending circle. It’s cyclical in nature; there is sadness, and pain, and joy, and hope – and knows that no matter what detours we take, we are all connected.