A Lush and Captivating Fifteen-Track Collection, LP’s Sixth Album ‘Churches’ has Arrived Alongside New Single ‘Conversation’ and its Accompanying Video

“It was made with a lot of love, sincerity, and friendship with the hope that it translated into a body of work to be enjoyed by all,” says Mike Del Rio, executive producer of LP’s highly anticipated sixth album, Churches. And now, this fifteen-track collection can indeed be finally enjoyed by us all.

Now, to celebrate this special release, LP has shared a brand new song titled ‘Conversation’ with an accompanying video. ‘Conversation’ was produced by Campany alongside Kyle Shearer (Becky G, Tove Lo, Carly Rae Jepsen) – collectively known as Valley Girl. About the song LP says, “‘Conversation’ is me trying to talk myself into staying in the relationship that I was in. Realizing that we just think differently & just wishing it could come down to a conversation that could fix things and just celebrating and feeling that love for that person and the optimism of feeling that a conversation could fix everything.”

The video was directed by Stephen Schofield. LP commented on the visual saying, “This video was much like the ‘Angels’ video where we shot these lyric videos, and I just was playing. It was just fun that the concept of two people having a conversation, are both myself. Me being in two different outfits and one of me was not hearing, or not understanding, and beating their head against the wall, that just kind of happened. It was a super-spontaneous way showing that I’m constantly having these conversations in my own head, with myself. The good and the bad.”

About the album, Del Rio said, “This album was made in a time where human connection and community was put on hold, so subconsciously, we imagined this music being experienced as some sort of sweet release after a dark time. As LP’s community continues to grow, so does the palette of what works in the LP universe. It was made with a lot of love, sincerity, and friendship with the hope that it translated into a body of work to be enjoyed by all. As fluid and as genre-less as LP is, the music we make is always a pursuit of reflecting their philosophy with a message of love and connection at its center.”

LP’s European dates for their 2022 headlining world tour in support of Churches will kick off on January 21st at the O2 Academy in Leeds, England, and conclude after 30 dates across the continent on March 13th at Paris, France’s Salle Pleyel. Among the highlights of the European dates is a return to Crocus City Hall in Moscow, where LP recorded their 2020 live album Live In Moscow in front of a sold-out crowd of more than 6,000 fans. A month later, LP will hit the road for U.S. dates, beginning on April 14th in Portland, Oregon at the Roseland Theater. The 29-day run includes shows at LA’s famed Greek Theatre, two concerts in NYC, The Ryman in Nashville, Stubbs in Austin, and more, before concluding on May 22nd in San Diego.

Now sit back, delve in, and enjoy Churches. And LP, congratulations on a super release. 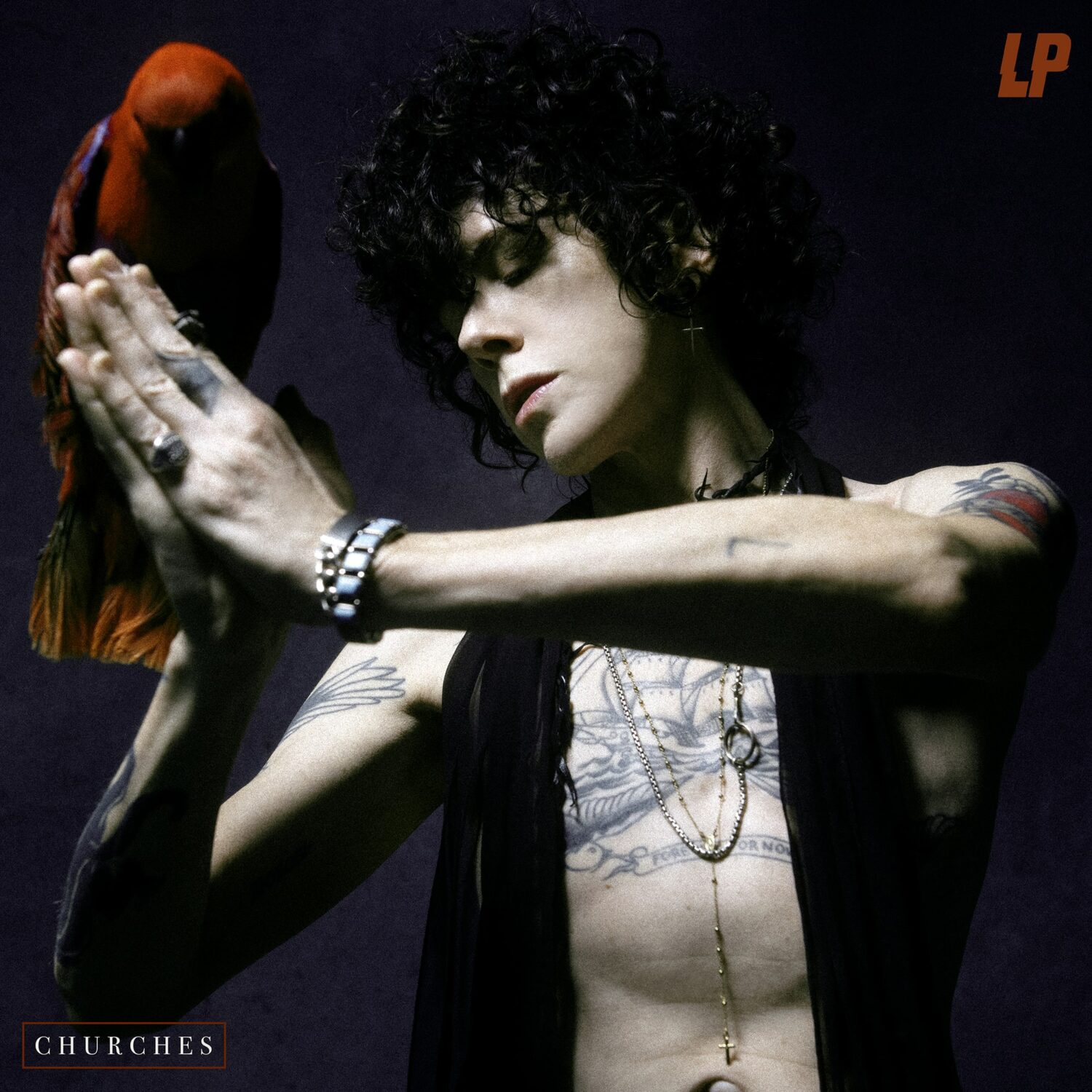