Determinedly doing things her own way and standing up for what she believes in – without ever compromising – has long been ingrained in the psyche of trailblazing South African musician, Moonchild Sanelly (real name: Sanelisiwe Twisha). She has become well known for unapologetically spreading her message of female empowerment – in her own words: “liberation for women, in the bedroom, in the boardroom, knowing your power…I need to be heard by a lot of people”.

Having signed to Transgressive in 2020, she stepped into the spotlight with the diverse mini-album Nüdes. This June, she returns with her genre-crossing second album, Phases – a nineteen-(!)track collection previewed by ‘Strip Club’ (ft. Ghetts) – a track that flips the male-led narrative, instead putting the woman in charge – as well as ‘April Fool’s Day (Makahambe)’.

Forming a sonic foundation that veers between amapiano, gqom, grime, pop, house, and R&B while showcasing her vocal talents on more downtempo songs, Phases documents the varying chapters of a toxic relationship and subsequent freedom. A double album, the first side is a journey through the relationship with production reflecting those different moods and aspects of her personality; the second side, meanwhile, leads into a clubbier amapiano space.

Phases’ title takes on a multitude of meanings: via the range of genres covered across its runtime, the different sounds and styles that it encompasses, and the personal journey that Sanelisiwe Twisha has taken to get to this point. But, for Moonchild Sanelly, it’s more literal than that: “I think that, with this album, I’ve managed to piece all the different parts of me together, because I’m known for different things in different parts of the world. I think you get to know me better with Phases – all the different sides of me.”

Throughout her music, Moonchild Sanelly has been true to her South African roots – on Phases, she is joined by two of the country’s most exciting rappers: Blxckie and Sir Trill. The album also features production and guest appearances from Sad Night Dynamite, Wesley Joseph, Xavier Thomas (Débruit), TOKiMONSTA, HOLLY, and Aramboa. 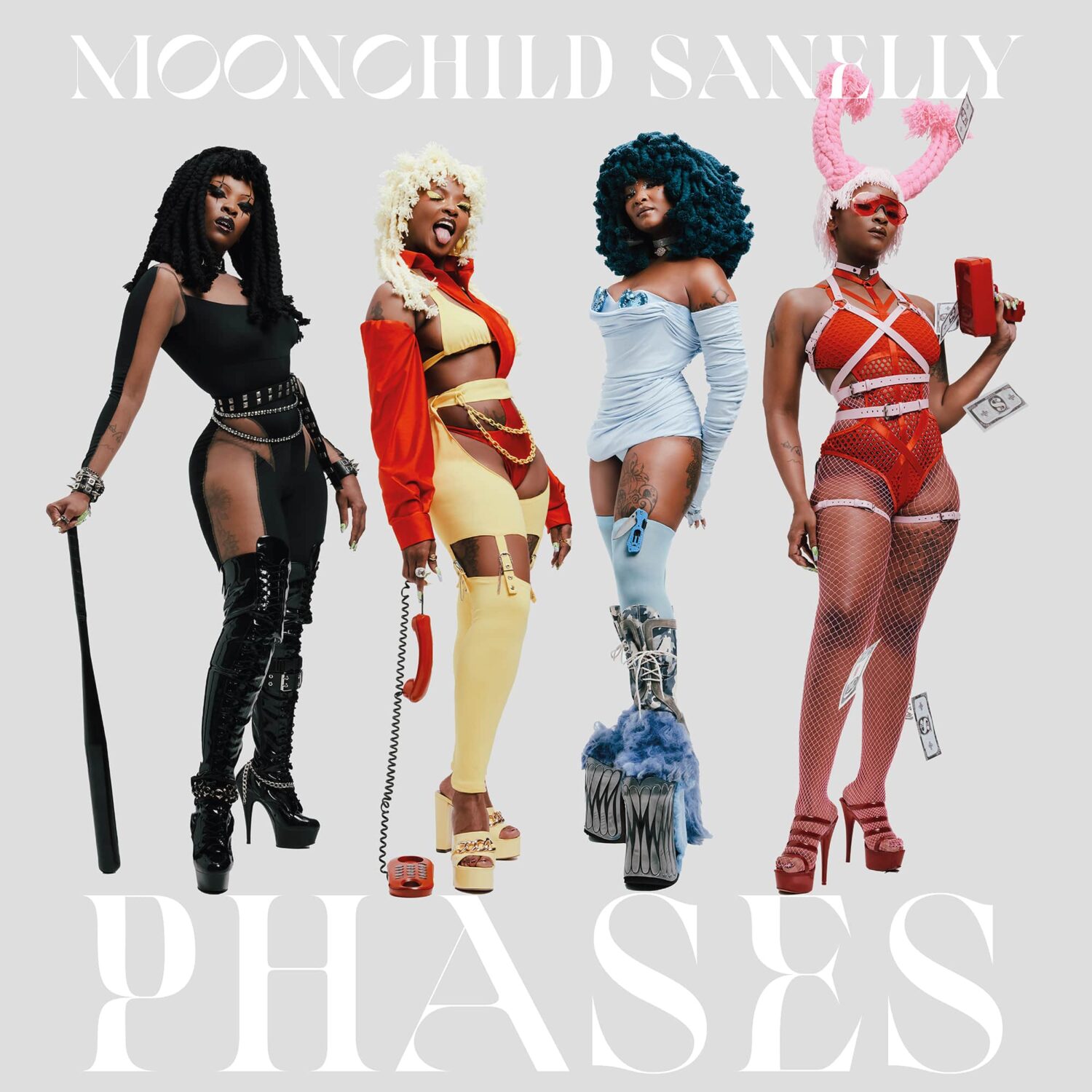 The New Album from Moonchild Sanelly