It’s been tough trying to keep this one to ourselves. Today, we are ecstatic to officially welcome creative polymath, Mykki Blanco to the Transgressive Records family. To celebrate, Mykki has shared their first new music of the year by way of ‘Free Ride,’ a single co-produced by FaltyDL and Hudson Mohawke – and what an introduction it is to an exciting new chapter for the iconic rapper, musician, performing artist, and LGBTQ+ activist. ‘Free Ride’ is accompanied by a fun, yet heart-warming video directed by Hannah Rosselin, produced by DIVISION, and shot in Paris over two days last month with the participation of CNC.

On the video, Mykki notes that the scenes reflect some of their aspirations for their future – “seeing the first edit of this video was actually very emotional for me personally. I’m at a place in my life now where I know I want to have a family of my own one day and that I have entered a more mature phase of my life where this is the kind of thing I think about now. And on a professional level, I know videos have been such a key part of my journey and this truly feels like a video which is showing the world something new from me.”

Director Hannah Rosselin adds, “if I had to describe some of my intentions with this video, I think I would say that I wanted to picture my representation of the family experience: mixed, unstructured, messy, and yet full of love.”

Of the track, Mykki reminisces, “some of the most intimate moments and conversations I have ever shared were with my mother on long drives in the Southern countryside when I was a teenager. The music that soundtracked these memories on our daily journeys was the stuff of my mother’s generation. I would find myself daydreaming, reflecting, and envisioning the kind of life I would like to create for myself. These memories and the music of Luther Vandross were the first inspirations behind the creation of my new song ‘Free Ride’.” 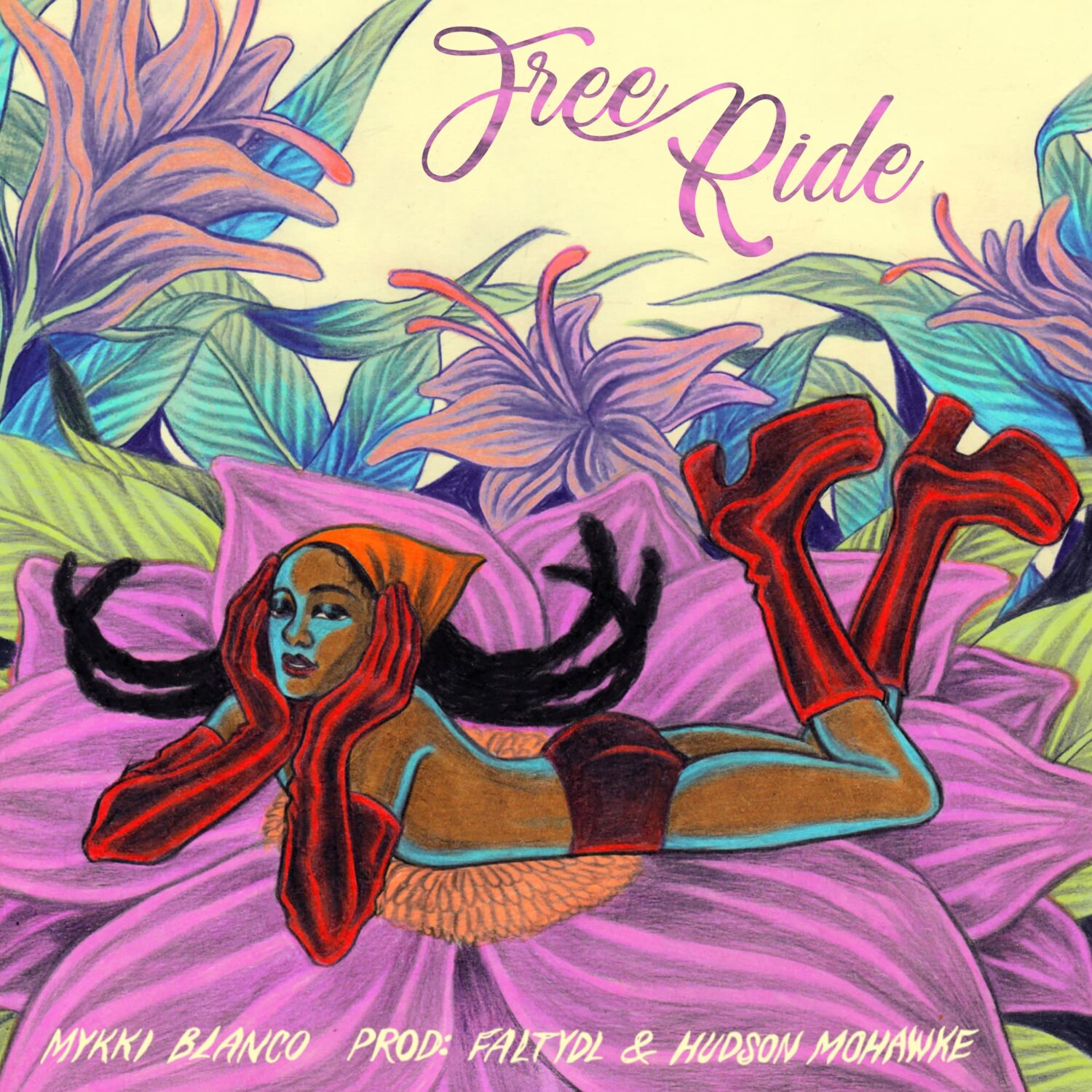 It’s been a decade since the moniker Mykki Blanco was created — first as a video art project on social media and then as a vehicle for self-discovery in the journey of forming their identity. In that time, they have pushed hip hop to some of its most untethered bounds, melding noise and experimental elements with club and trap sounds, whilst also forging a uniquely subversive path within a genre that had historically been very homophobic and transphobic. Today’s single ushers in a new era for the artist, a next phase that represents a significant evolution in the maturity and growth of their acumen in the craft of songwriting and musicianship.

Of the new partnership with Mykki, Transgressive Records co-founder Toby L enthuses, “we have been huge fans of Mykki Blanco since we first saw them slay our sister Visions Festival several years ago in London. Fiercely defiant and effortlessly genre-less, it is an absolute honour to welcome them to the Transgressive roster.”

Mykki’s longtime manager David Swartz (Singular Arts Group) added, “I have nothing but confidence and enthusiasm in the team over at Transgressive and the wider team at [PIAS] that they are a perfect fit for Mykki. This new chapter for Mykki has been a long time in the making and I’m just absolutely thrilled to finally be launching the beginnings of this new era now and to have such loving supportive partners involved.”

Expect more fruit from their labours to come very soon, as Mykki’s commitment to the music over the last few years and the magically harmonious bond they’ve forged with FaltyDL has yielded the most prolific batch of output ever before in their career.

⇥ Only Smith & Burrows is good enough, in the words of Craig McLean