Let’s Eat Grandma, the duo composed of songwriters, multi-instrumentalists and vocalists Rosa Walton and Jenny Hollingworth, have composed an entirely original soundtrack for the new Netflix thriller series, The Bastard Son & The Devil Himself. The 25 track score is released in full on  28th October 2022, via Transgressive / [PIAS]  and is available to stream here. 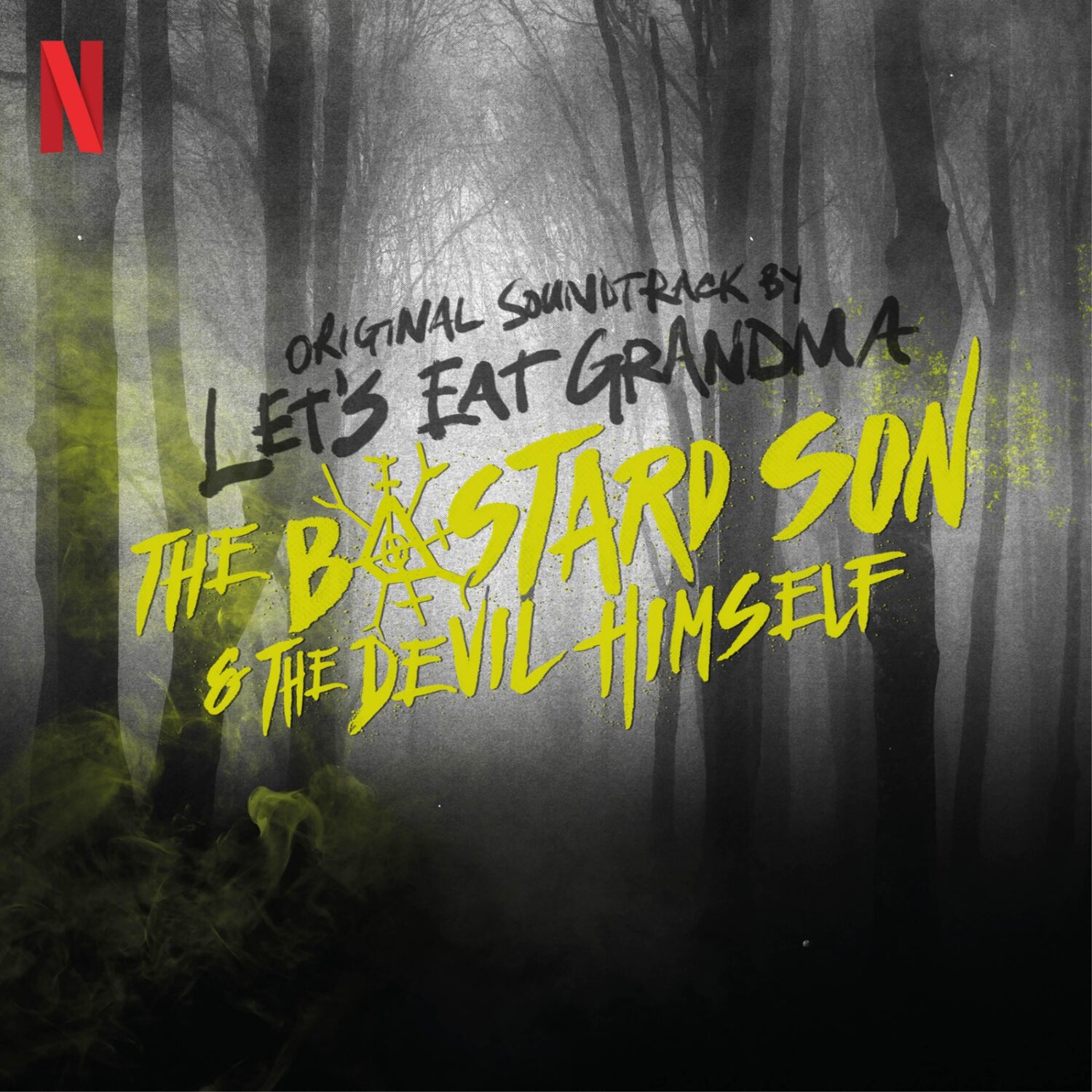 Original Netflix soundtrack for 'The Bastard Son & The Devil Himself'

Rosa and Jenny said the following of their experience of composing their first ever score for a series:

“Working on the OST for The Bastard Son & The Devil Himself has certainly been a very informative process and a wonderful new experience which has shaped and broadened the way we write and think about music. We’re always looking for ways to move forward musically, and we think being part of a bigger project with lots of other people all working creatively in different ways has been so valuable and inspiring”.

Colm McCarthy (Black Mirror: Black Museum, The Girl with all the Gifts), an executive producer and the director of the first four episodes, added:

“Let’s Eat Grandma were the first track on the mood playlist that I put together for the show. Joe Barton was a big fan too and we reached out to them while still in the early stages of casting. Even though they had never done a score before it just felt like they would do something original and authentic. Something about the score coming from such young voices feels really cool in this story about the transition from childhood to adulthood. Rosa and Jenny collaborated brilliantly, giving us an amazing score. Emotional, scary, heart-pounding, epic and personal, it is strange and evocative and a huge part of the unique identity of our show. They sculpted with organic, acoustic elements and grungy electronica to make something really magical. It has the DNA of the band running through it but also feels so intrinsic to our world.”

The Bastard Son & The Devil Himself is written by Joe Barton (The Lazarus Project, Giri/Haji) and is based on the Half Bad books by Sally Green. A darkly humorous, romantic, roller-coaster ride of a young adult show, The Bastard Son & The Devil Himself is a story about the indomitable will to survive and defy the odds. Sixteen-year-old Nathan (Jay Lycurgo) is the illegitimate son of the world’s most dangerous witch. Fearing he will follow in his father’s footsteps, Nathan is constantly monitored, but as the boundaries between ‘good’ and ‘bad’ fray, Nathan – along with mischievous Annalise and charismatic Gabriel – will soon discover who he truly is.

Leading the cast is Jay Lycurgo (Titans, The Batman, I May Destroy You), Nadia Parkes (Domina, Starstruck) and Emilien Vekemans (Transferts). They are joined by an exciting mixture of new and familiar faces and lastbut not least: multiple Brit Award and Mercury Music Prize nominee Roísín Murphy makes her drama debut.

The Bastard Son & The Devil Himself is available to watch on Netflix now and you can watch the trailer for the series here.

Written and produced by Robin Hannibal (Kendrick Lamar, Drake) and Sarah Aarons (Justin Timberlake, Demi Lovato, SZA), the new lead single ‘My Kind Of Woman’ sees her display her bright and electrifying persona throughout. With its fresh and bouncing groove playing off her shimmering voice from start to finish, this new offering makes for energetic addition to her latest collection.

Grammis nominated (the Swedish Grammy awards) Swedish soul singer Janice has released her new EP The Playlist including the mesmerising new single ‘My Kind Of Woman’. Featured in the new Netflix series The Playlist, a fictional series set around the origins of Spotify in which Janice also makes her acting debut, the new four-track EP was exclusively written for the series, where she plays one of the leading characters Bobbie T, with three of the original works appearing in the show. 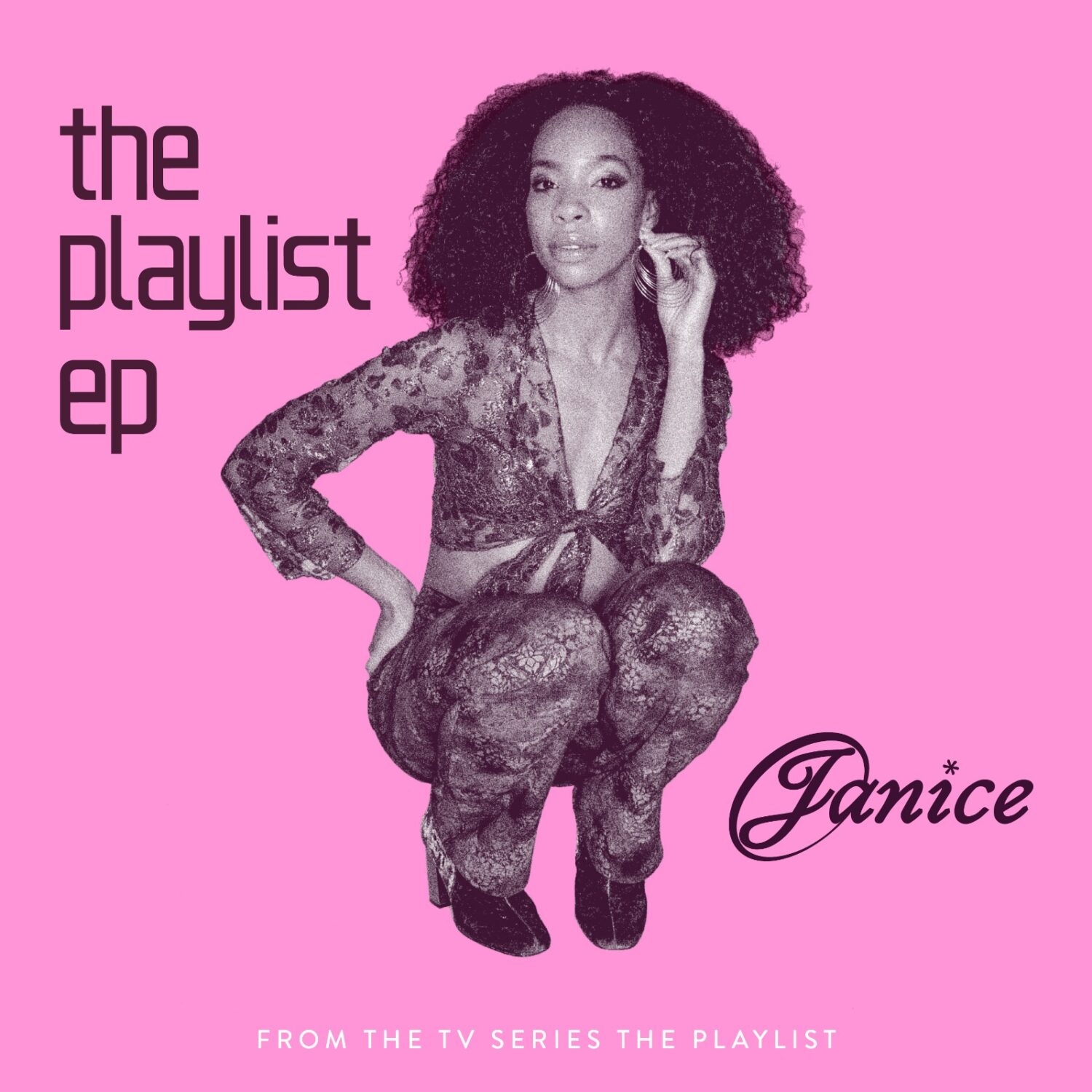 Speaking about ‘My Kind Of Woman’ she said,

«  ‘My Kind Of Woman’ is an anthem that celebrates women of all shapes and sizes. It's about being the woman you want to be. Dare to throw yourself out there, flourish and believe in your own power. Don’t let anyone else define you. «

Adding about her work on The Playlist, she said,

“It’s an absolute dream come true to be a part of the main cast of The Playlist! I’m so grateful that I got to play Bobbie T, a character I really connected with. Alongside a cast of brilliant actors, directed by the exceptional Per-Olav Sørensen. I couldn’t be more excited for this series to premiere”.

The moment Janice wrote a song of her own for the first time something changed. Like a switch that immediately thrust her into a thrilling new world, the Swedish soul singer saw a path open up in front of her. She grew up in a house alive with the sound of 90’s singers, pioneers who rode the wave between pop and soul – from Whitney Houston and Erykah Badu through Lauryn Hill and D’Angelo – but at school she began to veer towards dancing, doubting the beating of her heart even though she knew it belonged to the songs she’d perform in the quiet of her home.

Just as she was beginning to feel like she was in the wrong place with her dance studies, she was introduced to gospel singing, joining a choir in Stockholm and instantly falling for this bold new way of expressing melody and emotions. Occasionally lending herself to backing vocals, Janice soon began seeing her peers developing their own works and just like that a seed was born.

In 2022, Janice is reaping the rewards of that endeavour. She first broke through at a young age and while she regrets nothing from her tentative steps in the music industry, she wishes she’d been able to take a little more time over the decisions she made and the work she created while grabbing at the opportunities that presented themselves.

Determined to stay true to those personal ideals, it’s been four years since the release of her debut album ‘Fallin’ Up’, and that care and attention she hoped to manifest are now there for all to see. As well as completing work on ‘The Playlist’, and starring as Maria in the musical Jesus Christ Superstar, which toured across Scandinavia, Janice has also been working on her much-anticipated new album, which is set for release in 2023.

The Playlist is available to watch on Netflix now and you can watch the trailer for the series HERE .

⇥ ‘Once Twice Melody’, the first album produced entirely by BEACH HOUSE, is now out in full