Circa Waves are back with their 5th record 'Never Going Under', an album about fatherhood and navigating an uncertain future.

Circa Waves’ 5th record Never Going Under has arrived, a fresh new take on their sound in the wake of a huge summer that saw the band performing at main stage festivals and releasing a surprise EP Hell On Earth.

Never Going Under is Circa Waves’ most musically wide-ranging works, a culmination of the past decade’s work and evolution. Becoming one of Britain’s most influential and adored guitar bands, the four-piece’s dedication to constantly developing their sound has seen them secure increasingly high positions in the Official Album Charts, as well as amassing an army of dedicated fans.

Circa Waves released their title track ‘Do You Wanna Talk’ in September, giving fans a taste of what they could expect from the rest of the album. An infectious indie banger, the track is the perfect Circa Waves song combining upbeat lyrical delivery with raucous, rousing instrumentation. Accompanying the track is a video directed by the band’s own Joe Falconer, which offered an early insight into the visual identity of Never Going Under as a project.

Watch the video for ‘Do You Wanna Talk’:

They say that becoming a parent changes your entire perception of the world, and it rings true for Shuddall. Becoming a father for the first time during the pandemic, the songwriter immediately began looking at the world around him differently and seeing a different purpose for the songs he was writing. The band’s fifth studio album sees Shuddall and his band looking at a confusing, uncertain world through a new lens, but musically they have never sounded more sure of themselves. The path ahead is completely unknown to them, but they’re ready to tread it fearlessly.

"'Never Going Under' is a snapshot of the fear we all feel today and the resilience we will need to get through it."

“‘Never Going Under’ speaks to that uniquely modern phenomenon of genuinely not knowing what type of world our kids are going to find themselves in, in 30 years. Physically, environmentally, and politically we are completely in the unknown. That scares us all but ultimately we know we can never give up on the future because how can you? The songs on the album are written differently from the previous work we’ve put out. They are written from the perspective of my son and also from my own current experience of the climate today.

Circa Waves have always had a certain worldview, but now it’s through that lens of being a Father and still not knowing what the hell is going on.

‘Never Going Under’ is a snapshot of the fear we all feel today and the resilience we will need to get through it.” 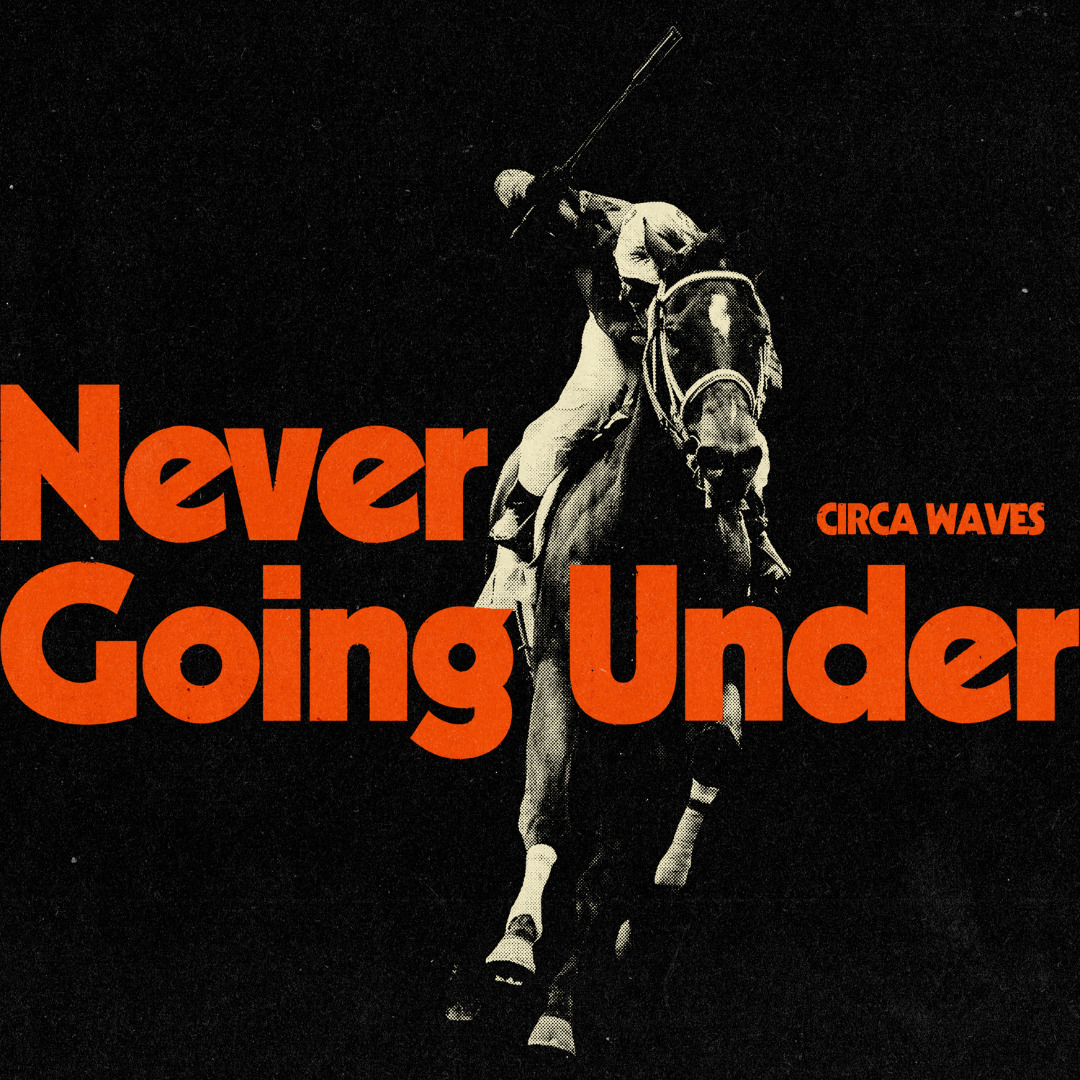