Mykki Blanco is excited to announce the June 18th 2021 release of a new mini-album, ‘Broken Hearts & Beauty Sleep’ via Transgressive Records. It marks Blanco’s first official release in nearly five years since their debut full-length ‘Mykki’ album. Today they also share the second taste of ‘Broken Hearts & Beauty Sleep’ by way of the new single “Love Me” (ft. Jamila Woods & Jay Cue). The track was written by Mykki but elevated by the contribution of Jamila Woods as well as Mykki’s real-life brother, Jay Cue.  It was produced by Daniel Fisher (Physical Therapy) with additional production by FaltyDL.

“ ‘Love Me’ is essentially about so many forms of love, patience, trust, time. It is about the potion that is created when you sift through the ingredients that create “love”, the alchemy we as human beings take part in to convey these feelings deep inside of us.

Jamila really comprises a lot of elements creatively that I just find awesome. Her soothing, soulful and folkloric voice reminiscent of great musicians like Janis Ian or Joni Mitchell.  I was completely drawn into Jamila’s leaning towards crafting songs with strong lyricism, poetry and themes exploring self-love, intimacy, Black pride, power and vulnerability, so I approached her about working with me and sent her the instrumental for ‘Love Me.’ She made my lyrics her own and created a hazy, cozy, mystical vibe to the production that really planted the seeds of what “Love Me” became. Months later I asked my little brother Jaycue (yes my real brother), to join in on the song. His section of the song he wrote himself and he poured himself into it, heart and soul. That day working with my brother impressed me so much because it was like seeing my own creativity, our family bond, his intense creative force just all coming together and it was extremely emotional for me and it really cemented for me what ‘Love Me’ is about.”

The track’s producer, Fisher says, “Mykki and I were roommates in Chicago in 2006 and best friends since. They literally spotted me on the sidewalk one day, decided we should be friends and my life hasn’t been the same since. I followed them to NYC in 2008, where they introduced me to club music and we eventually started a band together. Ever since that band ended we have been trying to collaborate on a Mykki Blanco track. ‘Love Me’ really is the culmination of so much history for us.”

It’s been just over a decade since the moniker ‘Mykki Blanco’ was created — first as a video art project portraying a teenage female character (inspired by Lil Kim’s ‘Kimmy Blanco’ alter ego) posting vlogs and raps on social media, but it inevitably evolved into a vehicle of self-discovery in the artist’s journey of forming their personal self-identity. They have pushed hip-hop to some of its most untethered bounds, melding noise and experimental elements with club and trap sounds, whilst also forging a uniquely subversive path within a genre historically entangled in a problematic ideological web of misogyny, homophobia, and transphobia. And while Blanco has been widely recognized as leading the charge as a pioneering trailblazer in the so-called ‘queer rap’ sub-genre, the music of this forthcoming new chapter of their career represents such significant musical evolution toward eradicating the confines of genre categories and mashing the previous perception of the ceiling of their potential reach.

that journey [...] has been the reward because the journey really has been my life; the career has just been the outer shell

Mykki’s desire to elevate their artistry provided the lifeblood for Broken Hearts & Beauty Sleep. To that end, the unique partnership they formed with producer FaltyDL — one that has been continuous since they first found themselves collaborating in 2018 — was instrumental in the creative process surrounding the mini-album. With Blanco penning the majority of the lyrics, FaltyDL produced nearly all the music. Samples became a thing of the past, and, in their place, original sounds and layers would prevail.  Creative energy was also found with the boldfaced names that contributed to the making of Broken Hearts & Beauty Sleep including “It’s Not My Choice” which features Blood Orange. Two of the LP’s tracks feature lyrical collaborations – Big Freedia contributed to “That’s Folks” and “Summer Fling” was co-written by Kari Faux. All of these collaborations are as organic as they come with each guest being a genuine fan, if not friend or even family, of Blanco. Collectively they add unique flourishes, but the spirit of the mini-album is all their own.

Blanco’s evolution and road to Broken Hearts & Beauty Sleep reflects an artist who has never been more in touch with their creative impulses and never more ready to bask in the magic of their own creativity. Mykki says, “For me, I am one of those artists who many would say has taken the longer road to get to where I am now, but it’s that journey which has been the reward because the journey really has been my life; the career has just been the outer shell to the deeper things that I’ve experienced, and I can only be here now because of this journey.” 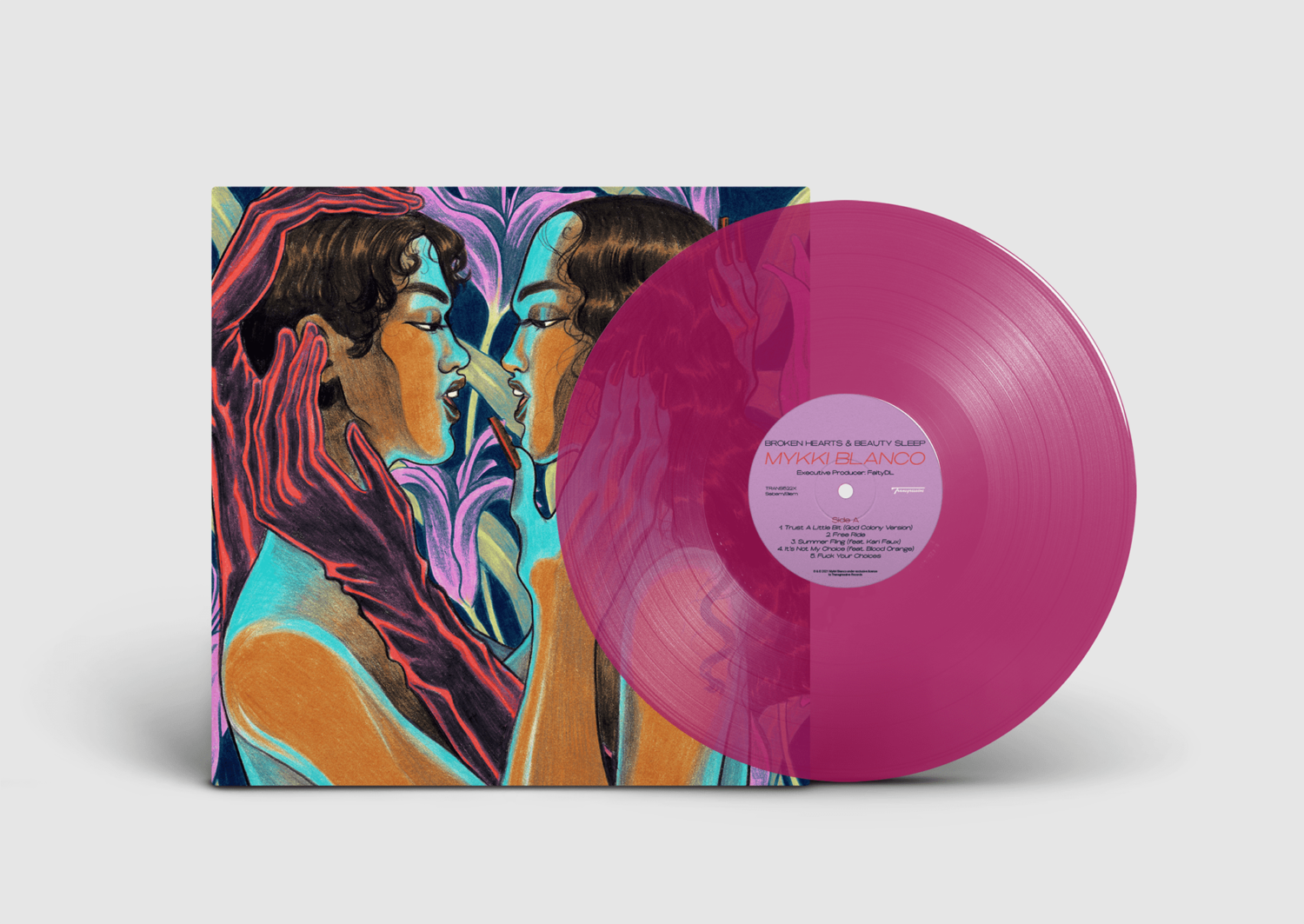 ⇥ The story behind her album “My Echo”, in Laura Veirs’ own words