Nilüfer Yanya Runs Headfirst into the Depths of Emotional Vulnerability on her Second Album ‘PAINLESS’, Previewed by ‘stabilise’ and Accompanying Video

As the daughter of two visual artists (her Irish-Barbadian mother is a textile designer and her Turkish-born father’s work is exhibited at the British Museum) creativity was always destined for Nilüfer Yanya’s future. Now entering the next stage of her creative journey, Yanya is running headfirst into the depths of emotional vulnerability on her second album, PAINLESS. The follow-up to her 2019 debut album Miss Universe, PAINLESS was recorded between a basement studio in Stoke Newington, London, and Riverfish Music in Penzance, Cornwall. For this outing, she has joined forces yet again with Miss Universe collaborator and producer Wilma Archer, as well as DEEK Recordings founder Bullion, Big Thief producer Andrew Sarlo, and musician Jazzi Bobbi.

Set for release on March 4th, 2022 via ATO Records, PAINLESS is previewed by lead single ‘stabilise’ alongside its accompanying video by Nilufer’s sister and long-time creative collaborator, Molly Daniel.

Over a fast-paced, nimble guitar line on new single ‘stabilise’ Yanya sings “There’s nothing out there / For you and me / I’m going nowhere”. It is a song about the mundanity of the city where dog fights, small flats, and endless high-rise buildings can induce claustrophobia. Nilüfer shares about the concept behind the single and video, “I was really thinking about your surroundings and how much they influence or change your perception of things. A lot of the city is just grey and concrete, there’s no escape.” She adds, “The video plays on the central theme in the song of no one coming to save you ever. It’s set in the depths of reality in everyday life where we are the only ones truly capable of salvaging or losing ourselves. Nothing is out there – both a depressing and reassuring statement (depending on how you look at it). Sometimes you have to dress up as a spy or a rock star and just hope for the best.” 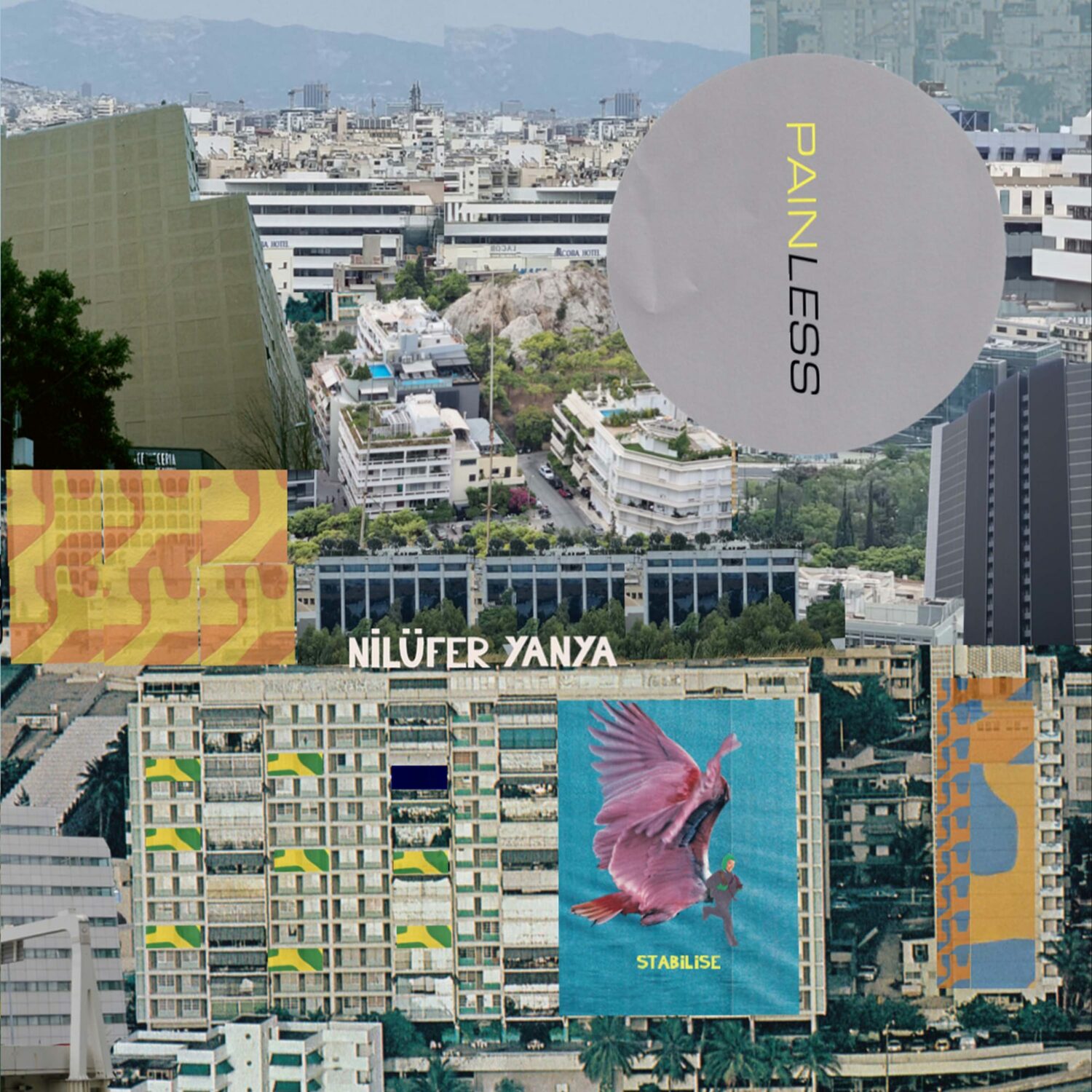 Where Miss Universe stretched musical boundaries to include a litany of styles from smooth jazz melodies to radio-ready pop, PAINLESS takes a more direct sonic approach. By narrowing down her previously broad palette to a handful of robust ideas that revolve around melancholy harmonies and looped industrial beats to mimic the insular focus of the lyrics, Yanya has smoothed out the idiosyncrasies of previous releases without losing what is essential to her.

This twelve-track collection forces the listener to sit with the discomfort that accompanies so many of life’s biggest challenges whether it be relationship breakdowns, coping with loneliness, or the search for our inner self. “It’s a record about emotion,” Yanya explains. “I think it’s more open about that in a way that Miss Universe wasn’t because there are so many cloaks and sleeves with the concept I built around it.” She adds, summing up the ethos of the new album, “I’m not as scared to admit my feelings.”

⇥ Ezra Furman’s new album ‘All Of Us Flames’