"Stephen Fretwell is a Seasoned Craftsman, and This is an Album that Sneaks up on You" – Discover 'Busy Guy', Fretwell’s Long-Awaited Third Album via the Words of Critically Acclaimed Author Emma Jane Unsworth

Described by Fretwell himself as “a song cycle of sorts,” Busy Guy examines the seasons of a life, exploring fatherhood, grief and rebirth, with Fretwell’s trademark eloquence and wit.

‘Oval’, the fourth song on the album […] is a sparse, urgent love song, heady with sensuous images – ‘a harvest pear in silk’ – and heavenly bodies – the moon and the sun – as well as those lying on beds. But, as in so many of the songs on Busy Guy, all is not well. There is a deep sense of unease: tropical heat at twilight. Beyond the innocent curves of ‘Oval’, images of opposites clash and collide; celebration sours to disappointment. The longed-for sun can be a thing that burns. The birthday becomes a sultry disco.

“I think it is a song about marriage, the actuality of it, the responsibility of it, and the gamble,” says Fretwell. “When my girlfriend was pregnant with our first son, we moved to a flat near the Oval in London. As our marriage fell apart a few years ago, it was this simple song that was the only thing I had to stick in the ground and push on with making some new music. I wrote the song about watching my wife look out of the window in that flat in Oval, looking at her new life as a mother, our new life as parents, and I was trying to show that in some way the beauty that we are gifted by becoming parents is often haunted by the loss of something, too.”

Fretwell, now 39, grew up in Scunthorpe but cut his musical teeth in Manchester in the early noughties, playing in the bars and clubs of the legendary Northern Quarter. In the years before that, as a teenager, he visited his cousin who lived in Vienna. On these trips, he’d stay up late with his cousin’s wife and she would play him her record collection (“the Nicks [Cave and Drake], Morrison and Morrissey – who I presumed were related,” he laughs) and talk about her interior life. This experience, witnessing music and lyrics being used to process thoughts and feelings, informed his approach to songwriting, giving his early work a maturity beyond its years. 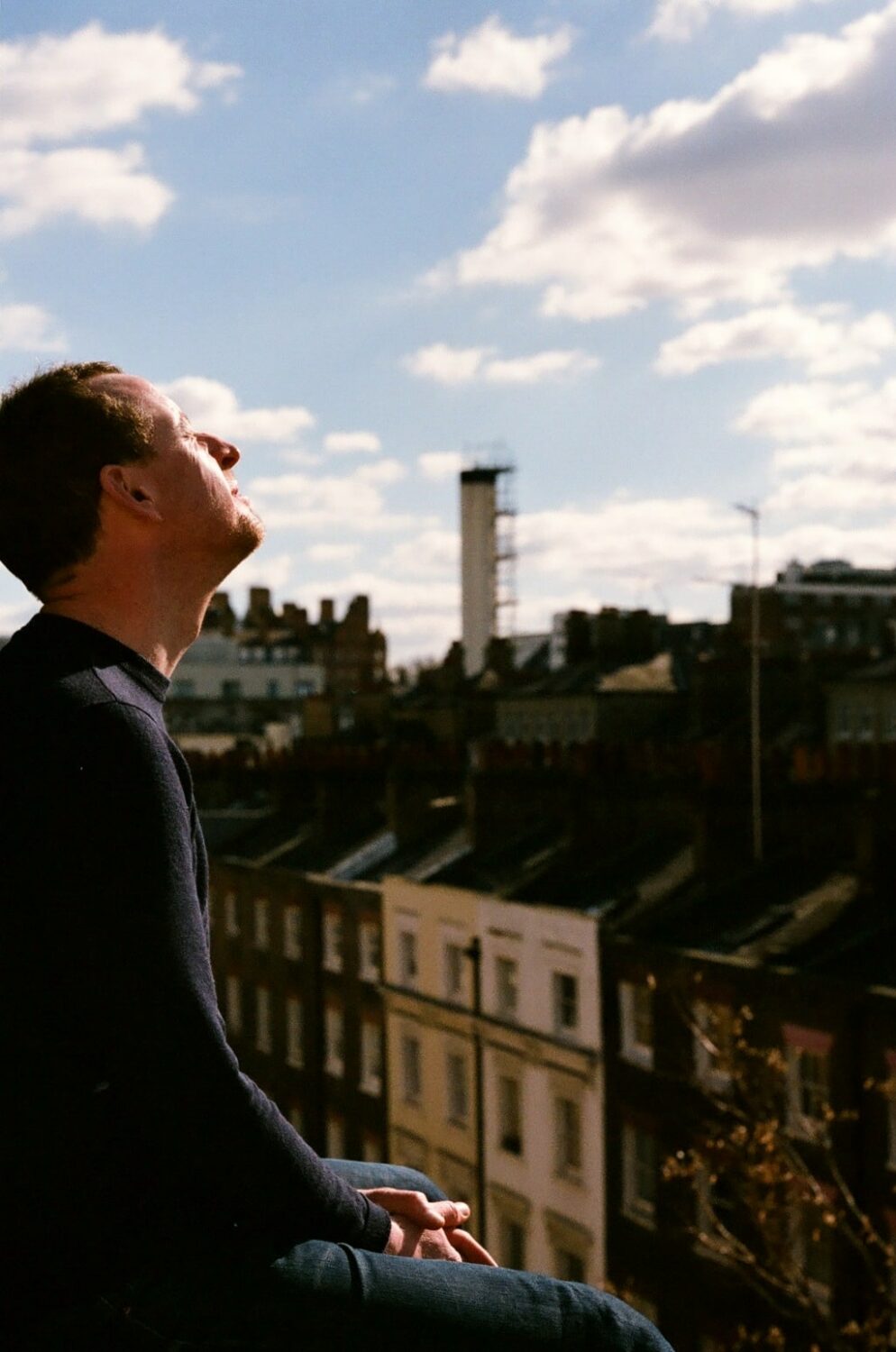 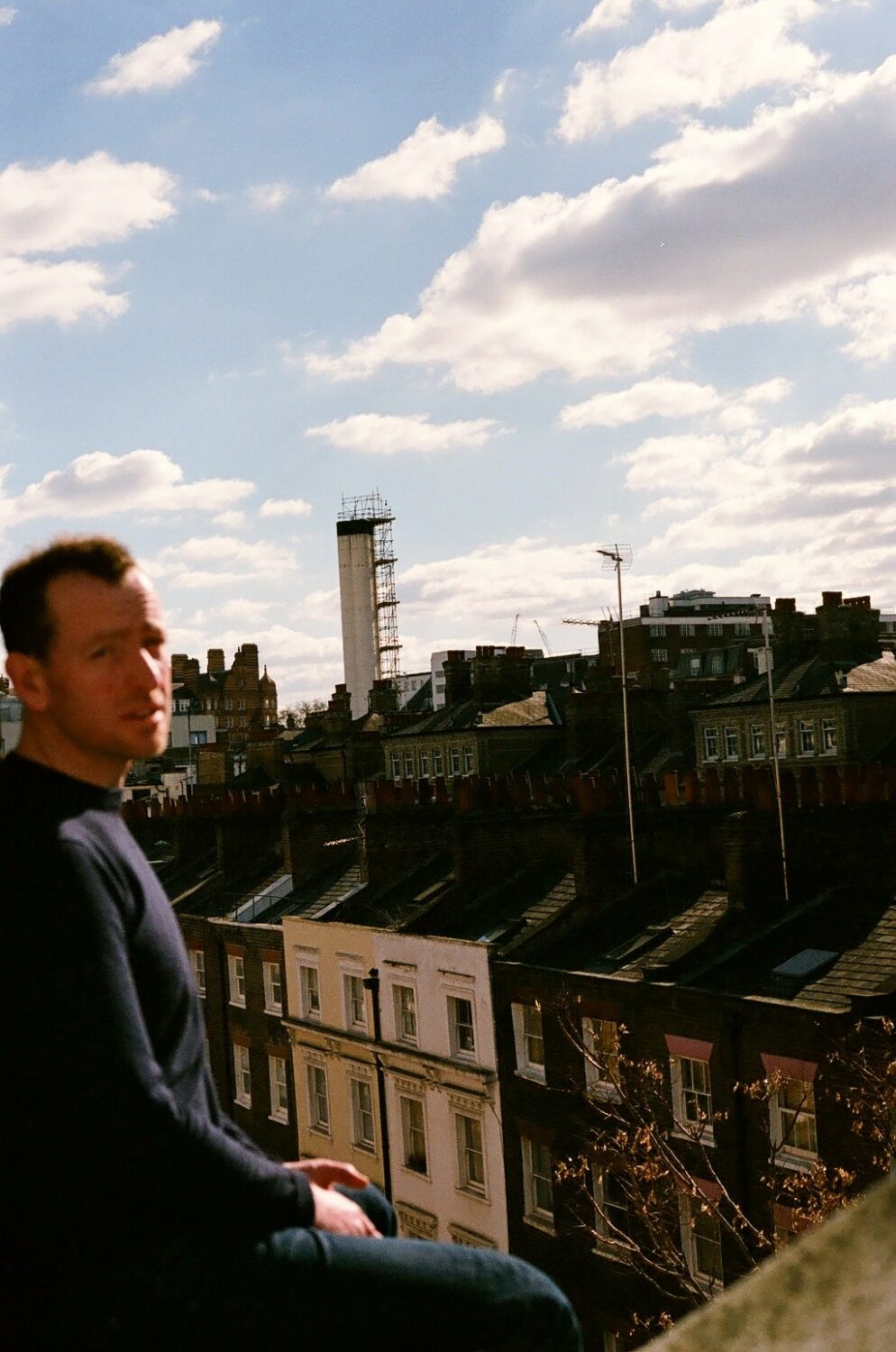 Fretwell’s debut album Magpie, which featured the songs ‘Emily,’ and ‘New York’, both much beloved among his early fans, was released on a major record label in 2004 and sold 100,000 copies. In 2007 he released his follow-up, Man On the Roof, for which he received a well-deserved Ivor Novello Award nomination. Fretwell went on to support the likes of Travis, Elbow, Keane and Oasis, and in 2008 played bass for The Last Shadow Puppets. His first son was born in 2011. At this point Fretwell became a full-time dad, and “didn’t come up for air until my son started school, by which time we had another son. I just forgot about songwriting. I didn’t even own a guitar for five years.”

Fretwell’s best-known song is perhaps ‘Run’, which features on the credits of BBC1’s hit sitcom Gavin and Stacey. Fretwell says: “I really truly love that show – literally I love it as a comedy, but also it has been an unavoidable presence in my life – a little like a person who is always next to you at times of great need – but who is unaware of the fortunes they afford you. There are so many children’s playgrounds where the mention of that song has warmed the gazes of suspicious full-time nannies.”

Before setting to work on this album, Fretwell raised his two young sons in Brighton, on the south coast. It meant that returning to writing and recording wasn’t easy. “For 13 years I hadn’t walked into a professional recording studio to stand still and make a record from start to finish in one delivery – one go,” he says. “Just the terror of the tape spools beginning to turn and the red light coming on…”

Luckily, he was in safe hands. Busy Guy was produced by Fretwell’s close friend Dan Carey. They recorded the whole thing one hot July afternoon in just two hours. “I was so fired up, I just rattled off the songs,” Fretwell says. “I assumed it was the run-through, but Dan said he thought we’d got it.” The next day, Carey assembled “a palate of sound” involving keyboards and an electric guitar. “Dan said, ‘I’m just going to react to the songs over the next few hours’, and that’s the finished record, besides some cello.” The album title was also Carey’s idea. Fretwell explains: “Years ago, Dan asked why I always carried a copy of The Guardian, a notebook and a pen when all I did was go to the pub. I said: if you go to the pub at 11am with a newspaper, a notebook and pen, you look like a busy guy rather than a pisshead. It became a joke between us. The joke too is that I didn’t do any music for years.”

The album was recorded at Dean Street Studios in Soho, not far from where Fretwell now lives, and London looms large on the record, in titles like ‘Oval’ and ‘Embankment’: stops on the Tube, and urban images shimmer as Fretwell captures a city full of pride and secrets. He wrote most of the lyrics for Busy Guy sitting in the British Library, “taking the songs to pieces and reassembling them, refining the words, thinking about the stories.”

And what stories. From the album’s opener, ‘The Goshawk and the Gull’, a wintery lament shot through with foreboding, the album moves through characters and scenes, from shorelines to collapsing buildings, looping in its callbacks with panache. Fretwell is a seasoned craftsman, and this is an album that sneaks up on you; that hunts you in the listen. An ice sea creeps in, as it surrounds a man who is focussed on the job in hand. The themes of the record are heavyweight – the breakdown of a relationship, lost love, lost family, guilt, yearning – but there is boldness in the delivery that provides uplift to the emotional heft. Several of the songs have colours for their titles: ‘Orange’, ‘Green’, ‘Pink’, ‘Copper’. They hit like a series of fever dreams. Songs twist from joy to pain and back again, such as ‘Pink’, which starts in hazy confusion, the narrator repeatedly asking “Is it summer?”, and moves to regret and damage:

The branched glass on your phone screen is all cracked.

And who wrote those words –

Was it the lash?

There are moments of visceral delight, of ripeness and fullness in nature – blood, milk and honey, peaches and almonds – all set against the backdrop of the slow-burn of long-term love. Fretwell is a true poet with his imagery – taking us on a tour of the universe as he tries to conflate the experience of loss and love on a major scale, yet never wanting to assume grandeur, always dancing that fine line between statement and question. He takes us right up into the cosmos, to “moon craters” and “crazed constellations” (‘Green’), to religion’s saints and angels, and right back slap-down down to earth again – in the grotesque detail of horseflies twitching in last night’s wine glasses, and the charming fridge-cold lagers the narrator of ‘Pink’ has brought for the beach: a peace offering, but also an opt-out.

I was in the drink –

I was diving low –

Aiming for the bottom of everything’

Summer features heavily on the record, but also not-summer, a desire for summer, and, ultimately, a resignation to time passing, to the approach of spring. ‘Almond’ features Spanish guitar flares – hints of heat, of holidays past. The coast also plays a big part, no doubt due to it being the setting for much of Fretwell’s recent life, and seabirds as well as sea animals duck and dive through the lyrics, offering levity in the album’s darker moments (‘The wild seals I glimpsed that swam instead of you’ (‘Green’). There are wry takes on urban life, on white privilege, on satisfied songbirds (so many birds!), and never quite settling into middle-class family life:

Over the road there

They are steaming up

A heel rests on the tender neck of a little thing –

These relaxed tones, combined with the bright energy of ‘Copper’ break into the harder beats of ‘Almond’, where “the sun tries, but it can’t get through” and summer starts to lose all its shine and expression itself seems under threat. “A love song is croaking,” he sings. ‘Almond’ tells the story of a relationship, from meet-cute to heartbreak, packed in a bittersweet little nutshell. “‘ “Almond’ dips in and out of a relationship I had over 20 years, from fumbling around in a doorway to having a child,” says Fretwell. Words weave and tangle in the album’s latter songs, a mind and life unravelling, a descent to the gut-punch moment, spelled out in the album’s final song, ‘Green’:

I realised I was at last beneath the Lebanon tree

Making wine from the roses –

Carving out deals with the roses

– as your grey eyes turned to blue.

But it’s not an ending so much as the beginning of the cycle all over again. While Busy Guy acknowledges tragedy, it is also punctuated with hope. The narrator of ‘Embankment’ might beg for his body to be dragged from the water, but his heart is still beating. Busy Guy is a record that dips into darkness but ultimately shines in its own light. A record that symbolises a waking up. A fresh start. A newness that bears the weight of the past but uses it to great effect. Maybe on this note, the final word is best left to the birds. Like the guitar they describe in ‘The Long Water’, this is a record that “echoes deep in the cavity”.