In recent years, Connie Constance (real name: Constance Rose Power) has been on a journey of self-discovery. Though she is notably mild-mannered, prone to fits of giggles, and a self-described “fairy bitch”, she recently got her full astrological chart which described her personality type as an aggravator, and it really resonated with her. “I’ve been doing that without realising it,” she says before her tone becomes incredulous. “I never knew it would be such a big thing to want to make indie music”.

Having spent the last two years releasing on her independent label Jump the Fence and in recent months subsequently signing with Play It Again Sam, she has been busy creating indie pop tracks infused with punk and soul that feel true to her riotous roots.

But it’s taken some strength and convictions in her own voice. “I feel like I’m finally being treated as an adult and creative partner versus a young crazy creative girl,” she says. As a Nigerian-British artist, she believes the UK music industry struggled to understand alternative women of colour, having been likened to other mixed-race British singers such as Corinne Bailey Rae, Mabel, and Jorja Smith.

The Watford-born 27-year-old has remained laser focussed on putting out music that fits how she sees the world rather than how the world sees her. And she takes her place among rising alternative black girls from WILLOW to Nova Twins who have proved that natural hair and underground sounds don’t make you too niche. 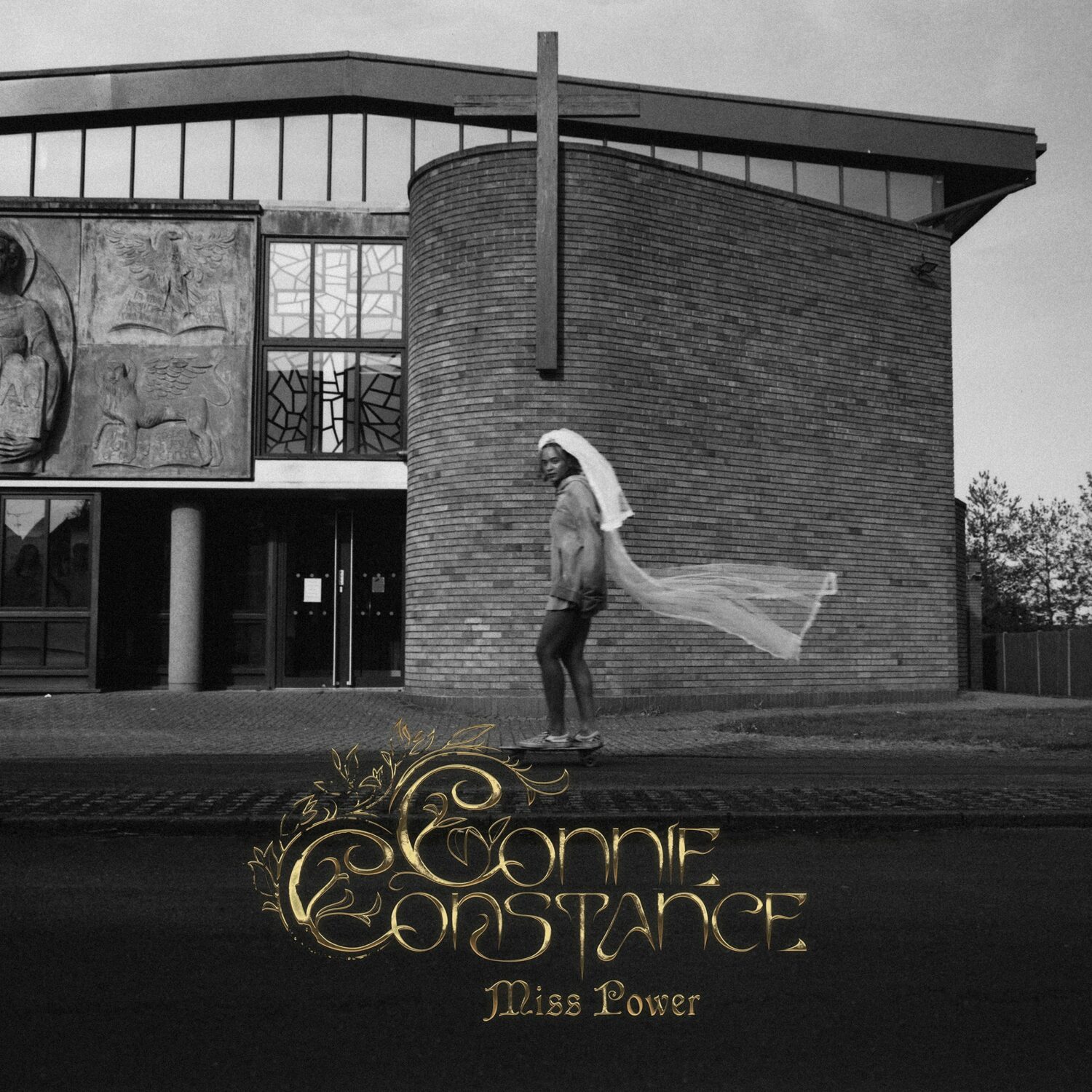 The New Album from Connie Constance

Her new album, Miss Power, is both nostalgic and zeitgeist, imbued with powerful drums, playful guitar riffs, and anthemic feminist rage via playful lyricism like: “I’m not your perfect little princess and I have my own unique vagina” as well as the hard-hitting screams “I’m not a specimen for you just to study and your opinion does not count for nothing”. These lyrics hint at the way women, Connie in particular, have to rally against external voices – especially as a songwriter. She held her cards close to her chest for the project as she finds that too many cooks spoil her auditory broth by getting too many opinions on her demos. “You can kind of mess it up before you’ve even given birth to it.” On Miss Power, Connie takes us on a joyride through dramatic, passionate, and empowering scenes with hooks aplenty and lyrics that excitedly unpick heartbreak, Connie’s strained relationship with her father, and her struggles with mental health.

Set to arrive on November 4th via Play It Again Sam, the twelve-track collection is previewed by new single, ‘Till the World’s Awake’, a life-affirming indie dance track that twinkles with bright, layered guitars atop driving basslines and powerful drums. Her dynamic yet delicate vocals swell to a thrilling, cathartic chorus: “When we are young and when we get older / I want to feel like loving, feel like loving you”. Connie’s venture into the world as her authentic self is palpable. 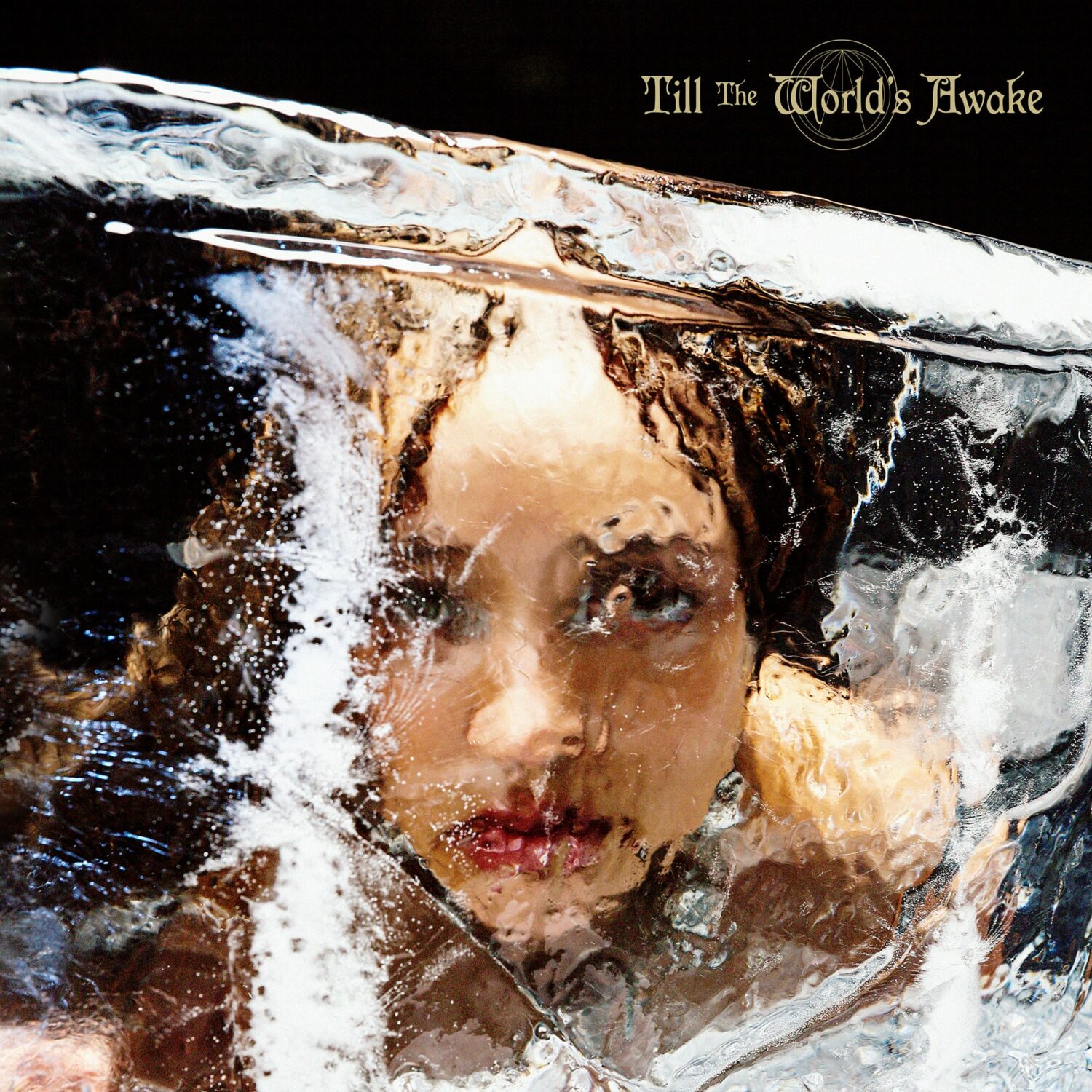 The New Single from Connie Constance

Till the World’s Awake

On the album, she says it’s the first time she’s felt she’s done exactly what she wanted to do, dubbing her sound “a fairy bitch genre” as that’s the vibe she feels when she wakes up in the morning. The concept record was written as if an ancient fairy from tens of thousands of years ago was frozen in time and they woke up today.

She makes music for those of us with “main character syndrome,” looking for a soundtrack as they too find their way in life. Powerhouses like Amy Winehouse and Lily Allen who she says had an “I’m doing me, fuck you all” kind of energy inspire her ethos and attitude, while the bravado of Santigold and MIA leave her feeling emboldened. She’s even made a vocal cameo on a Swedish House Mafia track – accompanied by a video she directed herself, might we add! – showing that her versatile sound can work on rock anthems as euphoric EDM dancefloor fillers.

Connie soaks up a lot from her environment and the multiple worlds she straddles. Her paternal family is Nigerian and she plans to travel there for the first time; whenever she speaks to her grandfather it feels like he’s preparing to once again board a flight and return. Meanwhile, her maternal side is British, so British they had a “VE day” party in lockdown. Her album title, lyricism, and overall mantra to celebrate strong women is down to the people that matter most to her. “I was raised by my mum – she’s a boss. All my best mates are boss females that kick arse and that’s the energy I feel and want to represent”. But she doesn’t shy away from her insecurities and anxieties either, as even the fiercest women have their vulnerabilities. As for her rock vocals and hard-hitting melodies, she credits her stepdad with playing Paul Weller, Oasis, and Arctic Monkeys around the house and getting her hooked on guitar music. 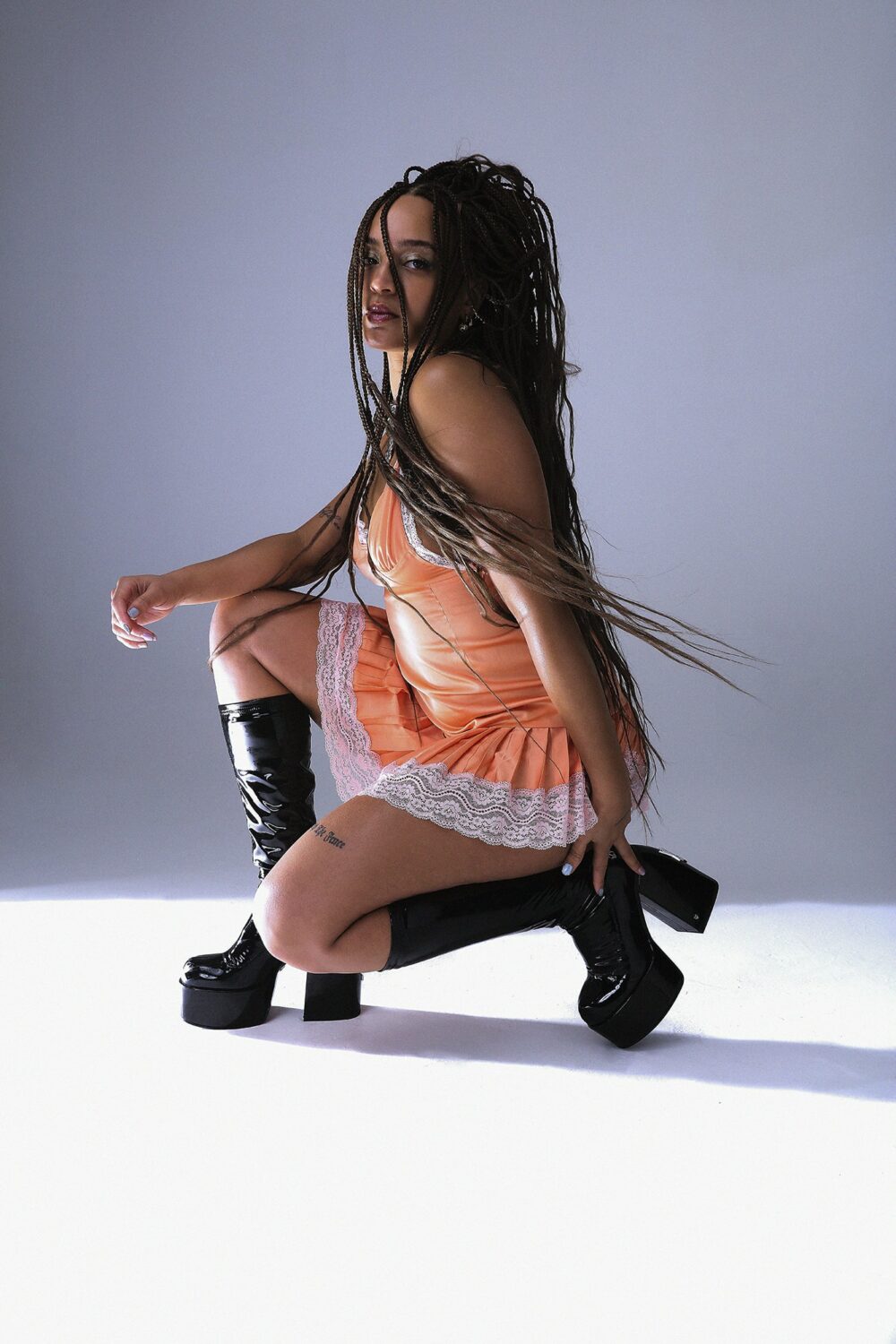 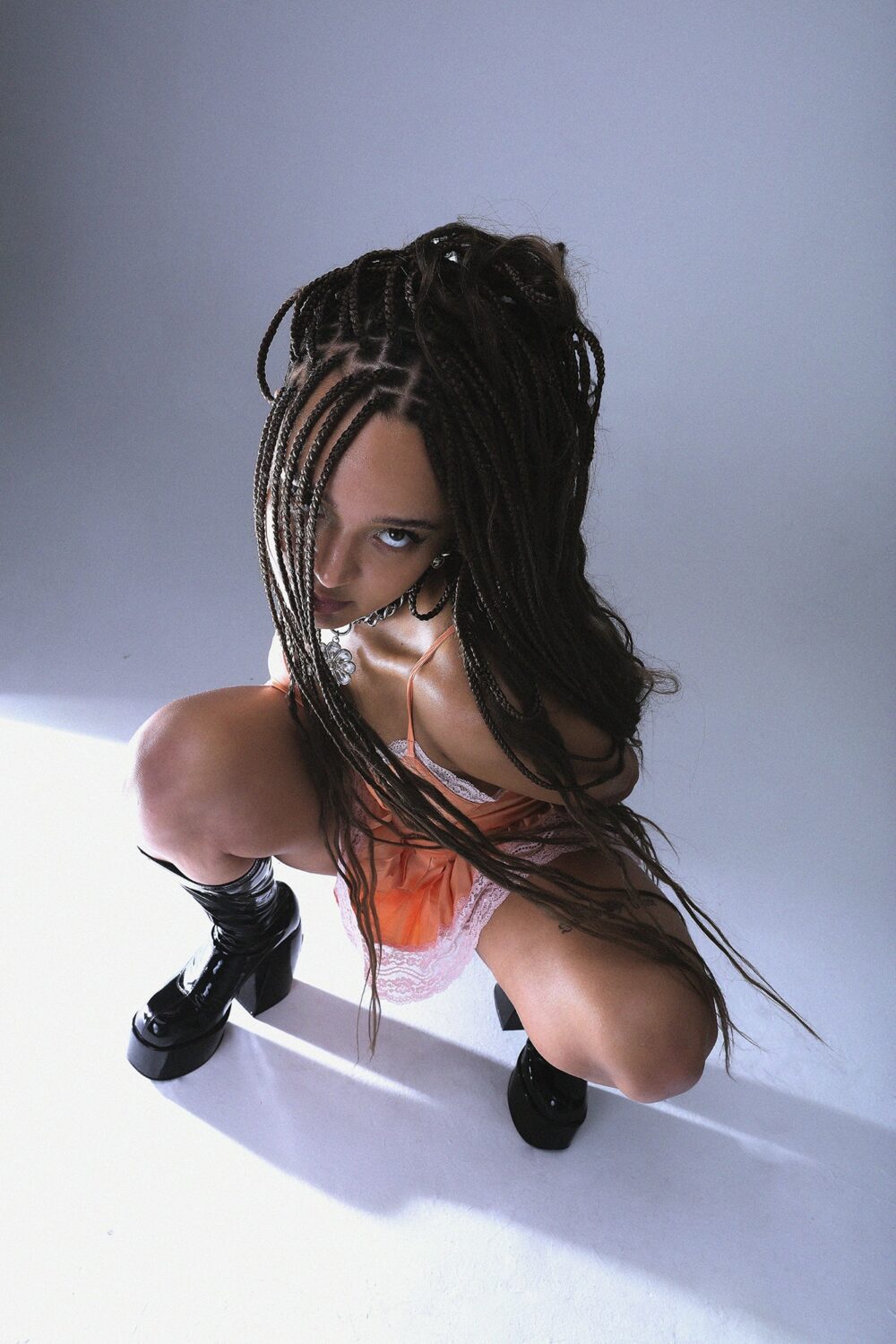 Connie attended prestigious dance school, The Urdang Academy, aged 18 which gave her a taste for performing. Having recently supported the Nova Twins she’s feeling re-energised by their cult fan base and assured that black women in alternative music needn’t be thought of as a risky niche. Touring showed her there are people out there who want it and are “obsessed” with the scene. Because her music touches on themes of mental health, Connie regularly ends up talking to her fans who want to hear more about how she got through her tribulations, connecting via their similar journeys. “They’re my mates, they feel like my little sisters and brothers”. As such she’s excited for her chance to connect further with her fans – who she calls “the Gremlins” – in her own live shows.

Connie’s own UK headline tour SOLD OUT way in advance and her uncompromising and visceral performance at The Great Escape earlier this year was a roadblock and real festival highlight. She is now gearing up to play multiple live shows all around the UK right through to the end of the year.

Connie’s excitement to venture out into the world as her authentic self is palpable, and by the sounds of it, she’s ready to step into her power.