Jonathan Jeremiah’s ‘Horsepower For The Streets’ – an Eleven-Track Collection of its Time, Yet Utterly Timeless, Brought to Life by the Amsterdam Sinfonietta

Jonathan Jeremiah’s first album, A Solitary Man was released in 2011. It earned gold status in Holland, where it charted at No.3, and also reached No.11 in Germany and Belgium. Two further albums, 2012’s Gold Dust and 2015’s Oh Desire earned him further accolades, not least a phone call from legendary James Bond composer John Barry.

Over the past decade-long career, the London-based Brit has been likened to such iconic performers as Scott Walker, Serge Gainsbourg, and Terry Callier. The clarity of his delivery draws the listener into the landscape he paints in such detail, whilst at the same time leaving much to the imagination.

Now, layered, lush strings invite you into the world of Jeremiah’s fifth album, Horsepower For The Streets, with the title track arguably serving as the essence of his musical output. His vibrant soulful voice and deep lyrics meet a groovy rhythm section and insanely well-arranged strings that are reminiscent of iconic productions by Lalo Schifrin, Michael Kiwanuka, and Terry Callier.

The album opener might conjure up images of boy racers, or revved up emotions. In actual fact, it’s a quote from an old acquaintance in Berlin, a rallying cry, a positive vibe, arriving just after a couple of years which, let’s be honest, have been pretty tough going.  This is an album of its time, of hardships endured, sirens wailing on their way to the hospital – while the songwriter sings: “So come bring it in sisters if you need it / I’ve cut you new rhythm for your spirits / ‘Cause it’s a wild world / That’s why I’m sending it / All my love, harmony and horsepower for the streets”.

“Perhaps knowing I’m a detached character in many ways, that doesn’t stop me from caring or wanting to show some love and attention to others”, Jeremiah adds. “I guess I just think I could show such things through song.”

There’s a simple explanation behind the origins of Jeremiah’s “solitary man” outlook. His father, an electrician at Wembley Arena, secured a job for him as a security guard, and on night watch Jeremiah would compose songs in his head. Both his father, who arrived from India, and his mother from Ireland, having met at London’s Lancaster Hotel where they were working, also influenced Jeremiah’s musical development – not so much the Cat Stevens or Elvis records that played in the family home, but more so from watching films together. It was the music that stayed with Jeremiah – the lush string arrangements of Lalo Schifrin, echoed here by the Amsterdam Sinfonietta who elevate the songs of Horsepower For The Streets to a sublime degree. 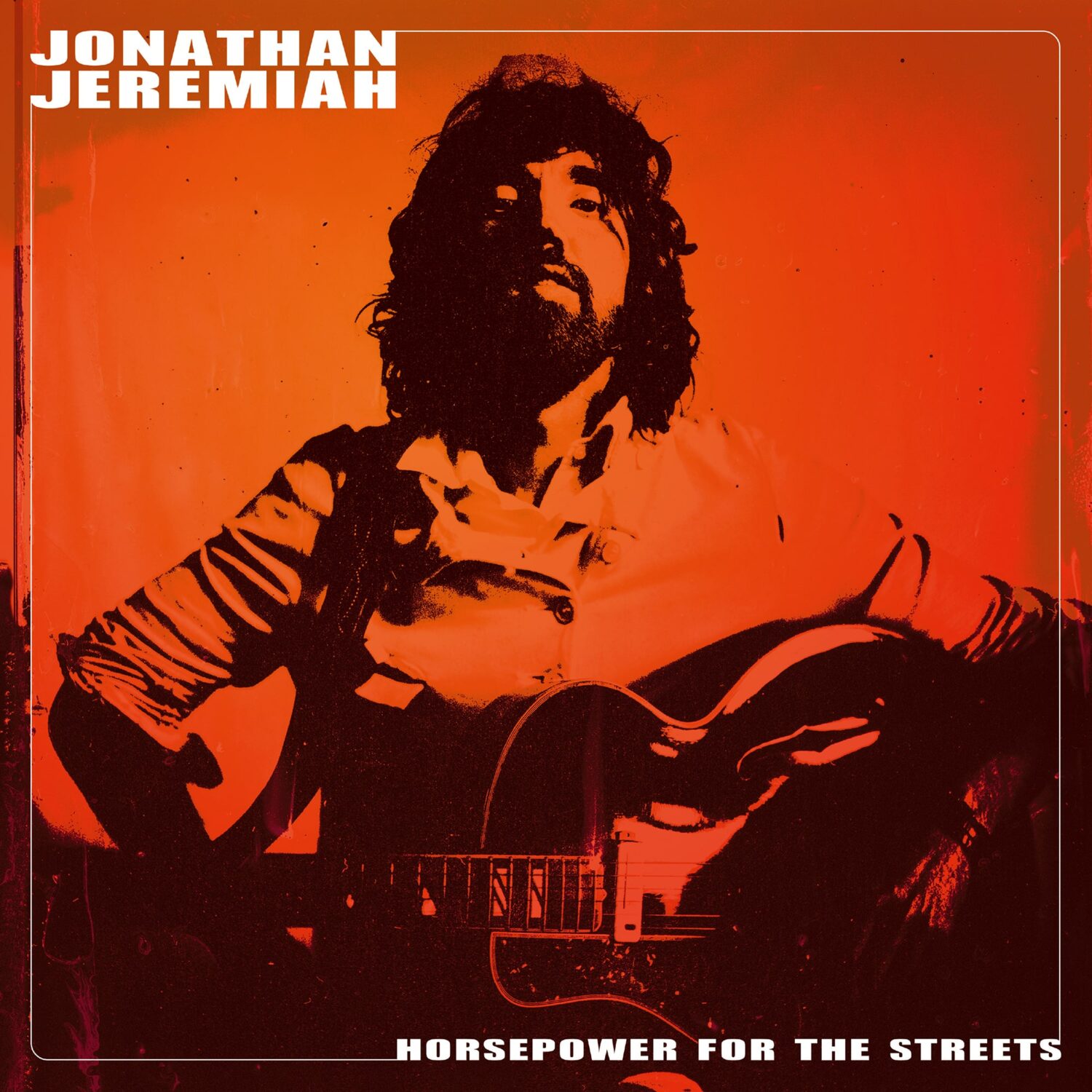 Horsepower For The Streets

Much of the new album was written in Saint-Pierre-De-Côle, the countryside beyond Bordeaux, during breaks in Jeremiah’s first tour of France, before it was recorded in a renovated monumental church in Amsterdam, with the Amsterdam Sinfonietta, a 20-piece string orchestra.

Created from sunrise to sundown, stretching far beyond the horizon, this album is simultaneously of its time and utterly timeless. It captures the groove of earlier decades without feeling the need to be nostalgic. The strumming guitar, uplifting strings, and harmonies could be traced back to Scott, Serge, and Terry. Nevertheless, this is just as much an album for right here, right now.

Horsepower For The Streets arrives on September 9th, 2022 via [PIAS] Recordings Germany, digitally and on CD, vinyl, and limited edition vinyl.