Allow Us To Introduce You to Mylar – the Latest Signing to Blue Flowers – and Their Debut EP, ‘Elsewhere’

This past February, Blue Flowers signed Mylar – a London quartet made up of Tom Clark (guitar, synth), Rob Janke (drums, backing vocals) Neraj Thangarajah (guitar, keys, vocals), and Tom Short (keys, bass, vocals). The group marked their arrival with ‘Plastic Champ’, a release that not only served as their very first offering as a band but presented a taster of their debut EP, Elsewhere. Exploring the limited language and images around masculinity, the track was accompanied by a Beatrix Blaise-directed video with animation by Qianhui Yu.

“This song came together really quickly from a cartoonish synth line from our drummer Rob”, explains Tom Short, the band’s lead vocalist and the writer of the song’s lyrics. “I got the idea of a narrator who’s on the run from their own lies which is why the vocals feel a bit frantic. There’s an important discussion around the bad aspects of men’s behaviour but I was thinking more about the very limited images of masculinity that we have. Words like champ sound dated but the image of stern manhood they represent is still with us and I liked the idea of a character who has tried too hard to fit this mould, they’ve faked it for too long and now they’re raving about these ideas like a fool in a morality play.”

Now, following the release of second single, ‘Blue Afternoon’, and in the days leading up to the release of Elsewhere, Mylar share the final preview of their four-track collection by way of ‘Trailblazer’ and its accompanying Irene Calvo-directed video. Built around an instinctive, sinister, walking bass line, the track – as the band explain – “made us think how easy and seductive it can be to follow people blindly. People who are extremely charismatic and who make you feel good by association yet aren’t necessarily very good. The song addresses someone in the wake of realising that you’ve been led on while wondering if they still have a grip on you. The production has a kind of warped 2000s disco-pop vibe which felt apt as that was a period that seems innocent by today’s standards.”

Recorded and produced by Mylar in London in the first half of 2021, Elsewhere explores the universal vulnerabilities of their internal selves and those around them, surrounded by a world spinning at a different rate. The EP was mixed and mastered in Spain by Iñaki de las Cuevas and Julío Rodríguez Sangrador respectively.

On the release, the band commented: “Most of the lyrics are about people feeling trapped by circumstance, or having a sense of time running away, or pivotal moments where you’re hyper-aware of the direction things will take.” Elsewhere arrives on April 8th, 2022 via Blue Flowers. 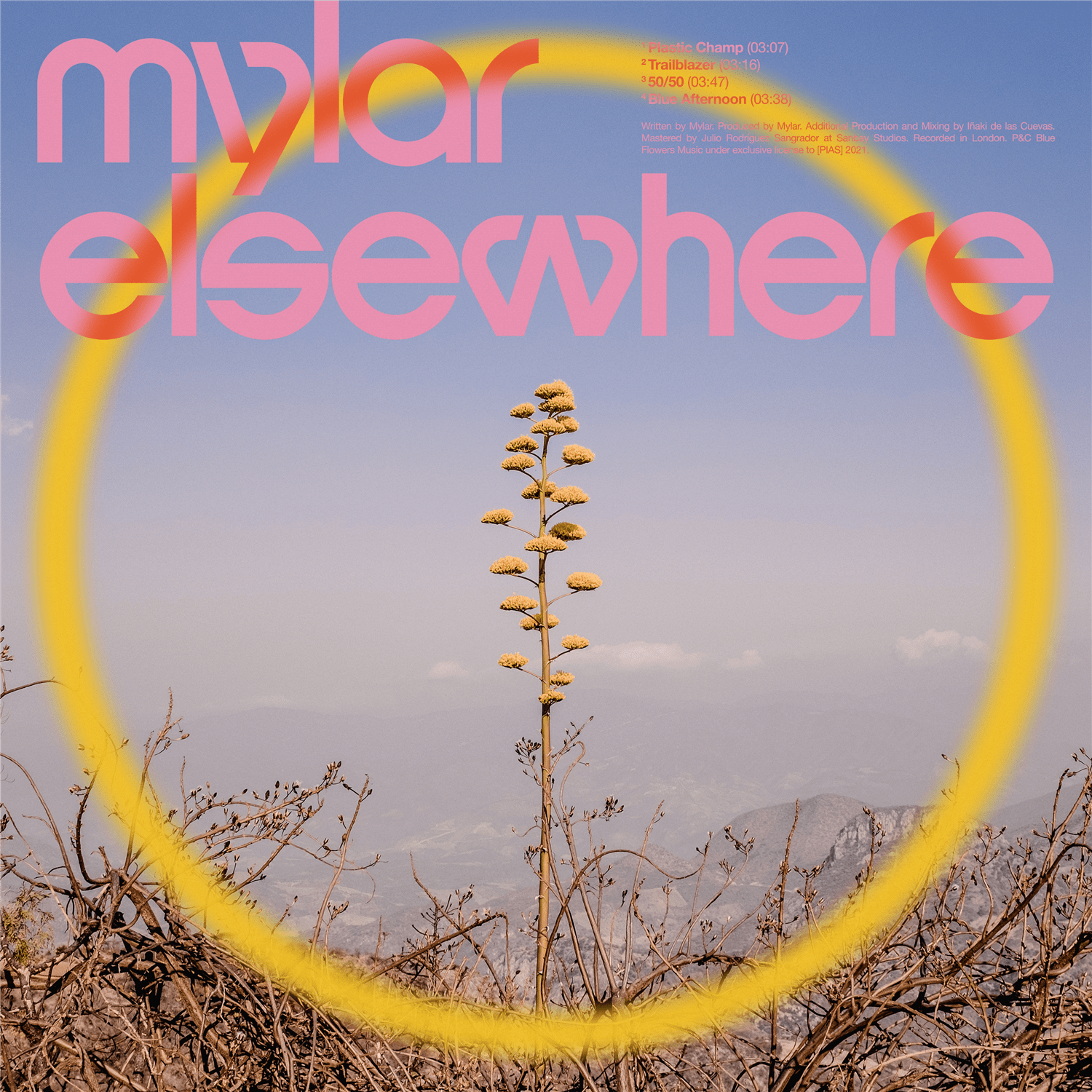 The Debut EP from Mylar