Phantasy has always found its artist family in unexpected corners of the world, and the music of Ruby Goon is no exception. The label’s latest signing unexpectedly emerges from a previously bustling underground of live music in Moscow, formed and led by Ivan Solimani-Leznhev, a strikingly independent and self-determined young singer-songwriter. Colourful and vulnerable, the music of Ruby Goon soulfully blends early psychedelia, glam and indie rock.

These influences were soulfully crystalised when studying in the United States of America. Accompanying his father, a television cameraperson posted in Washington, D.C. Solimani-Leznhev found himself culturally removed from his native Moscow, Russia, yet suddenly geographically aligned with an earnest, melodic legacy of rock, rhythm and blues. When Solimani-Leznhev eventually returned to his homeland, he set about recruiting seven multi-instrumentalist friends, each tasked with bringing the particular sound in his head to life. Soon, under his visionary direction, Ruby Goon quickly cemented their reputation and popularity as a live band with a unique, magic touch.

‘Brand New Power’, the debut album from Ruby Goon, collects these early works into an impressive volume that documents a body of warm-hearted, mature songwriting blessed with the sort of youthful energy that’s difficult to recapture and impossible to resist. Ruby Goon initially came into contact with Phantasy courtesy of the music of Connan Mockasin, an influence on Solimani-Leznhev, and certainly ‘Brand New Power’ reconnects Erol Alkan’s imprint with a specific strain of outsider music. Still, the realm of Ruby Goon thrives in its own progressive atmosphere, equally resplendent with lyrical and instrumental shades of garage rock and jazz that bathe listeners invited into a warm and deeply personal world.

“Being a sound engineer and producer has been my hobby since I was a teenager, and I started writing music when I was eleven-years old”, explains Solimani-Leznhev, prolific since an exceptionally young age. “Ruby Goon represents something different than what I had been doing before; spacier, calmer and with much more melody.”

“I am more of a social guy now”, adds Solimani-Leznhev, who was until his recent departure from Russia, in the midst of constructing a new studio in Moscow, a finely-tuned shrine to the analogue warmth that characterizes his compositions. “But when I was younger, I was lonely in America. As a result, I got really deep into researching music history. For example, I would search ‘British Invasion’ on Wikipedia, then make sure to listen to every band listed. I learned the style of the Delta Blues from Youtube, and even beyond that, I was always looking, searching and learning.”

Even with this level of passion in play, it might still surprise to hear that ‘Globe’, the luxuriously smooth opening to ‘Brand New Power’ was inexplicably only the second track Solimani-Leznhev recorded after purchasing his first guitar.

“Have you heard the news?”, he sings. “That this morning would be so very lonesome.”

Heartbreak, longing and the soft, sometimes difficult march towards new realities are themes that Solimani-Leznhev mines with the character of a true old soul. ‘The Tide’ captures the memories of a faded relationship still repeating themselves on the calendar, while the stunning first single ‘Cold Wind’ reflects on that period before, the freezing sensation in which one suddenly realizes that love might not last, “that your feelings are plunging somewhere else.” Still, the band’s arrangements and Solimani-Leznhev’s vocal performance serve to soothe painful but necessary transitions.

Driven by their founder’s inherent sensitivity and optimism, the ‘Brand New Power’ of the title, Ruby Goon are not a band to drown in sorrow. ‘Spicy Space Pasta’, less nonsensical than its title but just as imaginative, provides a sci-fi tinted ode to “a space, on earth or otherwise, where the main thing is to have that person who will cleanse all your fears and just be happy.” On ‘Leech!”, Solimani-Leznhev finds empathy for those who have taken too much emotionally, orchestrating a pared down blues-number as poignant as a passing glance on the street from the old friend that inspired it.

The punk origins of Ruby Goon reemerge later on the LP on the angsty ‘Rub It’ and spasmodic highlight ‘Movie Groovie’, unleashing sharp-edged guitars and tumbling drums, repurporpising the energy and hysteria of a breakup to cathartic ends. Finally, ‘Taste of Goodbye’ elegantly winds down the band’s maiden voyage with another bittersweet tale of heartbreak. 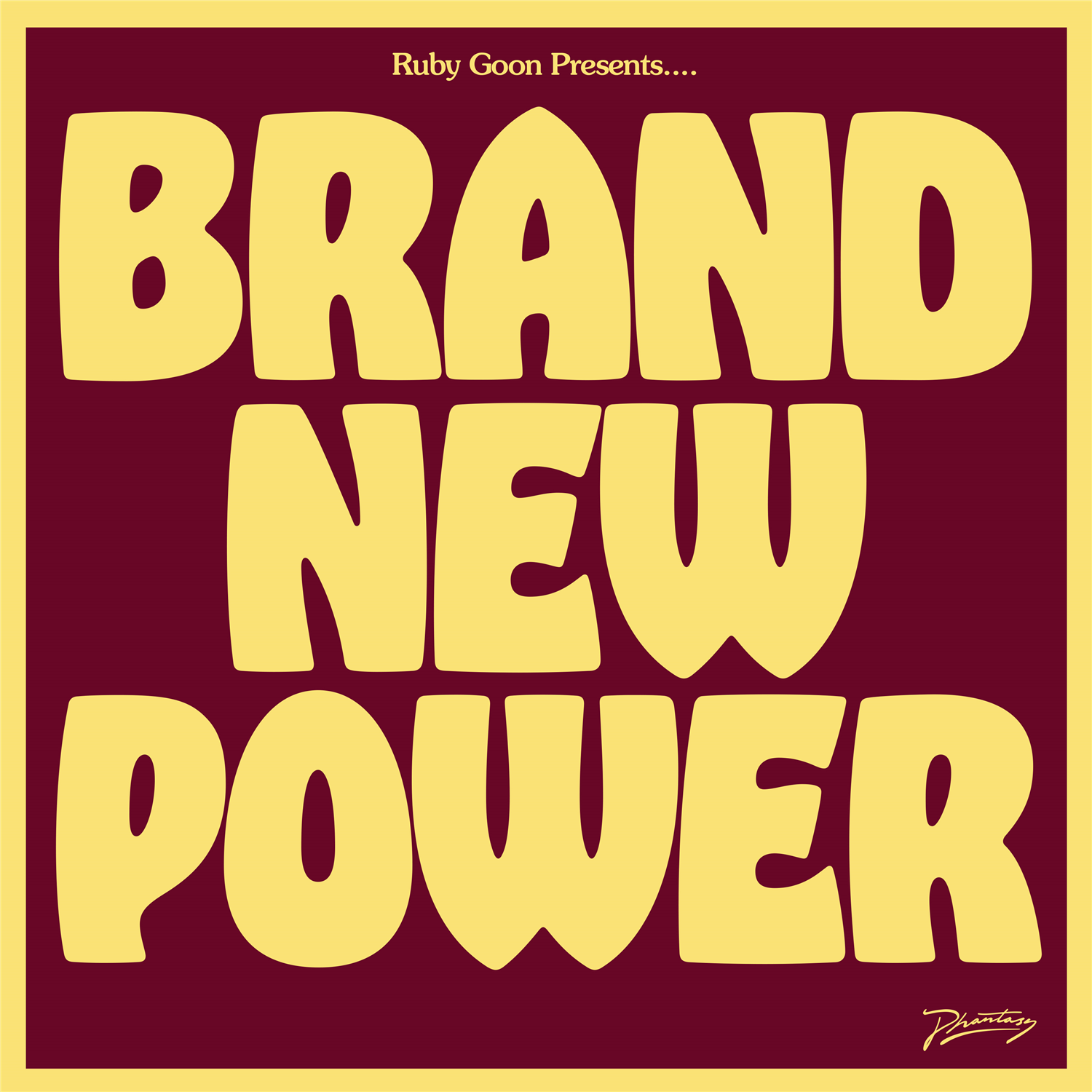