Set to Arrive this September Alongside an Alasdair McLellan-Directed Film, Saint Etienne’s Tenth Album, 'I’ve Been Trying To Tell You' Embodies Optimism, Youth and the Late Nineties

Formed in Croydon in 1990 by music journalist Bob Stanley with childhood friend Pete Wiggs, and soon joined by singer Sarah Cracknell, Saint Etienne arose within the context of the indie-dance movement of that era but created a unique sound which – albeit accidentally – paved the way for what would later become known as Britpop. Thirty years on from their groundbreaking debut Foxbase Alpha, the much-loved London trio is now set to return this autumn with their tenth studio release, I’ve Been Trying To Tell You – an album about optimism, youth, and the late nineties. It is accompanied by a sumptuous film by the same name directed by acclaimed photographer Alasdair McLellan. The film premieres on September 3rd alongside The Films Of Saint Etienne – a special weekend of screenings and Q&As at BFI Southbank, London.

With this new album slated for release on September 10th via Heavenly Recordings, the band marks the announcement with the release of ‘Pond House’ – an evocative collision of undulating beats and samples.

This eight-track collection was made largely from samples and sounds drawn from the years 1997-2001, a period that was topped and tailed by Labour’s election victory in the U.K. and the terrorist attack on the Twin Towers. I’ve Been Trying To Tell You is an album about memory – how it works; how it tricks you and creates a dream-like state. It also taps into the way we think of our youth, a sense of place, and where we come from.

For the first time, Saint Etienne didn’t record together in a studio. The album was completed remotely, in Hove (Pete Wiggs), Oxford (Sarah Cracknell), and Bradford (Bob Stanley), in collaboration with film and TV composer Gus Bousfield, who contributed to two songs on the album.

“To me, it’s about optimism, and the late nineties” Bob explains, “and how memory is an unreliable narrator. Pete and Gus have done a properly amazing production job. I think it sounds gorgeous.” Pete comments, “We’ve really pulled apart and dived deep into the samples; the concept and each of our interpretations of it have made this a very special sounding album, we hope you think so too.”

It's the first sample-driven album we’ve made since 'So Tough' and it’s been a really refreshing experience, such fun!

The album is accompanied by a specially made film directed by the acclaimed photographer and filmmaker Alasdair McLellan who is also credited for the stills photography for the record. There’s a whole lifetime’s worth of locations in there – Avebury, Portmeirion, Doncaster, Grangemouth as well as London. Evoking the era through the fog of memory, the resulting film is beautiful, hypnotic, and all-enveloping.

Alasdair says, “My starting point was an interpretation of my memories from the time I first started to listen to Saint Etienne’s music. Of course, it is an interpretation of what I was doing then while looking back at it now. At that time, I was a bored teenager in a village near Doncaster, South Yorkshire; it was a place where very little happened. I now look back at that time as something quite idyllic – even the boredom seems idyllic – and a big part of its soundtrack was Saint Etienne.”

The film I’ve Been Trying To Tell You will premiere at NFT1 on the Southbank, London on September 3rd. Tickets go on sale to BFI members on Wednesday, August 4th, and the general public on Thursday, August 5th. 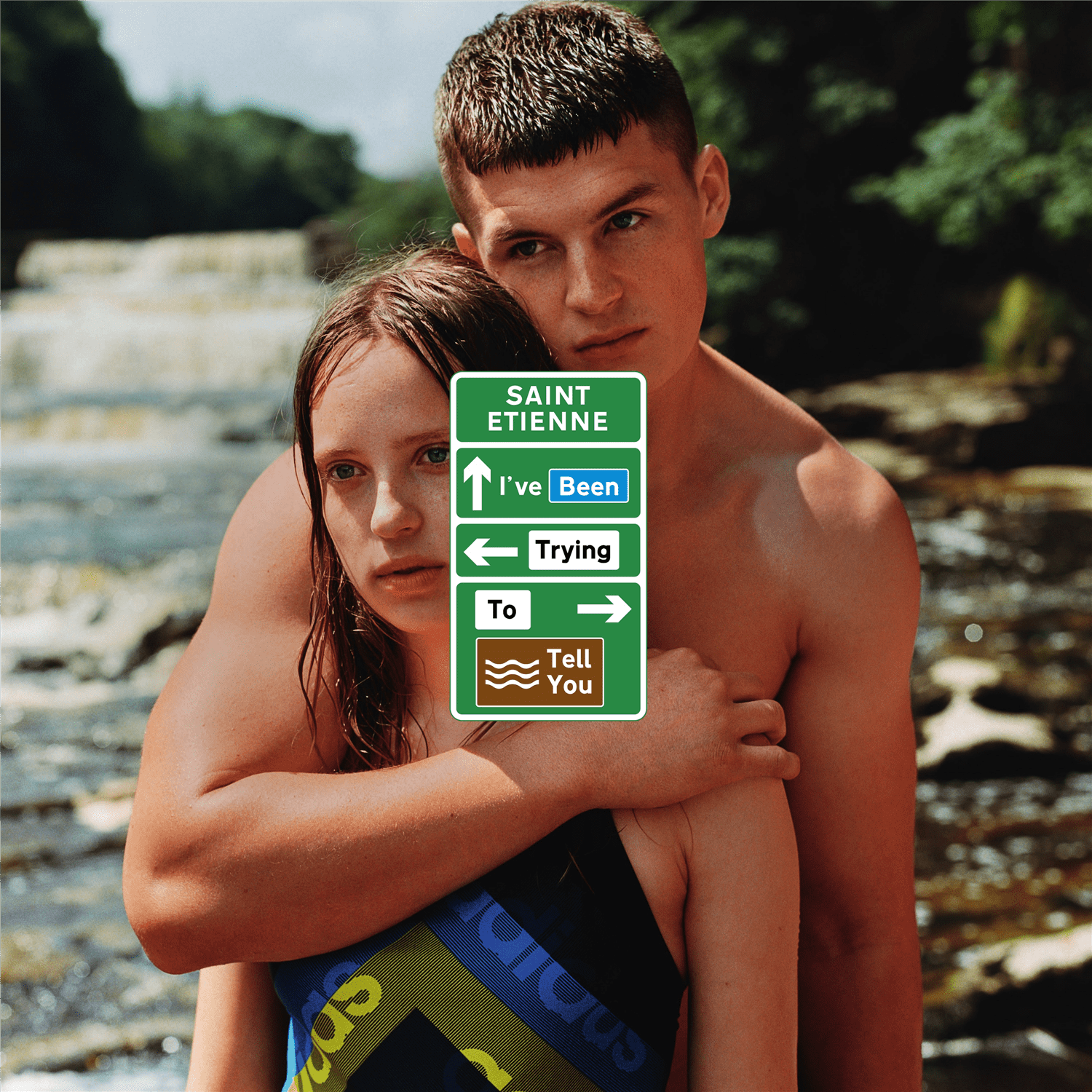 I've Been Trying To Tell You

The album itself will be available on both black and clear vinyl editions as well as a single-disc CD and a limited double-disc CD/DVD edition which includes the album, the film, and sleeve notes from socialist writer Owen Hatherley. ​​The artwork is by renowned graphic design agency M/M (Paris) (Yohji Yamamoto, Björk, Madonna).

In the pipeline is a Heavenly edition of the album with free flexidisc in addition to a lovingly put together ‘super deluxe’ limited edition box set with signed prints, film poster, DVD, exclusive 10” vinyl, and 12” album – more news to come on that very soon.