‘Sekwar’ Marks the Return of Liars and Offers a Preview to the New Album, ‘The Apple Drop’ due out August 6th, 2021

Angus Andrew has announced the release of a new Liars’ album entitled The Apple Drop, due out on August 6th, 2021 via Mute. To celebrate the occasion, he has shared ‘Sekwar’ alongside its accompanying, Clemens Habicht-directed video – this will transport you directly into Liars’ universe.

The Apple Drop follows 2017’s TFCF and 2018’s Titles with the Word Fountain, both distinctly solo affairs, but for Liars’ 10th album, Angus chose to expand and embrace collaboration. “My goal was to create beyond my abilities – something bigger than myself.”

The new album finds him working with avant-garde jazz drummer Laurence Pike, multi-instrumentalist Cameron Deyell and lyricist Mary Pearson Andrew. “For the first time, I embraced collaboration from an early stage, allowing the work of others to influence the work of my own.”

This mixing of raw, organic live instrumentation in the studio, along with Angus’s solo tinkering at the computer, results in an album that blurs boundaries between the archetypal band structure and experimental electronics. “Momentum and revolution were themes I wanted to explore, to give the listener this sense of transformation and to feel like you were being transported through the wormhole,” he explains.

My goal was to create beyond my abilities – something bigger than myself.

For Angus, The Apple Drop comes from a personal place of realignment and reconfiguration. “Throughout Liars’ history I have consistently tried to develop new methods of creating music,” Angus says. “On each project, I’ve essentially abandoned previous methods and attempted to instead learn different ways of writing and producing songs. Where once I perceived this journey as a straight line, I’m increasingly realising my trajectory is more akin to a spiral. As new ideas are generated, older ones take on new meaning and evolve further.”

There are not many bands that could make looking to the past feel futuristic but here Liars have managed to create an entirely new world – sonically, thematically and lyrically – by doing just that. 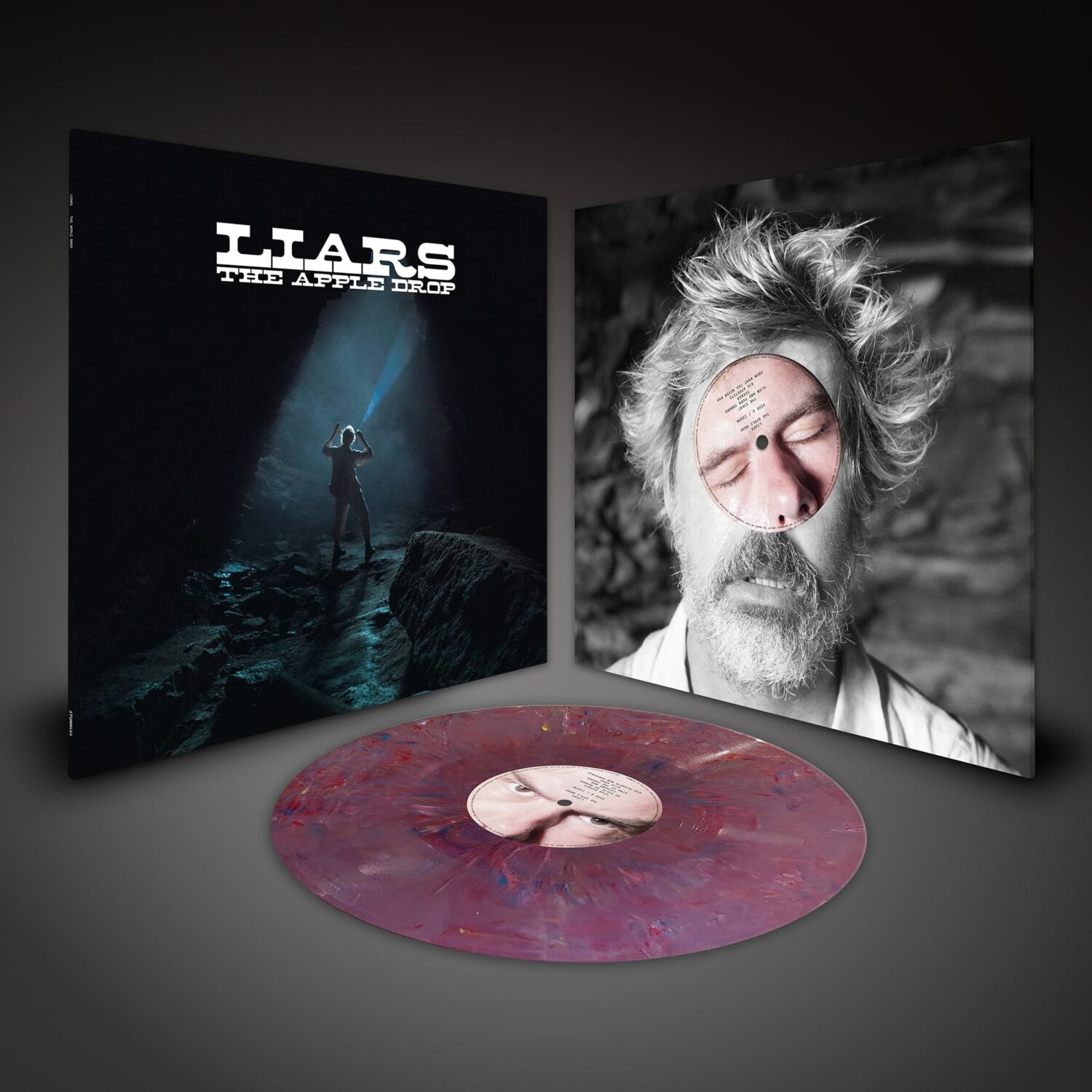