Over two decades, Terence Fixmer has mapped his singular sound across a sizable stack of singles, EPs and seven grit-smeared solo albums intended to make you sweat. For his first album on Mute, the space-inspired Shifting Signals, out on December 2nd, 2022, he deals out a fistful of club-minded, pitch-black ragers while expanding his sound palette to convey a wider spectrum of moods.

Lead single ‘Corne de Brume’ (meaning “foghorn”) is the album’s guiding star and hard-hitting statement piece; a six-minute tempest of sawtoothed synths designed to evoke a ship’s foghorn, setting a moody and uncompromising tone with ear-piercing synthwork that slices through the foggy noise. “I was imagining a boat sailing off somewhere into the distance”, says Fixmer.

Throughout Shifting Signals, the follow up to 2018’s album Through the Cortex, he fixes his gaze on a vivid sci-fi world where deep space stretches out infinitely. Shifting Signals was sparked by a formative childhood viewing of Ridley Scott’s 1979 sci-fi horror classic Alien. “I was totally traumatised but at the same time fascinated by it,” he recalls. “I kept thinking about the images from the film while I was making this album”.

Shifting Signals swoops, dips and scales the heights of white-knuckle adventure, and throughout the album concepts of unknowable space extend to the vast and mysterious natural world in our more immediate orbit. On tracks such as ‘Corne de Brume’ and ‘Step to the Edge’ Fixmer captures more tangible elements – the sea, earth – but always with an eye on their wild and uncontrollable side.

On ‘Step to the edge’, Fixmer reverts to techno fervour noddding to his floor-shaking club repertoire. Similarly, ‘No Latitude for Errors’ plots the brawny coordinates of EBM via an onslaught of jabbing synths and furious beats. Along with hypnotic stomper ‘The Way I See You’, these tracks feel noticeably rooted in the trailblazing ‘techno body music’ he’s known by many for.

But it’s not all fire, brimstone and banging techno. ‘The Passage’ slowly builds tension through layers of droning, noise that surges powerfully, like a jet engine. “Everyone will obviously see something different, but for me it conjures a space centre in an alien movie at the point when you hear the transmission; it’s futuristic. You see a space shuttle floating somewhere into infinity,” offers Fixmer.

Meanwhile, the clear-eyed piano and B-movie synths on ‘Synthetic Mind’ bring a cinematic element to the album that ambient closing track ‘Desertic’ brings into focus. “I wanted give people a direct movie image in their head when they listen to it,” says Fixmer.

“On each album I aim for something different but I retain the core sound, which is always there and often dark and melancholic. Sometimes the balance tips slightly and on this album, I’m striving to be freer and open myself up more to melody.”

Terence will be taking his live DJ hybrid show to festivals and clubs everywhere so keep an eye on his tour calendar so you don’t miss out.

Shifting Signals is released by Mute / [PIAS] on double vinyl, CD and digitally on December 2nd, 2022 and you can pre order the album here. 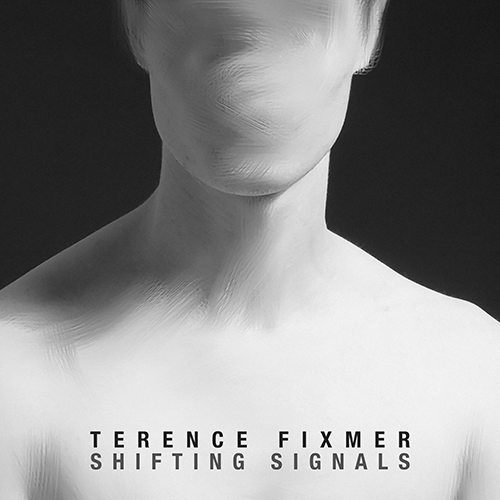 The New Single from Terence Fixmer