The Antlers Announce First Album in Seven Years, ‘Green to Gold’ and Share Video for 'Solstice'

We love when some of our favourite artists make a momentous return – on March 26th, The Antlers will celebrate the release of their first album in seven years and we can’t wait. Conceived and written almost entirely in the morning hours, Green to Gold is the band’s first new music since 2014’s Familiars, and easily their most luminous to date. “I think this is the first album I’ve made that has no eeriness in it,” lead singer and songwriter Peter Silberman asserts. “I set out to make Sunday morning music.”

To mark the announcement of this anticipated ten-track album, the group has released an enthralling new video for ‘Solstice’, directed by Derrick Belcham and Emily Terndrup and featuring world-renowned contemporary dancers Bobbi-Jene Smith and Or Schraiber.

The track “is a flashback to the infinite days of peak childhood summer, innocent barefoot hikes, staying outside all afternoon and late into the evening, well past it being too dark to see,” Silberman explains. “But it’s remembered from the vantage of a present-day that feels unbearably long rather than joyously endless. It’s an invocation of those simpler times, an attempt to conjure the lightness of youth before life got so damn complicated.”

Although Green to Gold emanates a sense of hope and renewal, the path to its creation wasn’t always so. Having endured and recovered from issues with both his hearing and vocal health – yes, pretty much every musician’s worst nightmare – Silberman felt utterly drained and deflated.

It was the companionship of long-time drummer and collaborator Michael Lerner, as well as the tenth-anniversary tour for the release of 2009’s Hospice that thankfully provided Silberman with some much-needed conviction and inspiration. “On that tour, trying out my rehabilitated voice on older songs and reconnecting to our audience, I realized how important this was to me, and to them. After each show, fans would share deeply personal stories of their own losses, illnesses, and struggles, and insist that this music had been their life raft. That rejuvenated me, and cemented my decision to revive the project,” says Silberman.

Music first, eh? Take a listen to ‘It Is What It Is’, a track that considers the inevitability of changing seasons – transitions that feel like loss in the moment, but come to represent growth over time.

Perhaps what distinguishes Green to Gold from the rest of The Antlers’ back catalogue is its arrival at a kind of quiet normalcy after a number of rather anxious records, in the same way Neil Young’s Harvest Moon does; a softer, gentler album that the artist made after recovering from a case of tinnitus himself. 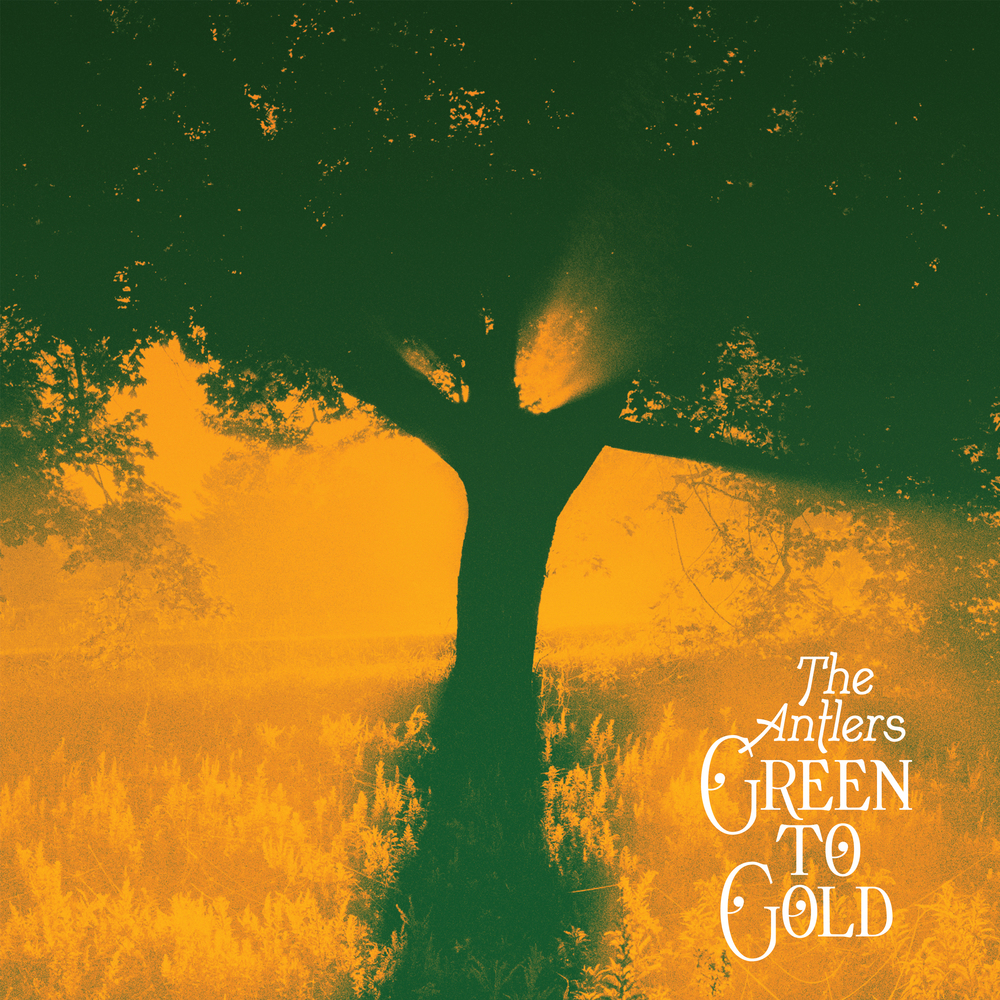