Oh, what a way to dive into summer! Two Door Cinema Club are back – and back with a bang(er). ‘Wonderful Life’ serves as a nod back to the pure rush of the band’s early output, an unwavering indie-pop signal, and the sound of a band that are more ambitious than they have ever been before in their fifteen-year, multi-platinum selling, festival headlining career. The track previews their forthcoming fifth studio album, Keep On Smiling, due for release on September 2nd via Lower Third/[PIAS]. Pre-order/save here. 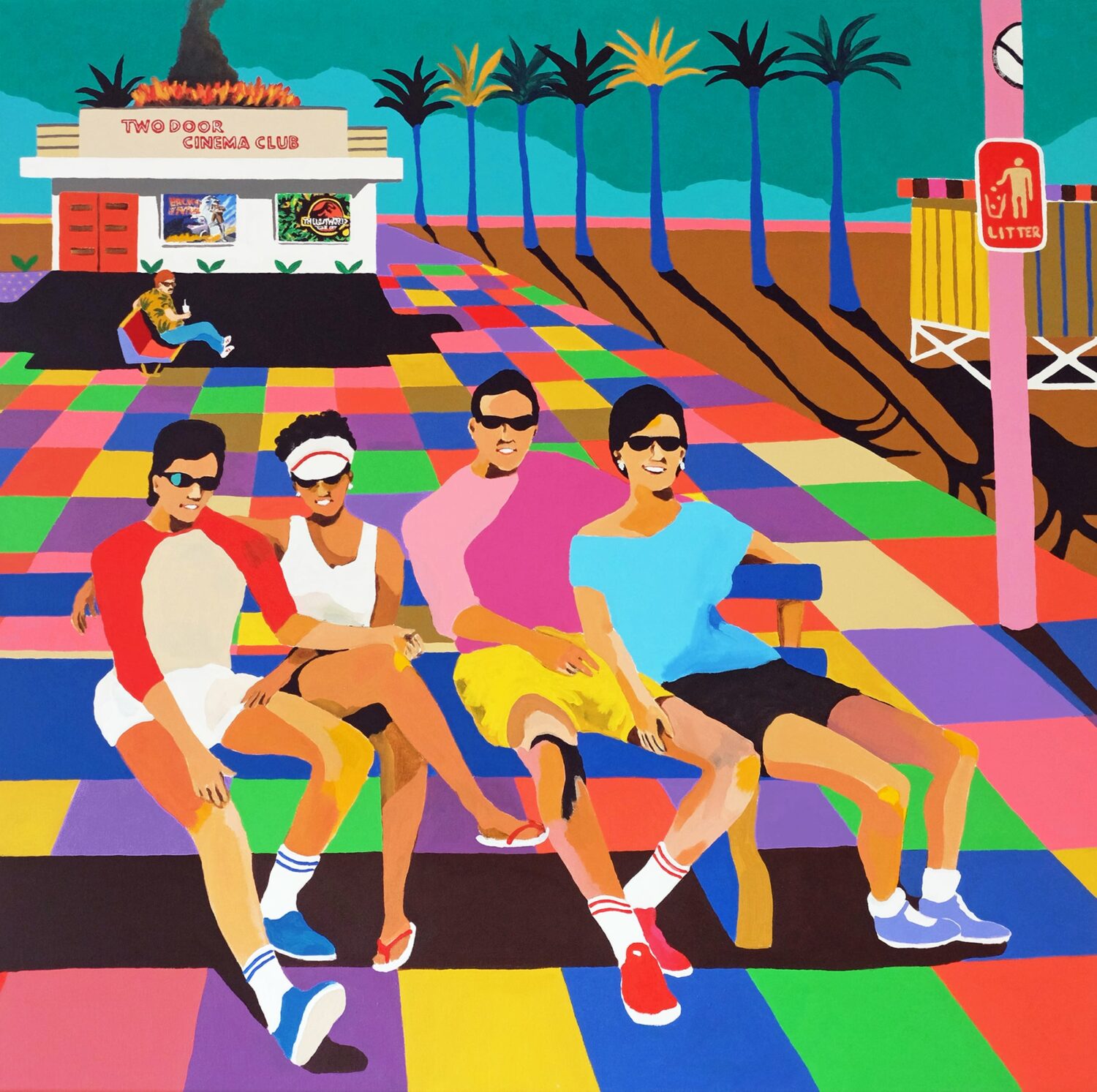 Afforded the time and space to fully immerse themselves in the writing and recording process, the band adopted a freer, more collaborative approach to the creative process with Keep On Smiling. The album was written and produced by the band both during and coming out of lockdown, with additional production from Jacknife Lee (Bloc Party, The Killers, Taylor Swift) and Dan Grech Marguerat (Halsey, Lana Del Rey, George Ezra). The LP’s artwork was created by acclaimed British artist, Alan Fears, known for his vibrant, 80s-inspired style and pop culture references, his signature colorful, theatrical, often humorous, and elementally positive paintings lend themselves perfectly to visually encapsulate the themes of Keep On Smiling.

To usher in this new era, another frantic summer of live awaits one Two Door Cinema Club as they command huge mainstage billings across the likes of Down The Rabbit Hole, Mad Cool, Nos Alive, and Benicassim, before headlining London’s Community Festival. The band have also announced EU and North American tours later this year.